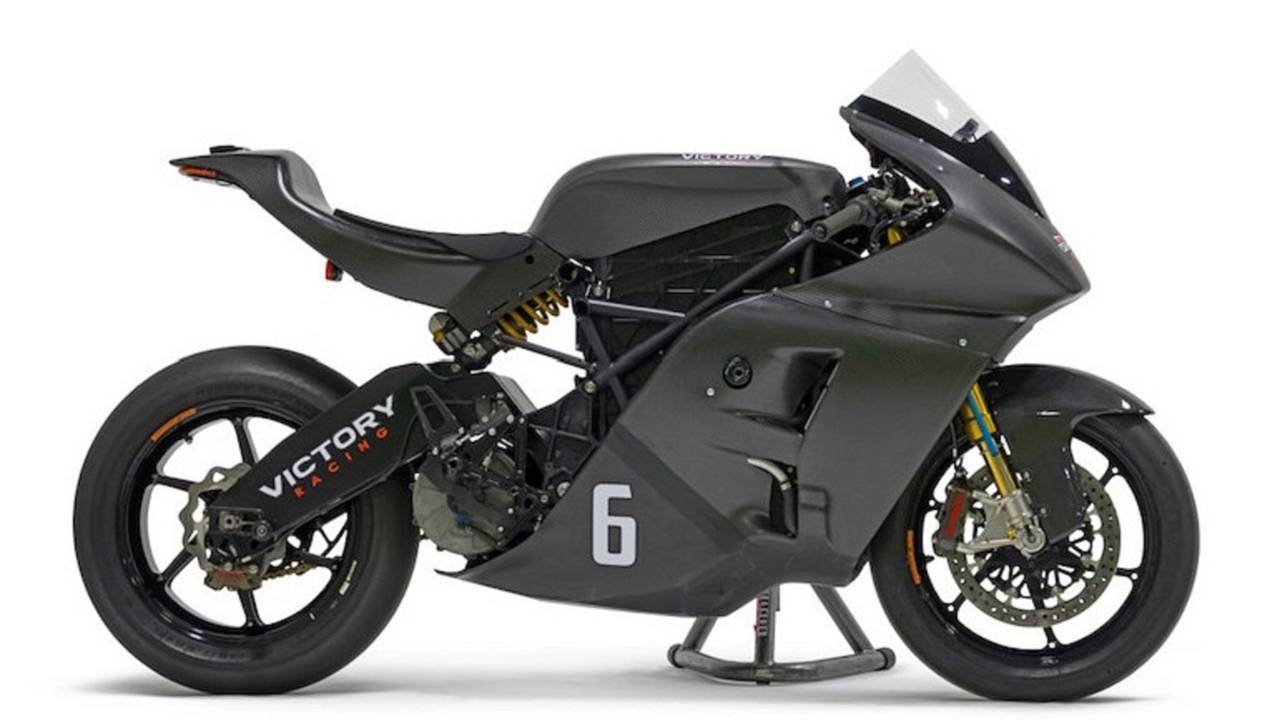 Victory Unveils 2016 Isle of Man TT Electric BikeVictory Motorcycles has pulled the cover off the electric motorcycle with which it will compete in...

Victory Motorcycles has pulled the cover off the electric motorcycle with which it will compete in this year's Isle of Man TT Zero race.

This year's bike, known as the Victory RR, looks considerably less like the rebranded Brammo that managed a podium spot last year. Veteran Isle of Man racer William Dunlop will pilot the bike this year, as was originally the plan in 2015.

Last year, Dunlop was injured shortly before the Zero race and motorcycling legend Guy Martin was drafted in to race one of the two bikes Victory ran that year, the other being ridden by Lee Johnston.

According to Victory Racing team manager Brian Wismann, the bike Dunlop will be riding this year is different not just in aesthetics. The bike will be powered by a new battery set up and an improved motor.

"The newly developed battery leverages the lessons learned from our entry in last year’s TT Zero event,” he said. “The battery is a ground-up new design with the help of our technical partners at Brammo and necessitated a big change in the chassis design... The biggest difference in the battery itself is an improvement in both the overall energy/capacity we’re carrying on board the bike, as well as a marked improvement in the energy density of the battery itself."

Meanwhile, the motor has been tweaked to deliver 170 hp and an arm-ripping 177 ft-lb of torque, with peak efficiency topping 97 percent.

"This year’s features an even further optimised winding configuration based on the data gathered from last year’s bikes, coupled with the increased energy on board in the battery," Wismann said.

Victory Director of Marketing Alex Hultgren says that competing in events like the Isle of Man TT Zero is a way for Victory to improve the quality of the vehicles it manufactures. He said events like this and the Pikes Peak International Hill Climb (in which Victory will also be competing) serve as a test bed for technology that will be used in future products.

"One way we continuously push ourselves in performance is through our Victory Racing initiatives," he said. "The Isle of Man TT is one of the most challenging motorcycle races in the world, so of course we have to be there.

The first practice for the TT Zero is scheduled for Friday, June 3rd, with second practice on Monday, June 6th, with the race itself taking place on Wednesday, June 8th.