This Custom Yamaha Bolt is Basically a Really Fast Clock 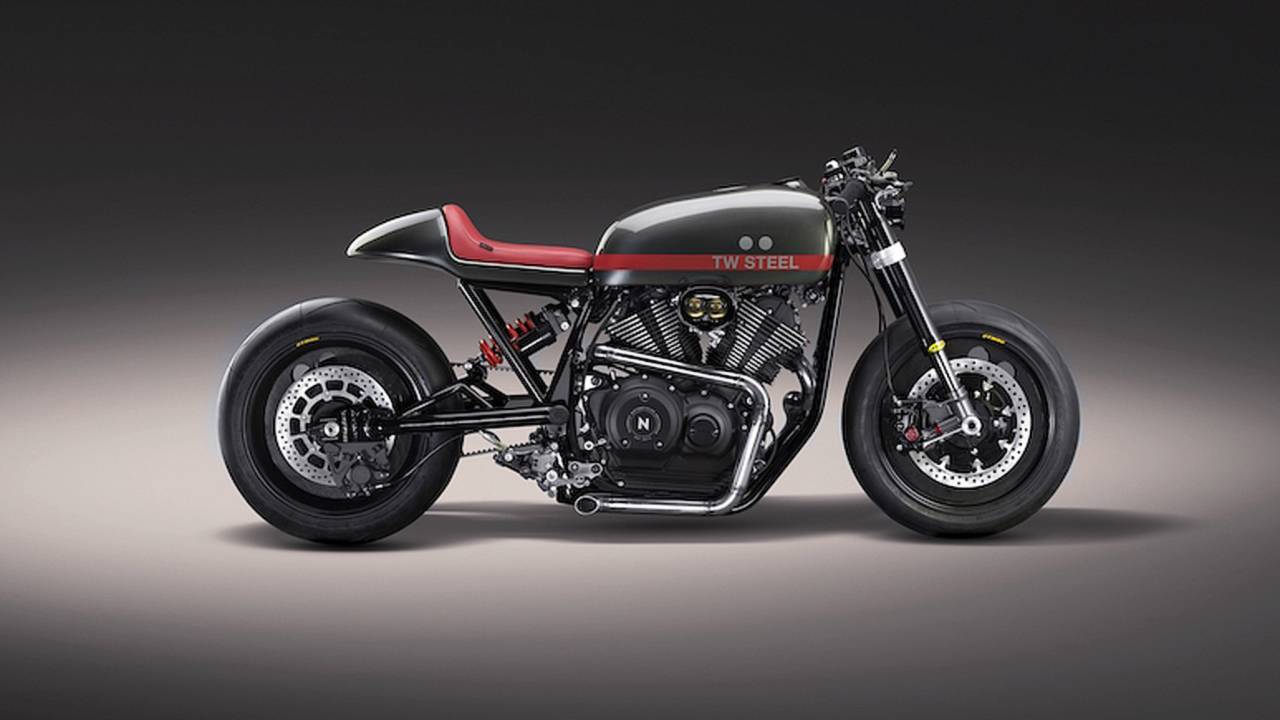 This Custom Yamaha Bolt is Basically a Really Fast ClockYamaha has unveiled another custom bike machine as part of its Yard Built series, this time...

Yamaha has unveiled another custom bike machine as part of its Yard Built series, this time offering a different take on the Bolt.

Known as the XV950 in Europe, this Bolt has been transformed by Amsterdam-based builders Numbnut Motorcycles, who have collaborated with Dutch timepiece makers, TW Steel. The “Son of Time” build bills itself as “a one-off timepiece and unique custom motorcycle.”

That’s right: it’s a clock that also happens to be equipped with a 942cc air-cooled V-twin and can be ridden as a motorcycle.

Numbnuts bike builder Roderick Seibert spent the winter locked in his Amsterdam workshop stripping a Bolt to the bare bones in preparation for the Sport Heritage motorcycle's rebirth as an homage to salt-flat racers.

"I've loved building this bike," he said. "From the start of the stripping process you can get really excited about where we are going to go with this. I really sparked with TW Steel as well, combining our creativity led to some super cool details on the bike. I'm really proud of the finished machine, I believe it stands for old-school cool, mashed up with new ideas, and –– above all –– speed!"

In his quest for straight-line speed, Seibert cut and stretched the frame, losing almost all the standard Yamaha parts, with the exception of the engine. Seibert created a number of one-off Numbnut pieces to define the motorcycle. Bespoke engine covers, air intake, seat and fuel tank give a sense this bike is built for speed while tipping its hat to its spiritual brother, the Son Of Time timepiece.

Fellow Dutch custom builders Nozem built the exhaust to add the right soundtrack while Dymag were called on to deliver carbon wheels to save weight in the quest for speed. A straight-line racer needs brakes to match performance, so the Son of Time gets an upgrade with Brembo monoblock calipers, Brembo 320mm floating discs and a Brembo RCS19 master brake cylinder. PP adjustable brake and clutch levers and Bitwell Kungfu grips put the rider in control and a Motogadget Pro tachometer tells the engine's story.

Son of Time also gets a major suspension upgrade. Seibert turned to K-Tech, using their fully adjustable front forks and rear shock. Keeping the Son of Time glued to the road are a set of Pirelli Diablo Supercorsa tires. A Dynojet Power Commander and Dynojet Quickshifter make the most of delivering the XV950's power and a Baja design LED front light picks out the racing line.