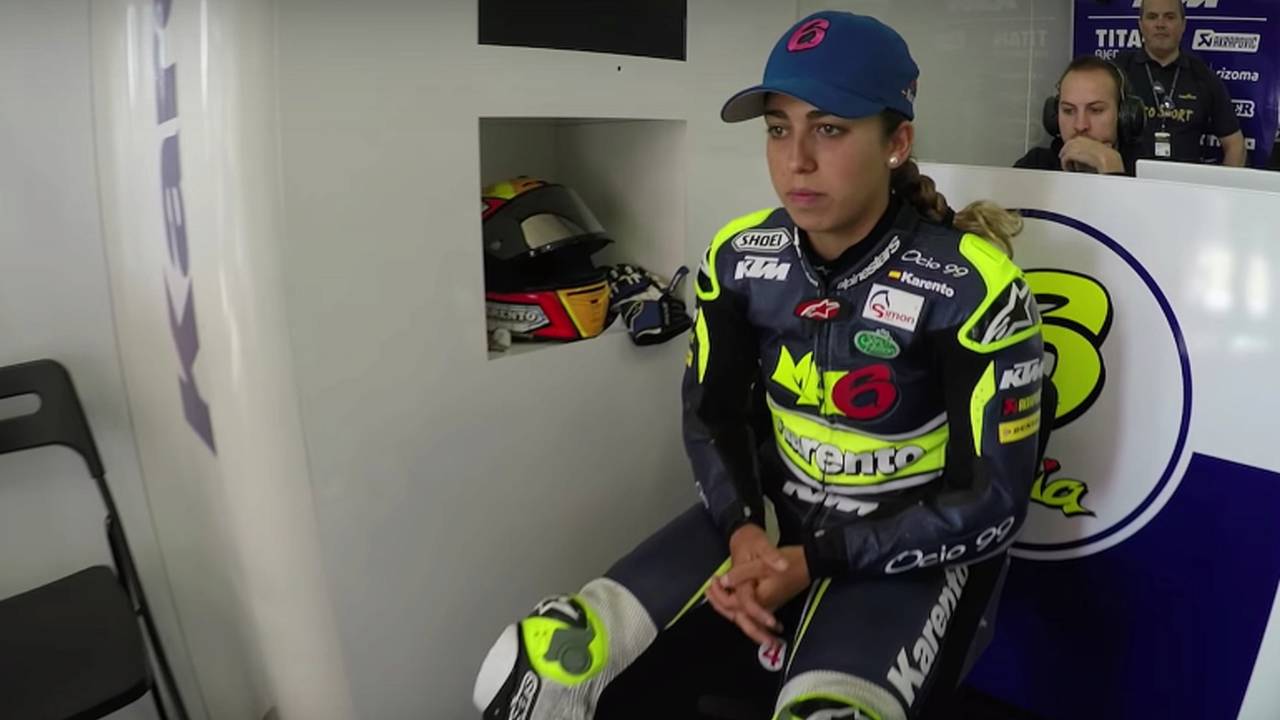 Here’s video that takes a look at rider Maria Herrera, the only female competitor in Moto3 racing.

Moto3 is a class of racing restricted to single-cylinder 250cc bikes, with speeds limited to roughly 140 mph.

In the short video, Herrera offers insight into the challenges of being a female rider in a sport that is still very much male-dominated.

“It’s difficult to find your place because you have to prove over and over that you’re good enough,” she says. “Why don’t you believe in me if I have the same lap time as the winner?”

She also gives insight into the influences that might lead other women to take up racing, talking about the support she receives from her father.

“He’s always there for me,” she says. “He has always believed a girl like me can beat anyone.”