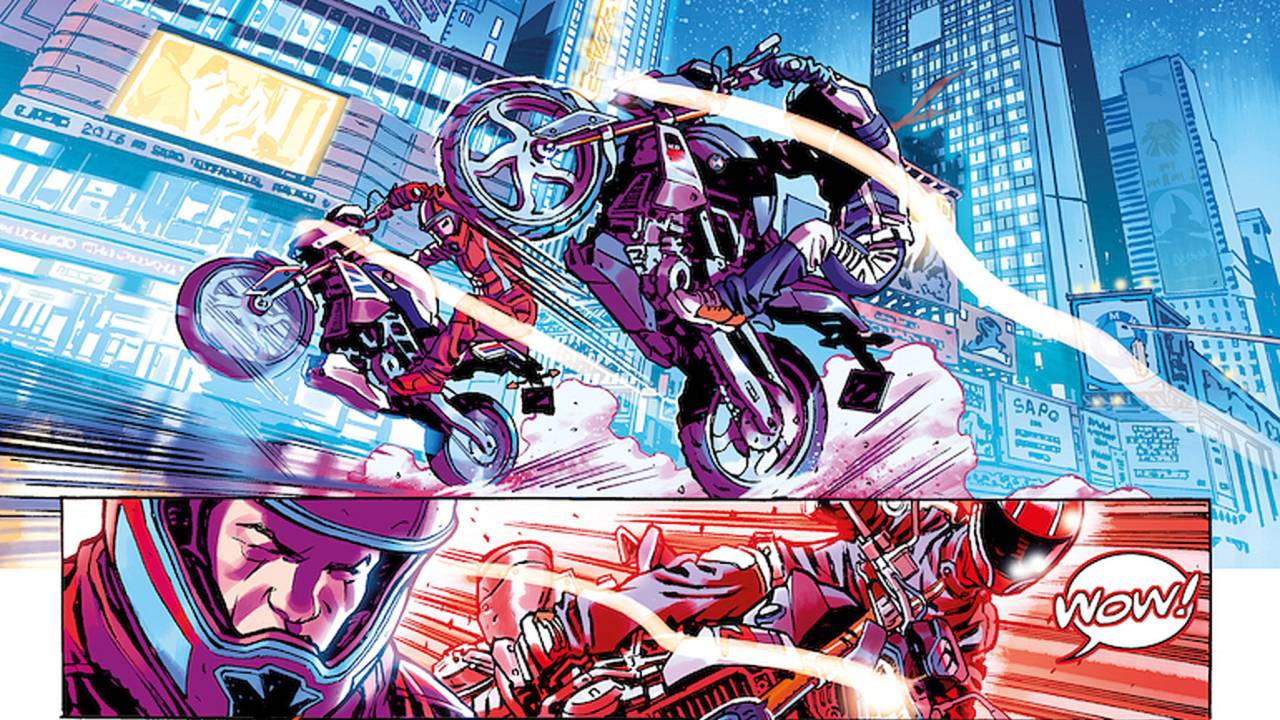 In an effort to show it is down with the kids, BMW Motorrad will be issuing a graphic novel that conveniently centers around its new G 310 R.

In an effort to show it is down with the kids, BMW Motorrad will be issuing a graphic novel that conveniently centers around its new G 310 R.

See You In The Funny Papers:

The comic book Riders in the Storm is set to be released in October, at roughly the same time that the Intermot show takes place in Cologne, Germany. The text and story are being provided by Croatian author and illustrator Darko Macan. Illustration will be done by Riccardo Burchielli, who has worked for more than 15 years as a comic book artist for major publishers such as DC Comics, Marvel, and Dark Horse.

The idea of using comic books to promote motorcycles certainly isn’t new. Harley-Davidson has partnered with Marvel in a number of ways, including in the creation of the short-lived Road Force team of motorcycle-riding superheroes that existed across a handful of special-edition comics.

Road Force were a tech-loving group of Harley riders.

For BMW’s part, the Riders in the Storm story follows policewoman Makani and her allies—including “a wolf with exceptional powers”—as they take on a group of ne’er-do-wells known as the Black Riders

Illustrator Burchielli is an avid motorcyclist and says that riding influences his art.

“It's a feeling of freedom that comes from your ability to move freely in the world like a cowboy,” he said. “It’s also about your connection with your motorcycle, which is rather like a loyal friend. And not least it’s about total relaxation. When you’re riding your bike, that’s all you’re focused on. There’s no room for anything else in your head - you’re totally free at that moment.”

BMW Motorrad and Panini will be presenting their project for the first time at Comic Con Germany in Stuttgart on 25 and 26 June. Tattoo model Makani Terror (the inspiration for the comic’s main character) will also be in attendance, and an exclusively designed Art Bike version of the new BMW G 310 R will be on show.