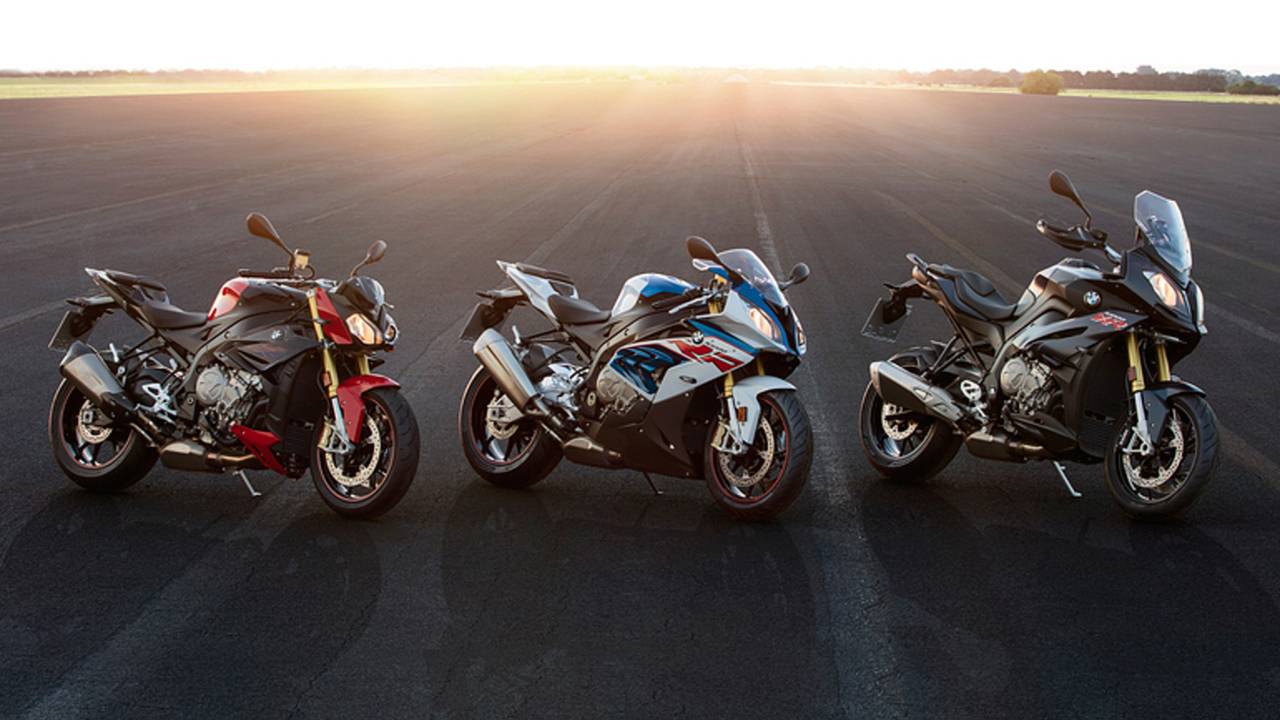 BMW has unveiled a number of wonderful motorcycles already at Intermot 2016, including two new members of the R nineT series. But for those whose personal riding philosophy runs to the “more is never enough” side of the equation, BMW also provides the S 1000 series. For 2017, the stonkin’ RR adds ABS Pro as a new optional equipment element, and traction control as standard. The single-seat model is standard, with an optional passenger package as a free alternative. Power output remains unchanged at a modest 199 horsepower at 13,500 rpm.

The previous red and blue with white color schemes are back, joined by a new Granite Gray/Blackstorm metallic scheme. Design Option wheels with red rim lines are standard on the Racing Red model.

The R model gets a power bump to 165 hp at 11,000 rpm, and a 5lbs. weight loss thanks to a lighter subframe. The sporty HP titanium muffler emits a more rorty sound, and ABS Pro and Shift Assistant Pro are optional. The R also gets “vibration-free handlebars for a further increase in comfort,” according to BMW.

With a new fairing, the “asymmetrical breakdown of the headlamp is the dominating feature along with the large central air inlet, the latter clearly demonstrating that fresh air and the airstream are being converted into forward propulsion and power.”

The R’s side panels and passenger seat have also been restyled for 2017. In addition to red and blue color schemes, the R is available in Catalano Gray non-metallic, giving it, BMW says, “a particularly powerful and potent appearance, interpreting the combination of technology and dynamic performance in a strikingly masculine way.”

The XR also climbs to 165 hp, and a payload increase of 24 lbs. The 2016 color options are joined by the new Ocean Blue metallic matt. The sporting adventurer also gets the anti-vibe bar, with “softer isolating elements on the handlebars that effectively prevent even the finest vibrations from being passed onto the handlebar ends.” (An improvement over previous models, then. We look forward to test riding it –Ed.)