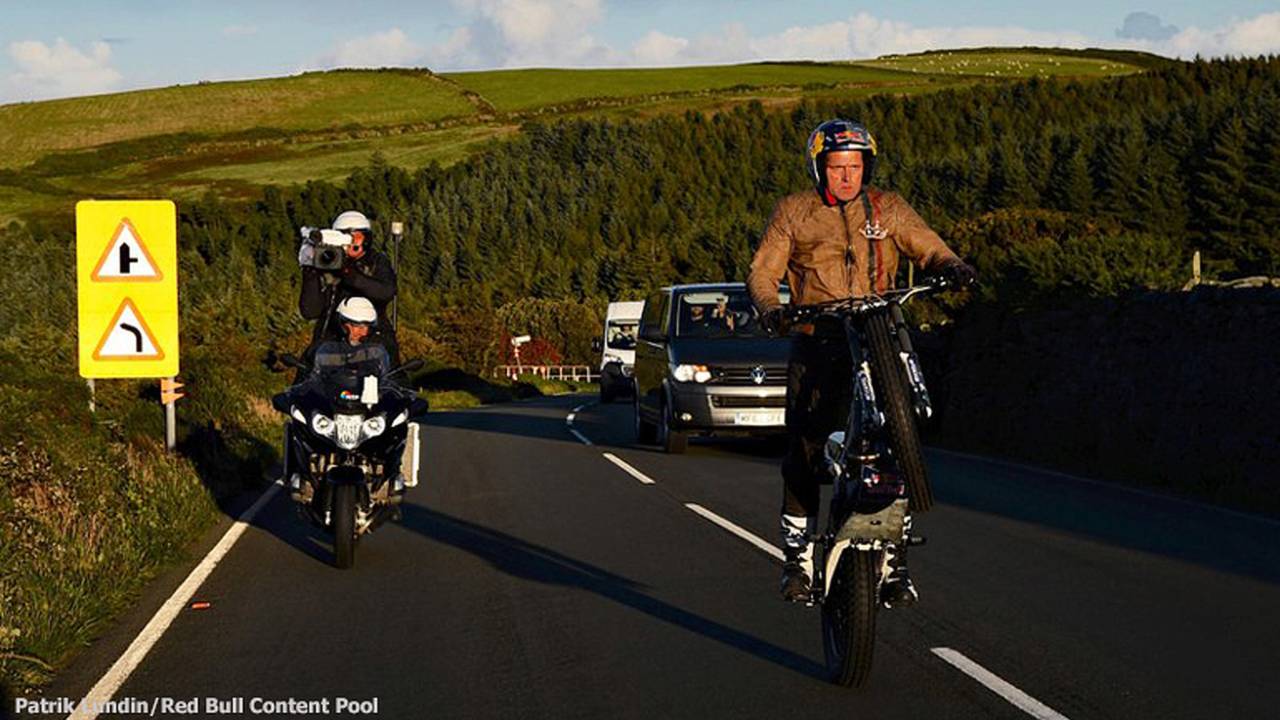 Trials champ Dougie Lampkin made history by mono-wheeling the 37.7-mile Isle of Man TT course. After a 24-hour weather postponement, The British ace set off down Bray Hill just after 5pm to navigate the treacherous TT circuit on the rear wheel of his modified Vertigo 300 trials bike. Lampkin was visibly in pain as he rolled back down Glencrutchery road just over an hour and a half later. But he did it.

“That’s right up there with getting ready for the final round of a World Championship,” Lampkin said afterwards. “It was tough from the off. I was very tense at the start and sort of went a bit too fast and used way too much brake but I couldn’t help myself. When I went up on to the mountain my left leg was putting so much pressure on the bike it was just solid!"

The challenge was magnified by the fact that the Snaefell course wasn’t completely closed for his attempt. Lampkin also had to contend with traffic coming from other direction.

“We had a couple of issues with the traffic coming the other way on top of the usual challenges the TT course presents. All of those things were out of my control though so I had to concentrate on my job but it certainly made it more intense!”

The bike had been modified to make the attempt possible, including adding footpegs to the rear axle, a second rear brake and an electric motor to keep the front wheel spinning for balance. Check out the video recap from RedBull below for a glimpse of the 12-time world champion in action.