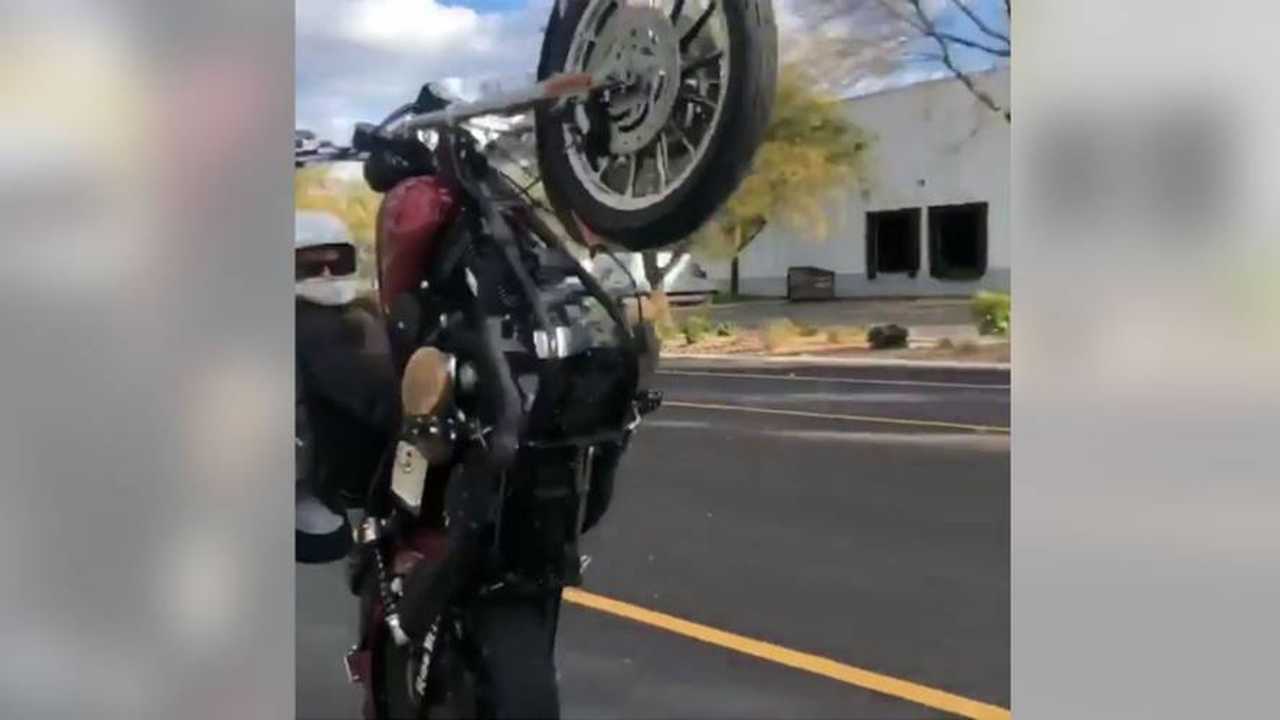 What was he even doing?

Over and over again you watch and wonder what caused this rider to seemingly stomp on his back brake—especially mid-wheelie. It’s pretty common knowledge that good things rarely come to those who single-brake suddenly but there it is: his front foot comes down hard and fast on the brake pedal just before his ride is launched into misery.

Thankful For Wheelies This Thanksgiving

One theory is that a moment before the whole stunt goes terribly awry, his back fender hit the road, which may have caused the stunning sequence of events. Then, when his front end landed, the momentum tosses him forward and over the bars at which point he likely both hands instinctively grabbed the bars (and squeezed the front brakes) in a desperate bid not to go flying forward off and in front of the now uncontrolled projectile. That caused the front end to twist, which is when he lost his mirror. Then the whole thing goes sideways, literally.

The bike did him a solid though and absorbed his fall, which is considerate since it was the rider's fault for getting them into the predicament in the first place. I wouldn't have blamed the bike for letting our man take the brunt of the crash. Not at all.

Somehow, it seems Mr. Stunt-Cannot escaped relatively unharmed. Even after the impressive body/face slam since we see him hopping to his feet. Though, it’s easy to assume he’ll be spending some time counting bruises, thanks to having all his gear on he might be able to do that from home instead of from a hospital bed.

Still, why do riders stunt when there are cars around? Not only does it reinforce the stereotype that we’re all morons, but it increases the risk that the bike and rider, having somehow escaped fatal self-inflicted damage, will then be struck by a nearby mobile box of steel. It’s all a bit confounding.

Wheelies are wheely cool (I see what you did there -JM), but how about practicing the already-dangerous stunt where the only person you’ll hurt is yourself?