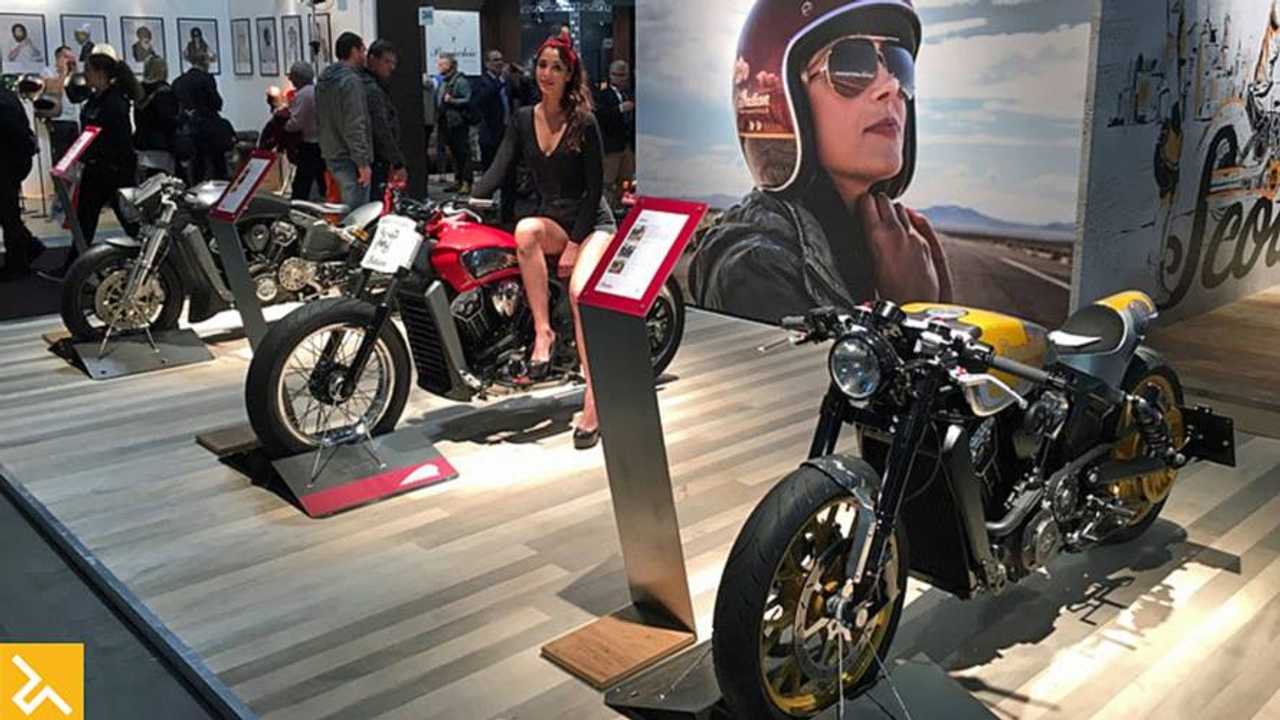 The touchscreen electronic rig, now standard on the Chieftain and Roadmaster, features a 7-inch screen that “lets the rider navigate, see ride statistics and how the motorcycle is performing as well as giving first class music entertainment.” Riders can customize screens to monitor statistics like run-time, the mileage to next oil change, engine hours. They can even track the altitude change over a ride.

Riders can connect their phone to Ride Command using Bluetooth or they can place it in a special slot in the top of the fairing and connect directly to a USB socket. Ride Command makes it easy to listen to music as you ride. You can easily switch between radio stations, stream music from your phone or play music from a USB stick. Software updates are free for life (updated using a USB stick and computer) and regular software enhancements will continue to make Ride Command the best infotainment system in the industry.

Owners will also get three years of free map For Europe, the Scout Sixty can now be made A2 license compliant. Dealers will fit a restricting kit before delivery, dropping the 78-hp engine to 47. After two years the kit can be removed and Scout Sixty will return to its full 78 hp. Scout (the 69-cubic inch version) will also be A2-compliant later in mid-2017.

The Scout gets two-tone paint this year; Indian Motorcycle Red over Black and Brilliant Blue over Pearl White with Fireball Red Pinstripe. On the two-tone models, the Indian Scout logo on the fuel tank is replaced by an Indian headdress logo. The Chief Vintage also appears in two-tone dress; Indian Red over Ivory Cream and Springfield Blue over Ivory Cream. The Springfield is offered in Steel Grey over Burgundy Metallic with Silver Stripe and Springfield Blue Metallic over Star Silver.

The Chieftain shows in two new colors, White Smoke and Wildfire Red over Thunder Black. The Indian display also included the “Wall of Death” Scout that Guy Martin rode to the world record. The brand also had the Spirit of Freedom Scout (built by Styrian Motor Cycle in Austria) and Apache One (built by Naumann & Co in Germany) on show. Indian is currently running a campaign where anyone test riding a Scout or Scout Sixty between now and March 2017 are entered in a draw to win a Super Scout Sixty Tank Machine custom bike built by Indian Paris.

Riders may enter the contest at www.win-scout-sixty.com Note: residents of Italy, Finland, Portugal and Sweden cannot enter the draw due to local contest rules. This year Indian Motorcycle announced its return to professional AMA Pro Flat Track racing with a three-rider team and a newly developed Indian Scout FTR750. The engine was developed in just six months by a team at Polaris Swissauto based in Burgdorf, Switzerland.

“Indian Motorcycle has its DNA in motorcycle racing,” said Gary Gray, Product Director for Indian Motorcycle. “We will continue that push towards excellence with our production bikes and in competition with the introduction of the Indian Scout FTR750.”