A Collection of 100 Motorcycles Crushed in Philippines 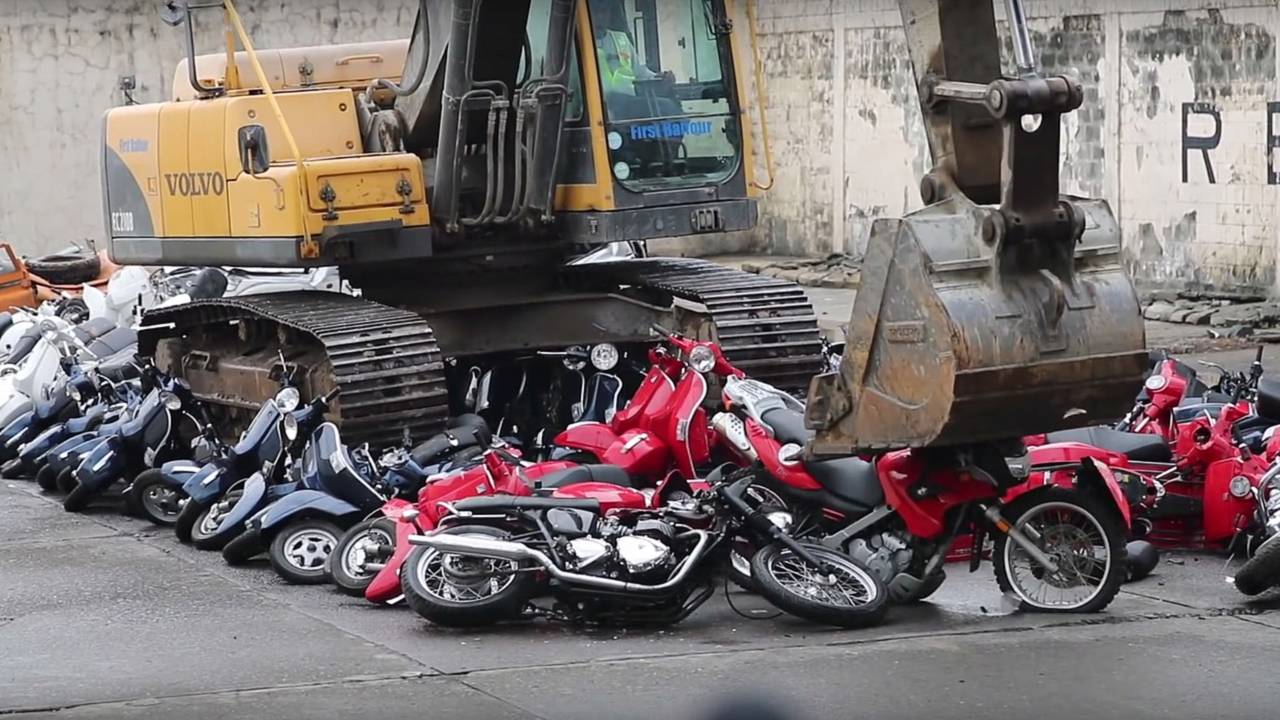 A collection of 100 motorcycles valued at $640 000 was destroyed in Asia. The vehicles had been smuggled and the president served a slice of justice.

Caution: the content you are about to see may be shocking. Viewer discretion is advised.

Smuggling is no laughing matter, and few leaders are as serious about it as Filipino president Rodrigo Duterte who recently scrapped over a half a million dollar worth of fancy—and illegally imported—motorcycles.

A total of 122 smuggled vehicles, 100 of which were motorcycles, faced death by excavator by order of president Duterte. The high-end lineup included models of Triumph, a BMW and even a Harley-Davidson. Total value of the catch? £500,000, or roughly $640,000.

The decision to destroy them instead of auctioning them off came from the president’s ongoing battle against drug smuggling. He hopes that by getting rid of the vehicles, it will deter the smugglers from pursuing their illegal activities.

BIKES CAN BE INVESTMENTS : Time To Invest: Value of Vintage Motorcycles on the Rise

Duterte, an avid rider himself, felt the same pain we did watching the bulldozer butcher the collection—I particularly winced at the Bonneville.

“When the excavator crushed the Harley it's like I also got hit in my neck. What a waste,” he said.

This isn’t the first time the Filippino government opted to destroy smuggled vehicles. A similar episode happened back in February where a lineup of 20-plus illegal luxury cars worth over a million dollar had to be destroyed. Let’s all observe a minute of silence for the fallen.