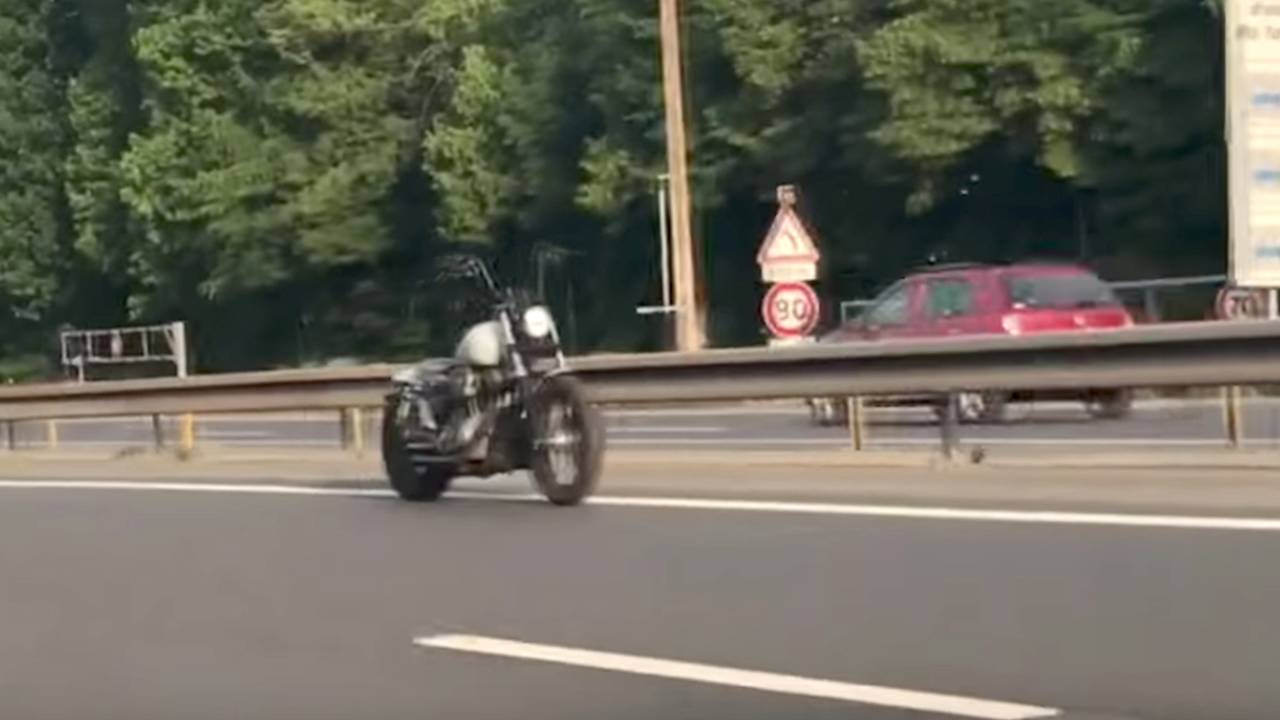 Parisian commuters spotted a ghost bike cruising down the A4 motorway with no one in the saddle.

Commuters on the A4 motorway just outside of Paris got quite a shock the other day when a white motorcycle went speeding down the shoulder with no one in the saddle.

According to The Sun, it was a normal Wednesday in late May when a number of motorists saw a white motorcycle cruising down the A4 motorway sans rider. As you can imagine, the cameras came out almost immediately and a number of commuters caught the bike on video.

"On the video, we can clearly see the two-wheeled... without a biker. A ghost!" one unnamed driver who witnessed the event told The Sun.

Of course, like most things that are too good to be true, the bike (Looks like some flavor of Harley to me, but thanks to the grainy footage it's hard to tell. –Ed.) wasn't actually being ridden by a ghost. No, sadly there was a more mundane explanation. Apparently the bike's owner was involved in a collision with another vehicle and was knocked clean off the bike. The car driver involved picked up the rider, who had injured his arm, and went looking for the motorcycle. When they were unable to find the bike, the driver took the rider to the hospital.

“The pilot may have fallen, and in view of the motorcycle, with a very low center of gravity, it was possible to continue its journey,” he said. “I’ve seen motorcycles ride like this even longer, especially with the cruise control blocked.”