UK Motorcycles Sales Down in 2017 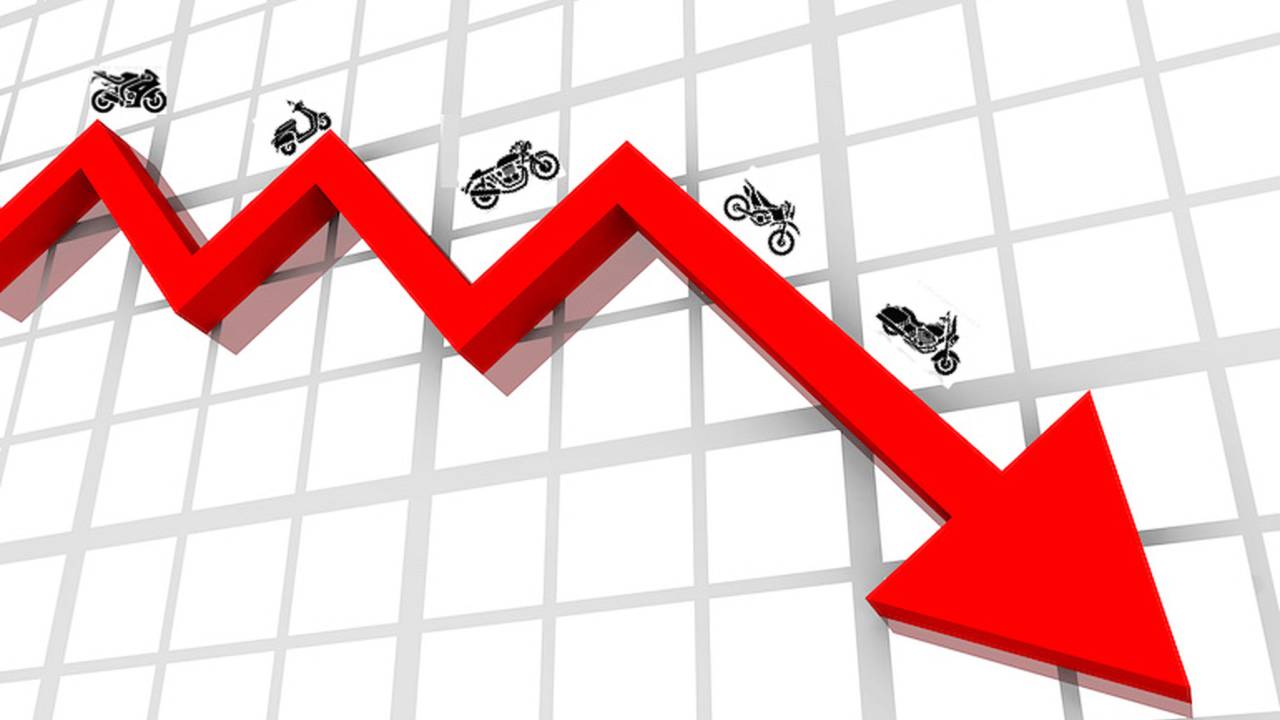 December was the UK’s worst month for motorcycle sales in 2017, but does that actually mean the industry is in trouble in Britain?

After a bad year of motorcycle sales, the UK motorcycle industry reports December figures are even worse. The industry had until recently been bucking the downward trends seen in the United States but seems to have hit a major bump in the road. The final month of 2017 marked the biggest dip in new motorcycle registrations - the metric used there to accurately indicate sales numbers.

READ MORE: How to Save Motorcycling in 5 Easy Steps | RideApart

Across the board, the Motorcycle Industry Association (or MCIA) claims sales in December were down by 51.3 percent compared to the 2016 year. December also marked the the lowest point in the year in terms of overall sales. Year-to-date sales were reportedly down by 18.5 percent with roughly 22,000 fewer sales in contrast to 2016. The entire year saw declining sales, but starting in July, the drop-off became more substantial, surpassing 13 percent. This figure isn’t taking mopeds into account either, which saw a whopping 59.1-percent sales decline in December and an 11.6-percent decline over the course of the entire fiscal year.

The MCIA cites several reasons explaining the dramatic downward trend. The association says strict Euro4 emissions regulations are partially to blame, as is the general lack of consumer confidence that has plagued the United Kingdom since the Brexit vote. The MCIA also points out that the deadline to register non-Euro4-compliant bikes was the end of December of 2016. This means many dealers pre-registered bikes in the final month of 2016 that were then sold in 2017. Doing this may have dramatically inflated numbers for 2016 and given a false impression of success.

Though this December’s figures marked the most substantial decline in 2017, other months also saw major decreases in sales when compared to 2016. August - a popular time to purchase new machines - experienced a decline in motorcycles sales of almost 14 percent in contrast to 2016, and a drop of more than 25 percent in the month’s scooter sales compared to the previous year. The MCIA did report a 9.4 percent uptick in sales in the “Other” category (Ebikes, powered mountain bikes, motorized two-wheelers that don’t necessitate a license, etc), the only positive number reported by the MCIA for August of 2017.

“Phasing out Euro3 for new bikes definitely caused a distortion in the market," he explained. "We estimate between 12,000 and 15,000 extra new machines were registered in 2016 to meet the December 31 deadline and that in a normal market, these would have been registered during 2017. This was particularly evident in December. Uncertainty around Brexit may also have affected consumer confidence, but the long-term indicators for motorcycle and scooter use are good."

Interestingly, some UK-based manufacturers like Triumph experienced a record-setting year in 2017 in other markets.

Like 2016, the “naked” class was by far the best selling genre of motorcycle in Britain in the month of December, even with a 35.5-percent drop compared to last year, almost 2,000 new units were sold (or registered rather). Hopefully 2018 comes with better luck - and fortunately for the manufacturers - the bar has been set pretty low.