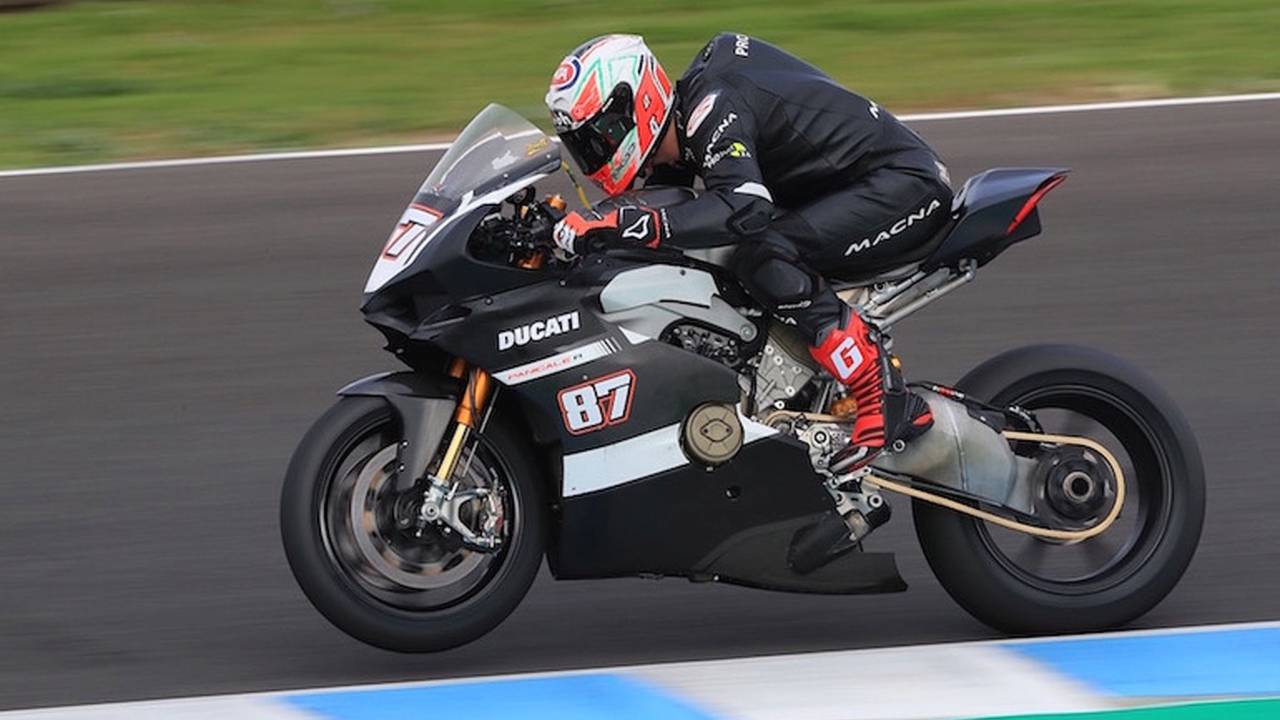 Teams participating in the 2018 Motul FIM Superbike World Championship just finished this season’s first round of testing at the world famous circuit at Jerez, Spain. In addition to Chaz Davies and Marco Melandri testing out their Panigale R’s, Ducati also had another machine at the track that day—the new V4 Panigale. The Italian marque called on its go-to test rider, Lorenzo Zanetti, to thrash the new halo bike around the track for a bit. and after seeing Zanetti’s lap times, Ducati may be entering the V4 into competition a year earlier than originally anticipated.

Though Zanetti had been helping the company ready its new V4 for the 2019 season, Australia's Motorcycle News says that team manager Serafino Foti hasn’t quashed the possibility of the bike racing in 2018.

“There is a lot of work to do but if by the middle of the season the bike is ready, then we can perhaps test with Chaz and Marco, although the goal is to have it ready by February 2019,” said Foti.

During the six-hour session at Jerez, Zanetti put in 64 laps aboard the Panigale V4, ending the day with a lap time of 1m41.665. That time placed him 15th for the day, just ahead of Yonny Herndandez and recent American addition Jake Gagne.

Ducati has experienced decent success in recent years in production-based racing, but the new V4-powered flagship may very well be what Ducati needs to take home a championship title. If the new V4 is ready to go, there doesn’t seem to be much reason not to utilize it, especially if it genuinely is superior to what it's currently running. A MotoGP-derived WSBK racer isn't a bad way to go, just ask Yamaha.