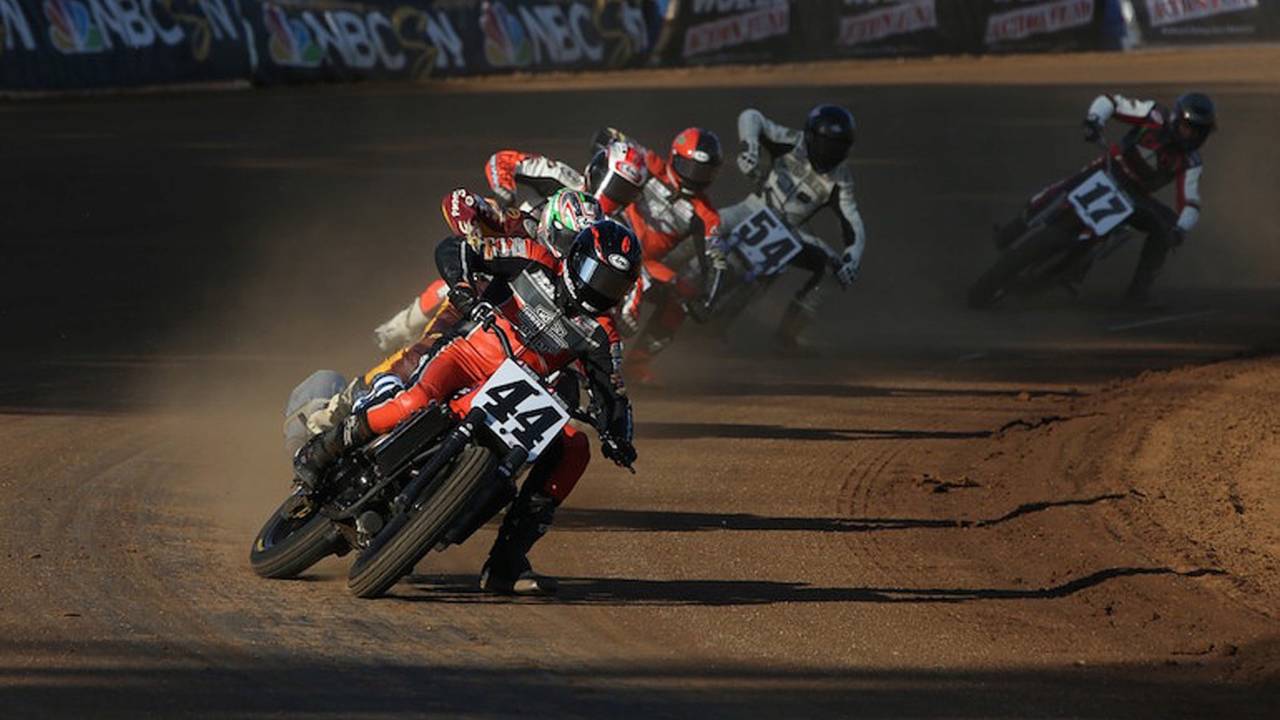 The Harley-Davidson/Indian flat track rivalry heats up as Harley announces new riders and a spruced up XG750R for the 2018 American Flat Track season.

With two new riders, one returning pilot, and a revised bike, will 2018 be the year H-D takes down Indian?

Indian’s domination of American Flat Track’s elite Twin Series last year seems to have lit a fire under Harley-Davidson. In an effort to reclaim the proverbial throne from the legendary Wrecking Crew, Harley announced its trio of riders for the upcoming season, a roster that includes two seasoned racers and a rising star in the AFT scene.

This year, along with the new riders, Harley hopes its newly refined XG750R machines will give Indian’s FTR750 a good run for its money throughout the 19-race AFT series. Partnering with H-D’s factory team is Vance and Hines Motorsports, and together the two companies have refined the XG to ready it for what will be H-D’s 65th consecutive flat track season.

“American Flat Track has new energy behind the sport and fans responded. They’re heading to the track to see the action live and tuning in from around the globe to the catch the racing broadcasts,” said Scott Beck, Harley-Davidson Director of Marketing, adding, “Harley-Davidson made an investment to help build AFT and we are excited to see this growth in a truly all-American motorsport.”

At the heart of the 2018 XG750R is a race-modified, liquid-cooled, fuel-injected, 750cc Revolution X V-Twin, a power-plant initially engineered for H-D’s Street 750. The XG’s thoroughly massaged Revolution X engine was designed and engineered at the Willie G. Davidson Product Development Center in Wauwatosa, Wisconsin. Vance and Hines stepped in to assist with the development of the XG’s chassis and with engine tuning.

So who will be piloting these torquey V-Twin-powered racers this season?

The first Factory rider is veteran racer Sammy Halbert. Since his inaugural season in 2006, Halbert has managed to take home an impressive 13 wins in Grand National Competition. He finished runner-up in the 2012 championship, and third overall in the Twin championship in 2015. Halbert has accomplished quite a few other noteworthy feats such as being crowned “Ricky Graham Rookie of the Year” in 2006 after nabbing his first win at a Grand National race at the 2007 Castle Rock TT. Last year, Halbert finished fourth overall while racing for Estenson Logistics, where the 30-year-old Washington-resident earned five podiums, and over a dozen top-ten finishes.

2018 will be Robinson’s second year racing for Harley’s Factory Flat Track team. Last season the 27-year-old delivered consistent results in the form of nine top-10 finishes, closing out the season in seventh-place overall in the AFT Twins class.Robinson first caught the world’s attention in 2008 when he was the AMA Basic Twins class champion, but it wasn’t until 2013 that Robinson really had his breakout year. That's when he took home seven top-five finishes and three race wins – including a sweep of both Twins races at the Springfield Mile. The year prior to signing a contract with the Factory H-D team, he clinched his fourth career win at the Lima half-mile, as well as two other podiums, finishing third overall in GNC1 points.

Jarod Vanderkooi (pronounced: VAN-der-koy) popped-up on the flat track world’s radar in 2015 when he was given the “GNC1 Rookie of the Year” Award after scoring four top-10 finishes and placing 12th in the points. Since then, Vanderkooi has continued to be one of the rising stars on the AFT circuit. In the 2016 season he finished tenth overall in the standings, though he did earn three top-five finishes. During the 2017 season, Vanderkooi won eight top-10 results and finished the 2017 AFT Twins season in ninth place while riding for the Richie Morris Racing Team.

Even if you don’t have a contract with H-D’s factory racing outfit, the 750cc XG Revolution X V-Twin is available for sale to anyone with enough dough through Harley-Davidson dealers today, and can be modified for racing use by aspiring dealers and privateers. The 2018 racing season kicks off during Daytona Bike Week on March 15 at the AFT Daytona TT which will be raced on a new, enlarged course constructed inside the iconic Daytona International Speedway.

Will the revised bike and new riders be enough to take down Indian in 2018? Only time will tell.