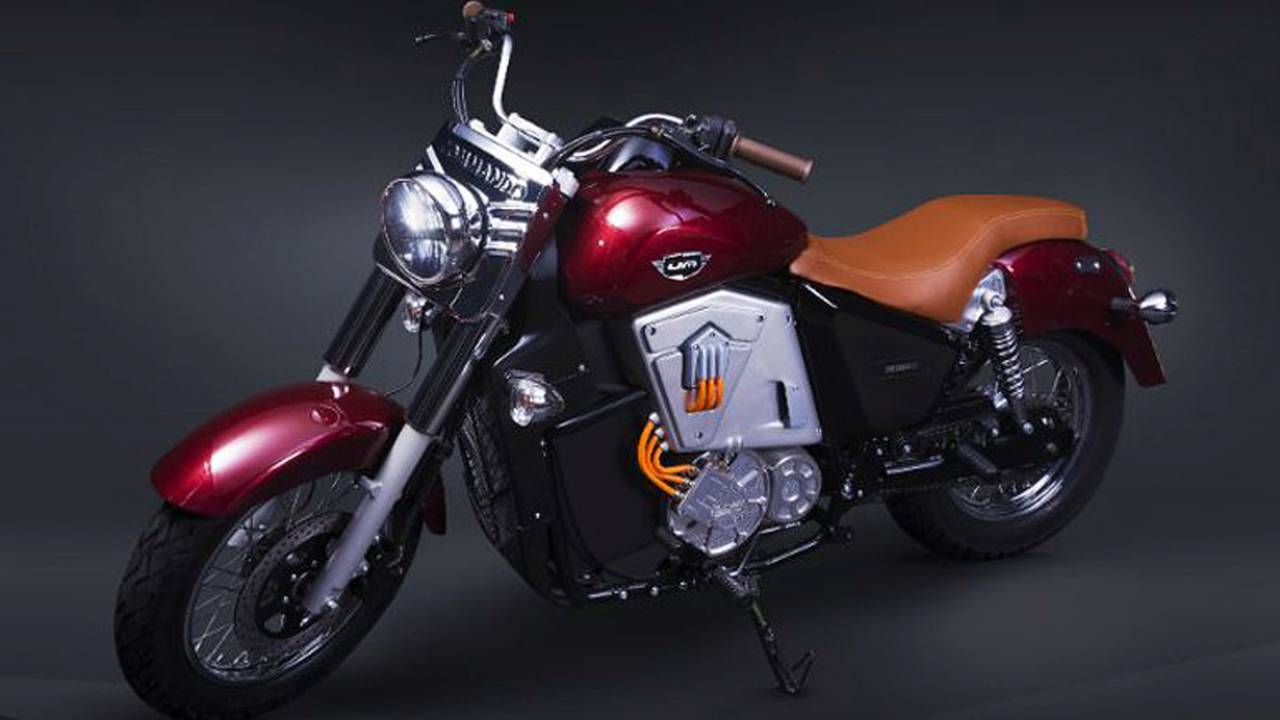 The new UM Global Renegade Thor, an all-electric cruiser with a five-speed transmission, was just unveiled at a car show in India. It sure is something.

A supposedly American company that sells what look like tarted up Chinese motorcycles under its own name is showing off a new electric bike called the Thor at an Indian auto expo.

So, there's this "Motorcycle Company" called UM Global. UM claims to be an American company headquartered in Miami, Florida, – an HQ, mind you, that's a rented suite in a low-rise office building on Biscayne Boulevard – that sells lightweight, off-brand sportbikes, enduros, scooters, and cruisers. These bikes – which are all powered by small-displacement singles – kinda sorta look like Xcross' bikes with the numbers filed off. That's totally weird, since it doesn't say anywhere on UM's site anything about Xcross. That's weird, right? Anyway, UM unveiled an electric version of their Renegade cruiser called the Thor in India this week.

According to IndianAutosBlog, UM rolled out the Thor at the 2018 Auto Expo in Greater Noida – part of the country's National Capital Region. Looking for all the world like a three-quarter scale metric cruiser, the Thor is apparently powered by a high-output lithium polymer battery that comes in three different capacities – 27 kWh, 15 kWh, and 7.5 kWh. These batteries give the Thor a range of anywhere from roughly 168 miles for the big 27 kWh battery to around 50 for the 7.5. The company claims that the on-board charger is compatible with level 1, 2, and 3 chargers and can charge the battery in as little as 40 minutes with the fast charger.

The bike's water-cooled electric motor puts down a claimed 40-ish horsepower at 8,000 rpm and 51 foot-pounds of torque. That's respectable enough, especially in such a small bike. The weirdest thing about the Thor's drivetrain – well, one of the weirdest things at any rate – is that it comes with a 5-speed trans and hydraulic clutch. You don't typically see manual transmissions on electric bikes, but apparently some engineers believe that using one is a good way to get higher speeds out of smaller motors with less draw from the battery. It seems like mechanical loss would eat up any gains in that department, but I'm not an engineer.

Styling is pretty bog standard, which makes it look for all the world like a generic "motorcycle" from Grand Theft Auto or some other game with thinly-veiled real word vehicle analogs. It has forks up front and twin shocks out back, single disc brakes front and rear, a swoopy, teardrop-style tank (probably packed full of electronics), and the pièce de résistance, a big chrome headlight mount that's totally not ripped off from Harley-Davidson.

There's no word yet on whether or not the Thor will be available here in the States any time soon, or what it'll cost, but it's priced at 4.9 lakh (roughly $7,800) in India. That may not sound super pricey on the surface, but if UM is just importing Xcross bikes – bikes you can buy on Ali Baba for between $600 and $900 depending on how many you buy at a time – that kinda seems like a lot even with the electric conversion.