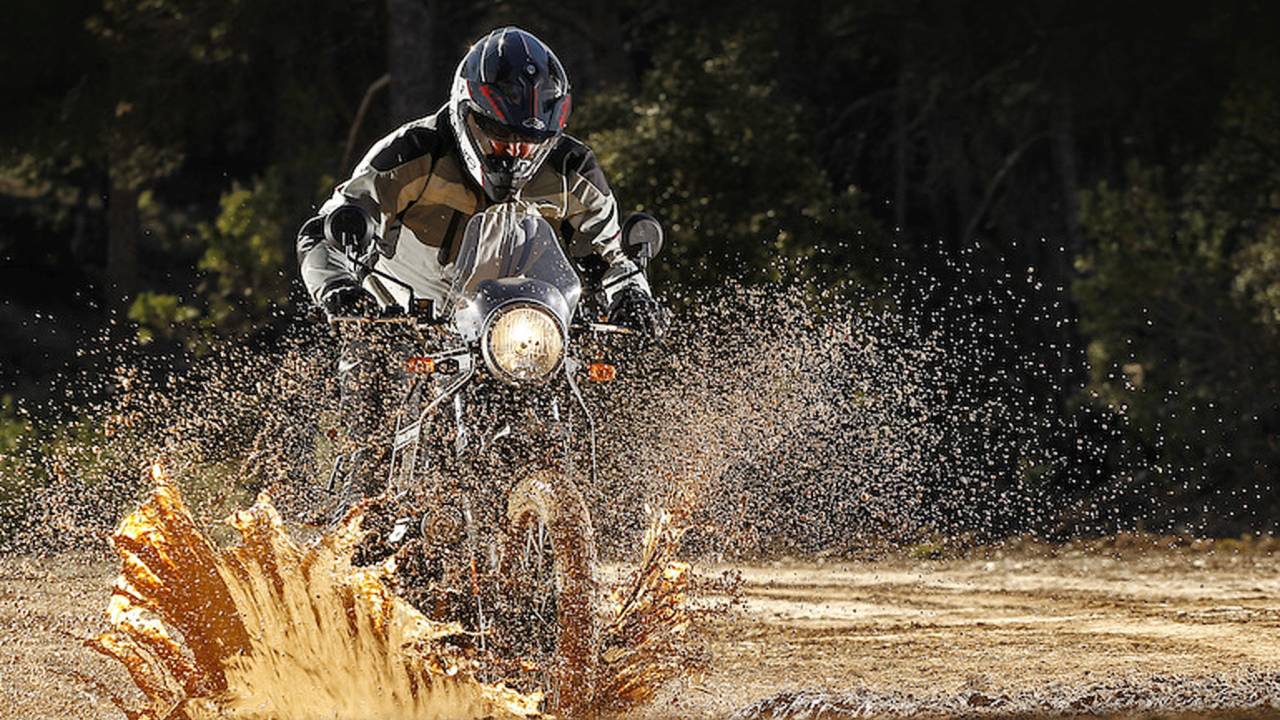 Over the past few years, Royal Enfield has introduced a handful of new models to bolster its customer base while making an effort to tap into new markets. Though we’ve been aware of RE’s Himalayan for a little while now, the lightweight ADV machine is finally coming to (North) American shores starting in April 2018. The company’s press release describes the Himalayan as a “return to pure motorcycling”, referencing the relatively simple nature of the newly released model.

“It’s a fun, versatile, and non-extreme motorcycle that everyone from experienced riders to new riders will enjoy,” said Rod Copes, president, Royal Enfield North America. “This launch begins a new chapter for Royal Enfield in North America. We are the only motorcycle company focused solely on the middleweight segment, and we believe this space is severely underserved. The Himalayan will join our other motorcycles in providing an experience that is fun, accessible and affordable – back to what motorcycling used to be in the early days.”

Designed and engineered specifically for on/off-road use, the Himalayan is powered by RE’s new air-cooled, four-stroke, fuel-injected, LS 410 (411cc) single. This new mill makes a claimed 24.5 horsepower (at 6,500rpm) and 23.6 foot-pounds of torque (at 4,250rpm). RE says the LS 410 offers ample torque and usable power, even at low RPM, which translates to fun and easy riding on tarmac or dirt.

With the Himalayan, Enfield’s aim was to deliver a machine with genuine ADV riding and touring capabilities. With a claimed 60-plus miles-per-gallon and a four-gallon tank, the Himalayan boasts a 250-mile range on a singe tank. The machine’s ergonomics have also been set up to allow for a comfortable, upright, all-day riding position.

A WRENCH IN THE PLAN: How US Tariffs Could Hurt Enfield’s New Models

The 2018 Royal Enfield himalayan in "Snow"

Enfield has also developed a handful of accessories such as aluminum panniers, engine guards, aluminum cross-braced handlebars, and billet handlebar weights to dress up the Himalaya. In addition, the company says it will continue to release additional parts and accessories over the next few months/years. The Himalayan will be available at Royal Enfield dealers across North America with an MSRP of $4,499. The model will be available in two different color options: Granite and Snow (aka black and white.)