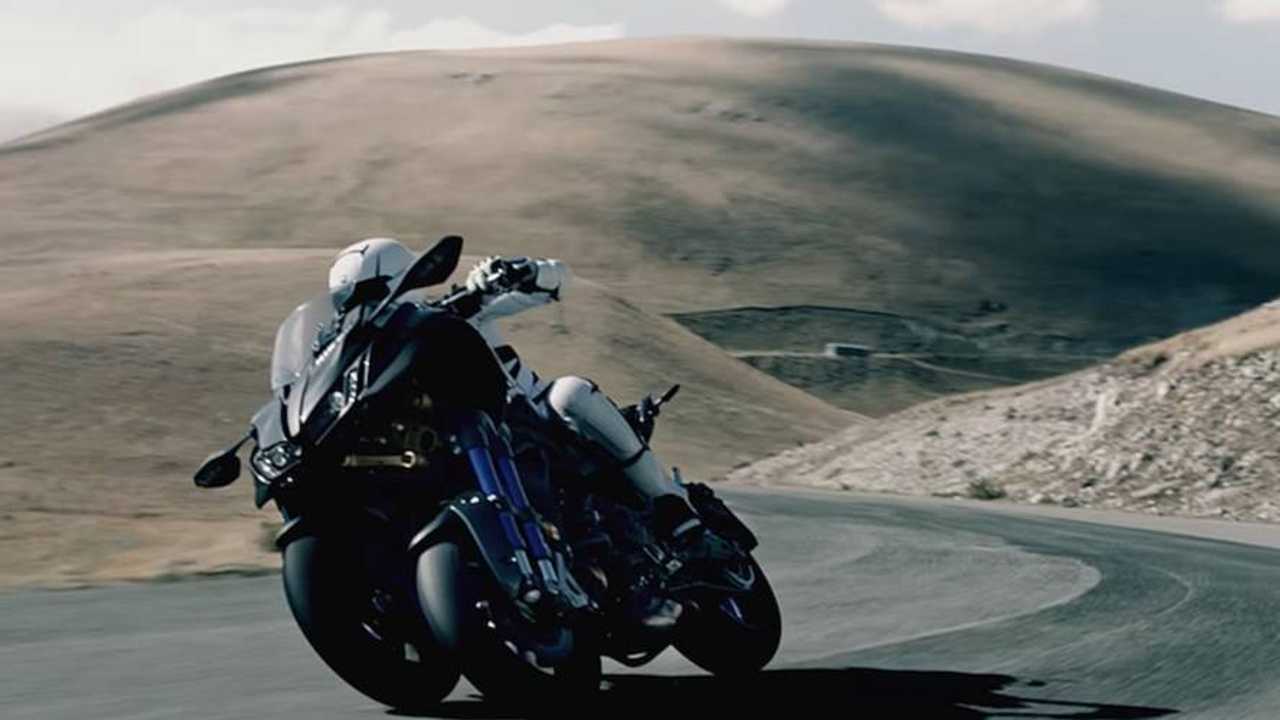 Three wheels on mad lean. Yamaha is showing off their tech prowess in new video of their sophisticated Niken trike.

At EICMA 2017 Yamaha pulled the cover off its upcoming Niken model, a three-wheeled sport tourer that is scheduled for production in the near future. The unorthodox scoot definitely made an impression, though I imagine a lot of the attention it got stemmed from outright curiosity more than anything else. It seems Yamaha may have picked up on that as well, as the company has just released a new video, delving into the mechanical function of the tilting sport trike.

Unlike your average three-wheeler, the Niken boasts a reverse trike wheel setup with two leaning wheels up front and a single wheel in back which are said to provide ample accuracy and stability in the corners. Though the tri-wheeled design is based on Yamaha’s popular liquid-cooled inline-three-powered FZ-09 “hyper-naked”, the Niken sports its own unique purpose-built chassis to accommodate the unusual frame geometry presented by the three-wheeled configuration.

The Niken utilizes what Yamaha is calling its “Leaning Multi-Wheel” (or LMW) platform, a system utilizing a parallelogram link design enabling the machine’s independent suspension of the dual front-wheels to operate simultaneously, tilting in sync to keep both wheels planted firmly on the ground. Yamaha also poured a myriad of other proprietary mechanical systems into the Niken. Last year the Hamamatsu marque purchased BrudeliTech, a small Norwegian company known for building leaning three-wheelers based on Polaris ATV’s and KTM motorcycles, though it’s tough to say if the 2017 acquisition had anything to do with the Niken, or if the outfit was purchased so its tech could be harvested for the development of future offerings, but back to the new video.

The three-minute video put together by Yamaha shows the Niken carving through the corners of some scenic mountainesque road, as well as digital 3D renderings of the machine’s mechanical functioning showing off how the complex system works. Though I don’t think there’s any part of me that’s interested in ever owning a Niken—albeit I wouldn’t say no to a test ride—the video is actually pretty fascinating. Especially so if you appreciate knowing what makes something tick, otherwise this might not be for you.