After designing several modern BMW models Stenegärd moves to the Indian Motorcycle camp to redirect his attention to his true passion: American muscle

You might not know the name Ola Stenegärd, but you’re almost certainly familiar with his work. Stenegärd has been BMW Motorrad’s Head of Vehicle Design for the last decade-and-a-half, penning well-known models such as the HP2 Sport, S1000RR, and most recently, the R nineT. Though his work in recent years has been in the more Euro, sport-oriented segments, Stenegärd’s true passion is American muscle and he's churned out dozens of bespoke V-Twins in his lifetime. This is why it made sense when news broke that Stenegärd jumped ship at BMW and joined the ranks over at Polaris subsidiary Indian Motorcycle as the marque’s Director of Product Design. 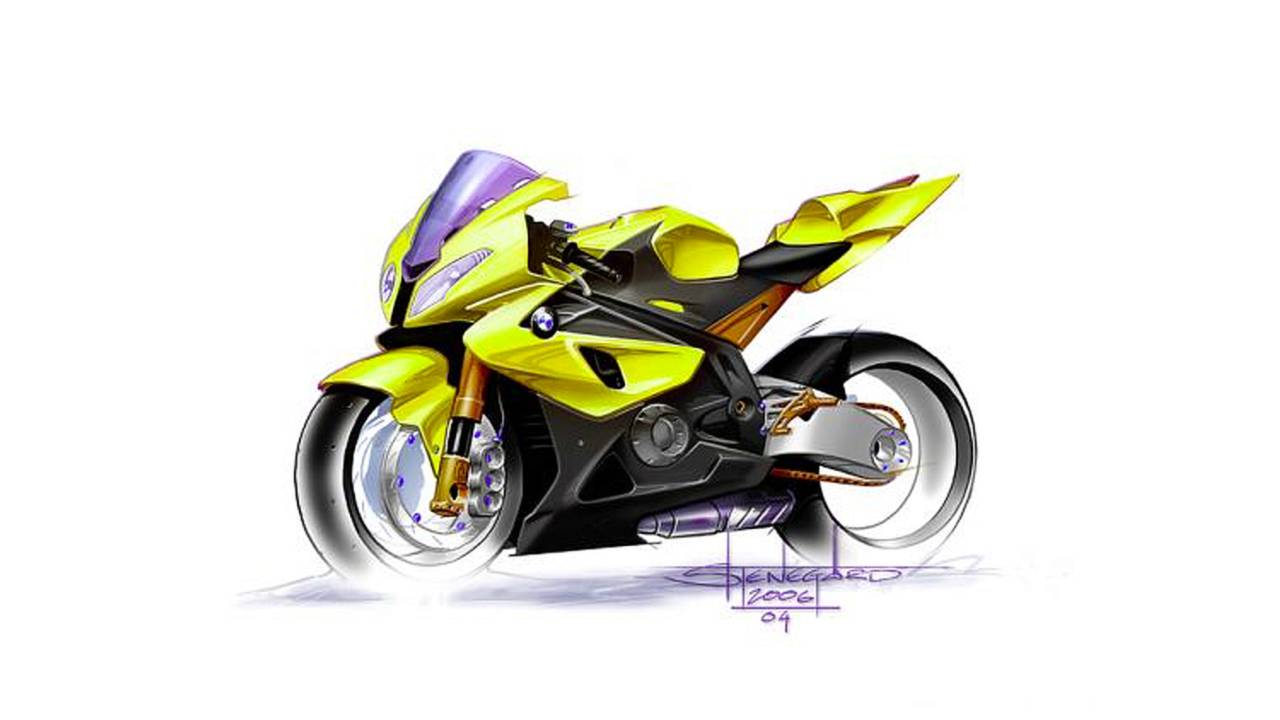 A Stengärd sketch from 2006 of a bike that you may recognize... (photo courtesy of Ola Stenegard)

INDIAN ON THE RISE: Polaris reports strong numbers for 2017

So who exactly is this Swedish dude that Indian hired? Well, you could say he was trained nearly from birth to build and design motorcycles. His father taught him to weld from an early age, and at the same time his mother taught him how to draw. Add to that the influence of his brother who was into bikes and you get a talented motorcycle designer. At the age of 15, Stenegärd entered his first motorcycle show in Stockholm where he was awarded first place for a moped that he’d modified into an Arlen Ness-esque chopper. A couple years later he enrolled at the University College of Art, Craft, and Design, spending three years at the Stockholm institution before transferring to Southern California’s renowned ArtCenter College of Design in Pasadena. He then returning to UCACD, to earn a Master’s degree in Applied Art/Industrial Design.

Right out of school Stenegärd was hired by SAAB as a junior designer, though he also did freelance work on the side for companies like Öhlins Suspension and MCM Magazine. Two years later he moved back to California to work at pre-Polaris Indian Motorcycle. After two years at Indian, Stenegärd left for a job at BMW Motorrad where he quickly rose through the ranks, becoming Head of Vehicle Design and having a hand in almost every new model in recent years. Stenegärd’s knowledge and expertise didn’t end at design however, and he eventually found himself influencing the brand’s marketing which gave Stenegärd a unique value in the eyes of an OEM.

MORE SWEDISH DESIGN: How Husqvarna designed more than just a bike with the Vitpilen

So after one bankruptcy, two new owners, and 15 years, Indian welcomed Stenegärd back in a move Polaris execs hope will supercharge the company's already upward trajectory in the market. While we can safely assume the Swede will deliver at least a couple cruiser designs, Stenegärd hasn’t exactly been shy about his desire to create an Indian sportbike.

“A race bike is probably the best way forward because Indian have never done a supersport bike," Stenegärd told our colleagues at MotorCycle News In a recent interview. "There’s no heritage to fall back on, no icon to refer to – but maybe it’s a V-twin and you go into that kind of territory and the engine provides the heritage.” 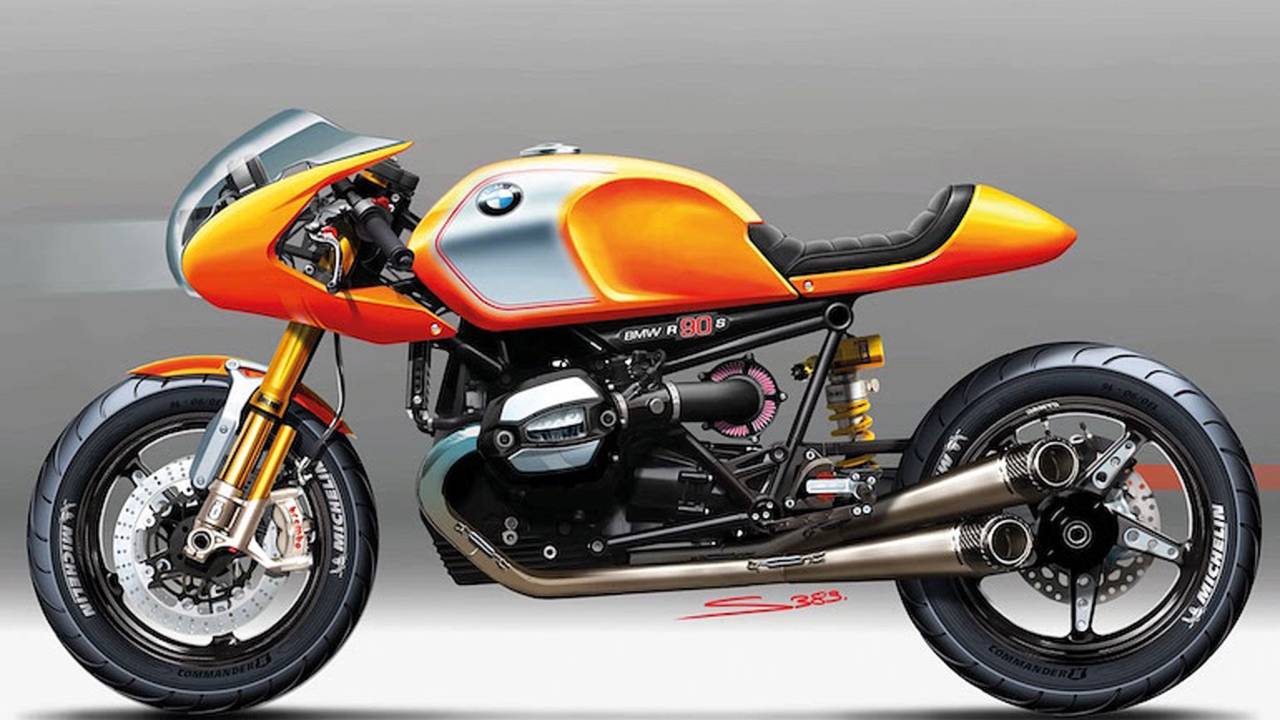 Another one of Stenegärd's sketches that you might recognize, this time a collaborative effort with Roland Sands (photo courtesy of Ola Stenegard)

“I love race bikes and adventure bikes, the boxes I could tick at BMW, but at the same time my personal life is spent customising V-twins. I’ve just had this V-twin itch, so I’ve always wanted to go back to a proper company that works with V-twins. Now with this opportunity, it’s like coming home. Part of the attraction for me was Polaris having a grounding in powersports. I don’t feel Indian comes with the baggage of other brands. Of course it’s big twins, of course it’s American, but it’s one of those brands that if Indian want to, they could break into any segment. Everything is possible and it’s so exciting."

While we don’t know exactly what to expect, it’s pretty much guaranteed that whatever it is will be modular as hell and engineered to be easily customized. Based on Stenegärd’s ability to help an established brand successfully pivot, we anticipate something pretty different from Indian’s current offerings. Stenegärd did mention to MCN that he’s particularly fond of Indian’s FTR1200, so he may have interest in designing a modular Indian flat tracker.

“If you want to be taken seriously in the motorcycle world where customizing is so important, if not the driving factor, then you have to make the bike easy to customize for owners or you haven’t understood the segment in my opinion. Where Indian is right now, that’s the cornerstone of the whole segment. Look back at BMW – we had to fight so hard to break out of the typical ‘pipe-and-slippers’ image,” he said. “It took a lot to pull that off. But Indian have the performance edge to pull it off… imagine if Indian were to do a supersport bike, then you have to start with a clean sheet of paper. There will always be Indian DNA in the bike but it might just be the logo, or the spirit of the old race bikes,” relayed Stenegärd.

Whatever he has up his sleeve, it’s going to be exciting. Below is a video about Stenegärd building an “R 90 S” with Roland Sands that may look surprisingly familiar to you, even if you’ve never seen the German, one-off, orange two-wheeler.