The little sibling of the CB1000R is poised to roll into US dealerships by Summer of 2018, extending the modern-retro class to the entry-level segment.

Last year at EICMA, Honda pulled the cover off what the company is calling its “Neo-Sports Cafe” range with the introduction of the CB1000R and CB300R models. From the get-go, Honda planned to bring the larger of the two to the large-displacement loving American market, but it opted to first test the waters with the 300 in more small-bike-friendly regions before putting the little neo cafe bike in US dealerships. Now, after a successful year overseas, Honda America has announced the 2019 CB300R is coming to US showrooms by Summer of 2018. 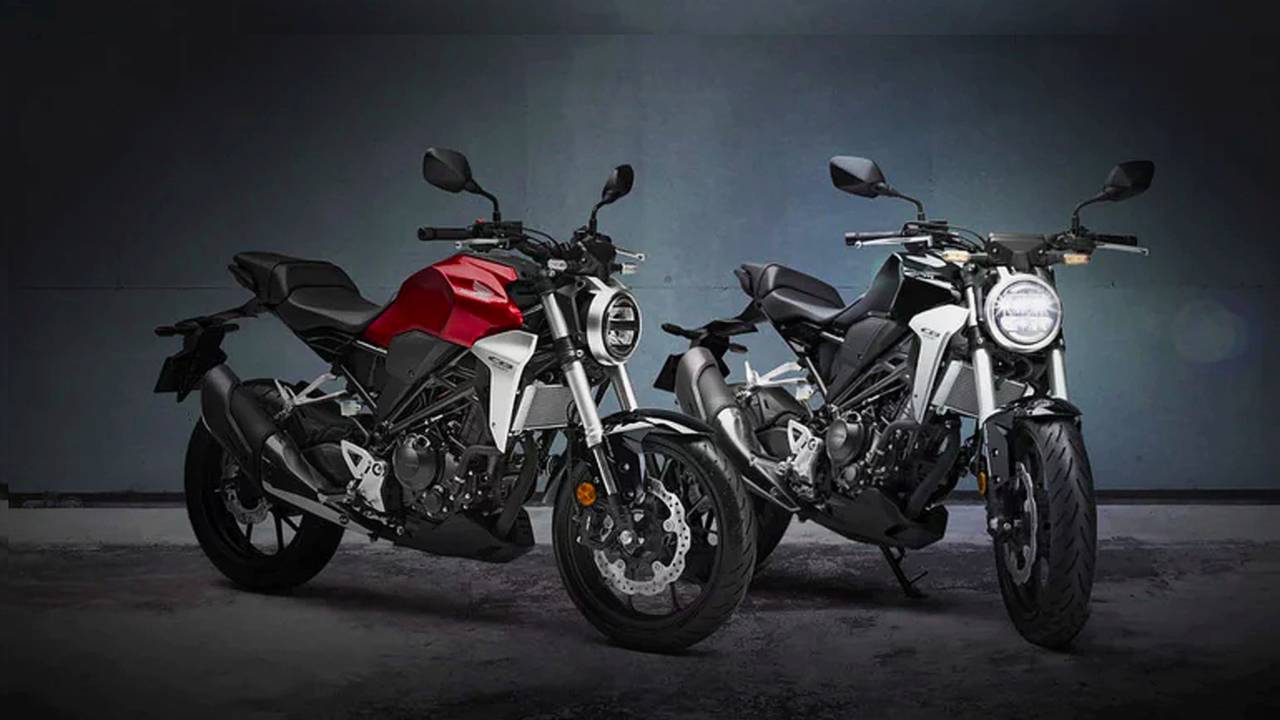 The 2019 CB300R in Chromosphere Red and Matte Gray Metallic

When Honda debuted the 150 SS Concept at the Tokyo Motorcycle Show, legions of riders were hoping the prototype would see production without being too watered-down. Unfortunately, prototypes and production bikes are almost always two very different things. By the time the CB150R—another model that didn’t come to US shore—was first shown, it looked more like a scaled-down version of its liter-sized big brother. The good news is both the CB150R and 300R models are still good looking bikes designed to resemble their larger counterparts.

It also appears the CB300R is being brought on to fill in the gap Honda was hoping its CB300F would, though the F-model left a lot to be desired in the looks department (to say the least). It’s slightly unclear as to whether the 300R will replace the 300F, or just join it amongst Honda’s entry-level range alongside the CBR300R and Rebel 300—all of which share the same 286cc, liquid-cooled, DOHC single-cylinder engine. The CB300R however does sport some upgrades over the F-spec such as 41mm inverted forks, LED lighting, and a trick LCD display just to name a few. Another major highlight on the CB300R is the option for IMU-connected ABS brakes available for an extra 300 bones—a feature typically reserved for larger, more expensive mounts. 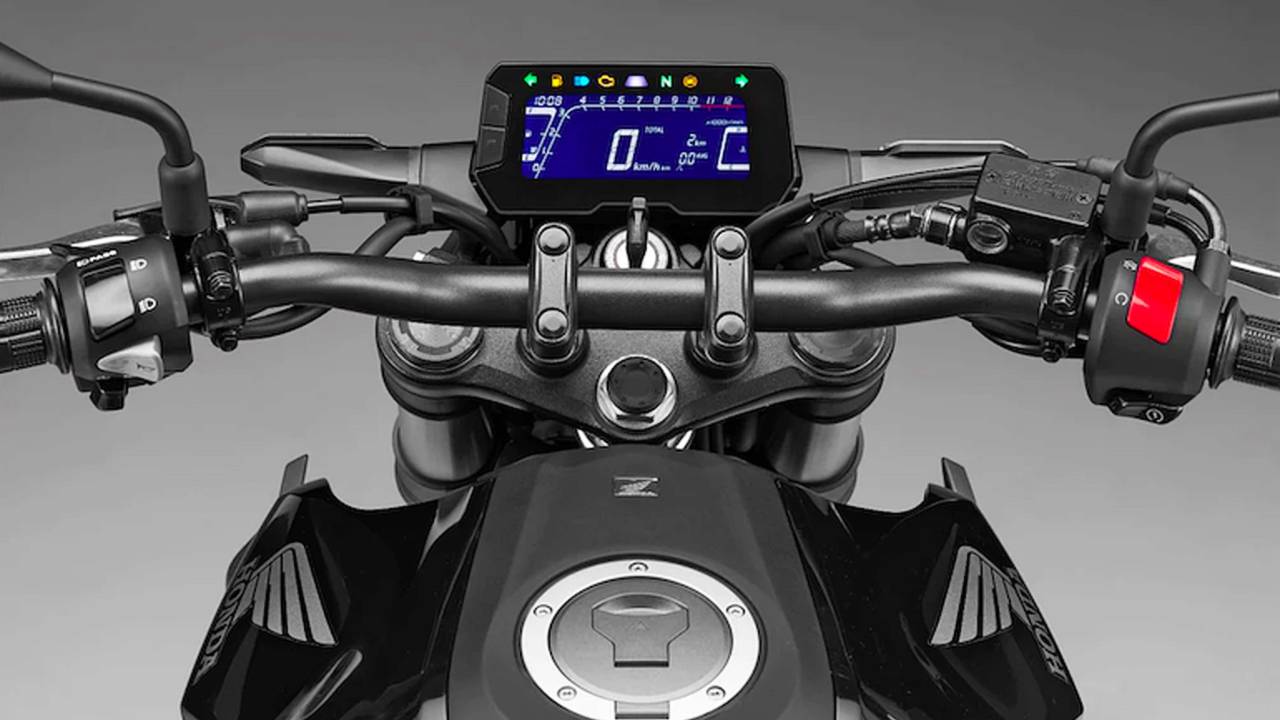 The LCD display on the CB300R

The CB300R's tubular frame and pressed-steel swingarm are both reportedly brand new, as is the single’s intake and exhaust. Power figures appear to be unchanged at 31 horsepower (at 8,500rpm) and 20 foot-pounds of torque (at 7,500rpm). The little neo-cafe machine also comes with a wet, multi-plate hydraulic clutch paired with a six-speed gearbox. New riders will be happy to hear the bike boasts a seat height 31.5 inches and a curb weight of only 313 pounds! 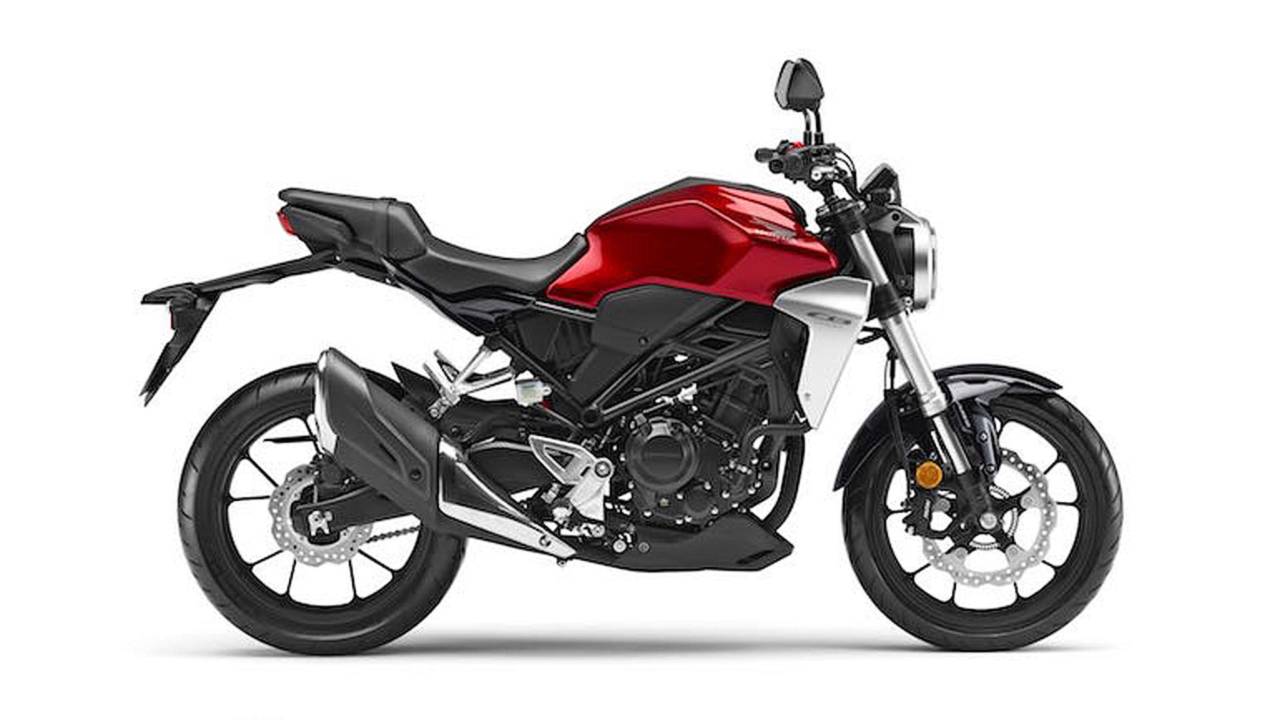 The (Euro-spec) CB300R in Chromosphere Red

The 2019 Honda CB300R is available in two colors: Chromosphere Red and Matte Gray Metallic. It starts at $4,649 for the standard model and $4,949 for the IMU ABS version. Deliveries are scheduled to arrive somewhere around July of 2018.

Honda also threw together a short video showing off some of the highlights of the 2019 CB300R for anyone interested.