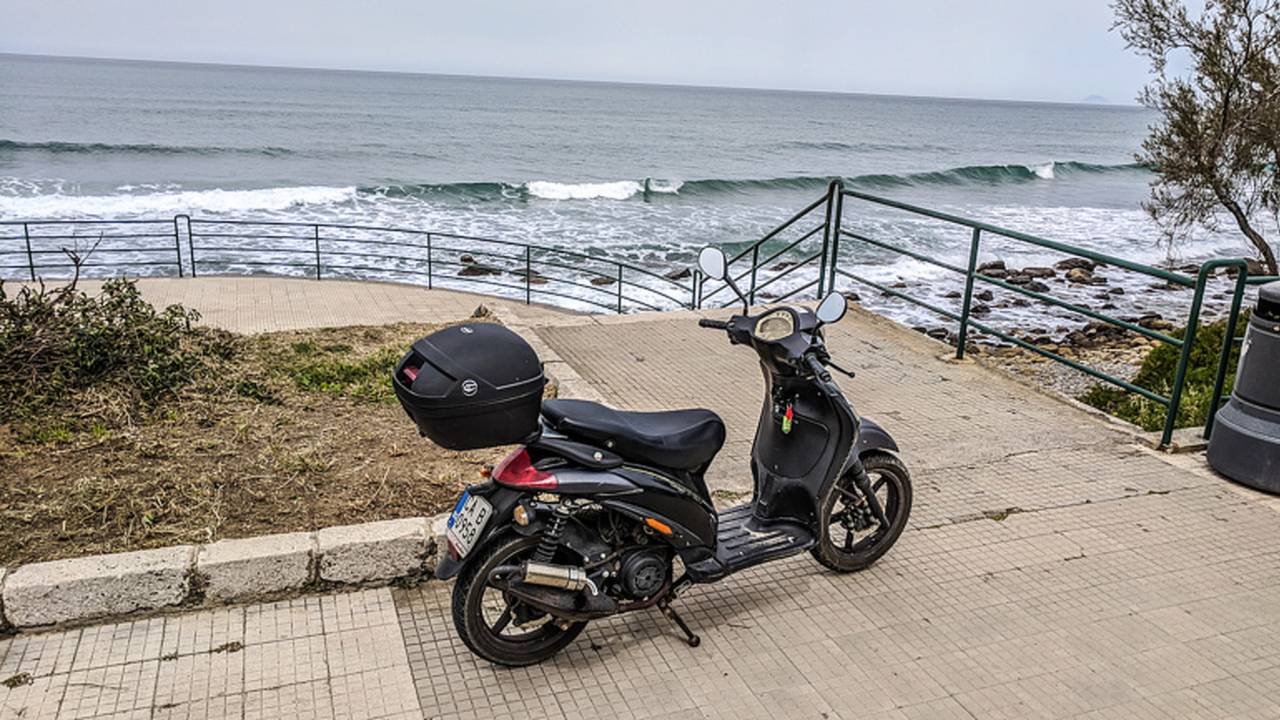 Even a shitty scooter won't dampen a lovely ride when you're surrounded by mountains, ocean, and bathed in southern Italian sunshine.

Even a shitty scooter won't dampen a lovely ride when you're surrounded by mountains, ocean, and bathed in southern Italian sunshine

If you don’t already know, RideApart is curated by a team of us who are spread across this, and sometimes other continents. Jason is in Detroit, Tim is in Los Angeles—so are many of our other contributors. I myself call Toronto home, but lately I’ve taken to calling various cities and towns around the world my office. Because when you work remotely, it doesn’t matter where you’re sitting does it?

PICTURE IT: An International Perspective on Scooters

This story starts with me having spent three weeks in a small town in Italy. A place called Cefalu, a coastal town in the north of Sicily. I actually wasn’t living in Cefalu, but in a rural village about 20 minutes outside the town. The beach was a four minute walk from the house, and I could see mountains out one bedroom window, ocean from the other, temperatures hovered between 55 and 77 degrees Fahrenheit—it was a far cry from the flat featureless landscape and winter weather in Toronto.

Everyone's got a scooter here. It's just how they roll.

The weather and landscape lent itself oh so well to riding. Around the village, and more so in the town, everyone was on a scooter. Most of them beaters, or at least that’s how the Sicilians treat them. Seldom had I seen a ride that didn’t have a few bumps and scrapes, not to mention it seemed no one really washes or details a scooter around here.

Even the helmets are a fashion accessory or at the very least a mandated by law annoyance that locals do their best to minimize. I saw more lightweight beanies and open face helmets there than I had anywhere else in the world.

I was obviously going to rent a scooter, it was just a matter of deciding when. The lucky day was Tuesday during my last week in Sicily. The evening before, I called up the only scooter rental place in Cefalu, and luckily they had one in the 125cc class I wanted available the next day. Having said I’d stop in at 09:00 when they opened to pick my ride up, I hung up wondering what the heck an Innocenti was.

This is an Innocenti 125. I never quite figured out if there was an actual model name beyond that.

No matter what size class I wanted, 50, 125, or 300, the only scooters on offer were Innocenti. A quick Google search later, I still wasn’t sure who or what Innocenti was. Oh well, I figured I’d find out in the morning and went to sleep.

The next day I drove down into the Cefalu town center, parked my car by the beach, and walked over to the rental place. It was 11:30, I may have been embracing the dolce far niente of Italian island living a bit too much given how late I was. After signing some paperwork, and paying for the scooter in cash but leaving an imprint of my credit card behind (nothing in Cefalu is really high tech), I followed the shop owner to where they park the scoots.

Amidst an army of ratty scooters we came up on one properly sad looking machine in black with a gawd-awful looking top box. I kept telling myself not to judge a ride by its skin.

So, dead battery? Bad starter? Hmmm. The shop guy says no worries, flips out the kickstarter and tries again. Again. And again. To no avail. This beastie was not going to turn over.

One last trick. He flips up the seat to where there’s two battery contact points and a handily positioned screwdriver. Key in the on position and he bridges the contact points with the metal end of the screwdriver. Sparks fly and the Innocenti comes to life.

Seconds later it dies again. So he repeats. This time while giving it some throttle. And there! That’s the trick. We’re in business I think. Though I’m not so sure I actually want to ride this thing anymore. Disclaimer, I’m notoriously mechanically inept. The fact that I can put air in a tire regularly surprises me.

An early lesson on where not to stand, as the scooter spat black oil all over my clean, green boots.

Just before he leaves, the thing dies one more time. We repeat the whole process as he points out how lucky I am for learning a new trick for starting a bike. I guess there’s a silver lining to everything.

As I’m getting my gear on, my mind’s shifted to my next challenge, how I get this scooter out of the jungle of parked scooters around me. I decided the best way out was to hop the curb, on to the oceanfront promenade, ride down past the pedestrians till I found a clear path off and on to open road. It was easier than I expected. And this is Sicily, no one batted an eyelid at me doing what would’ve been called reckless endangerment in Toronto.

On the road the Innocenti was absolutely rubbish. The speedometer didn’t work, the fuel gauge wobbled around strangely, and the plastic body panels rattled when I went over any road imperfections—it’s Sicily, there’s a lot of road, ahem, imperfections.

I quickly stopped caring. The views were too good, and the ocean breeze in my face and the asphalt rushing past me were pure poetry. I spent the next few hours rolling through the town up and down streets I wouldn’t have taken a car on. I wasn’t entirely sure I was allowed a scooter, but it’s Sicily, no one cared.

The highlight however, was a jaunt up a mountainside road to the small village of Sant'Ambrogio. Right at the little village center, there’s a terrace that overlooks the Mediterranean. I had been here once at night for a meal at the wonderful Osteria Bacchus, but the view during the day… it was soul enriching.

The coastal views from the hillside village of Sant'Ambrogio are soul enriching.

Riding back to town I realized that I didn’t care about the ratty scooter anymore. The ride didn’t matter, it was about the ride.

By the time I returned the scooter that evening, I was pure smiles and full of joy. Having spent years riding and reviewing new motorcycles, scooters, and even three-wheeled contraptions, I had long forgotten about what made riding so amazing in the first place. Strip away the shiny paint, the smart electronics, and all the trappings we often get caught up in about new bikes, and you realize that what makes being a rider so sensational is actually the riding. The wind, the road, the scenery rushing by you, the tightrope that we walk between joy and crash every second while on two wheels is food for the soul. Riders understand this, but perhaps we sometimes forget.

So get out there, throw your leg over your steed, or a rented POS even, and just ride.

These small Sicilian villages are just lovely to putt around in.

And the best part of being on a scooter? I'd take it places I'd dare not take a car.

This is the central square in Cefalu. Yea, I can't really bring a scooter here either, but it's Sicily, no one cares.

Got a story you want to share? Leave it in the comments, we’d love to hear about it!