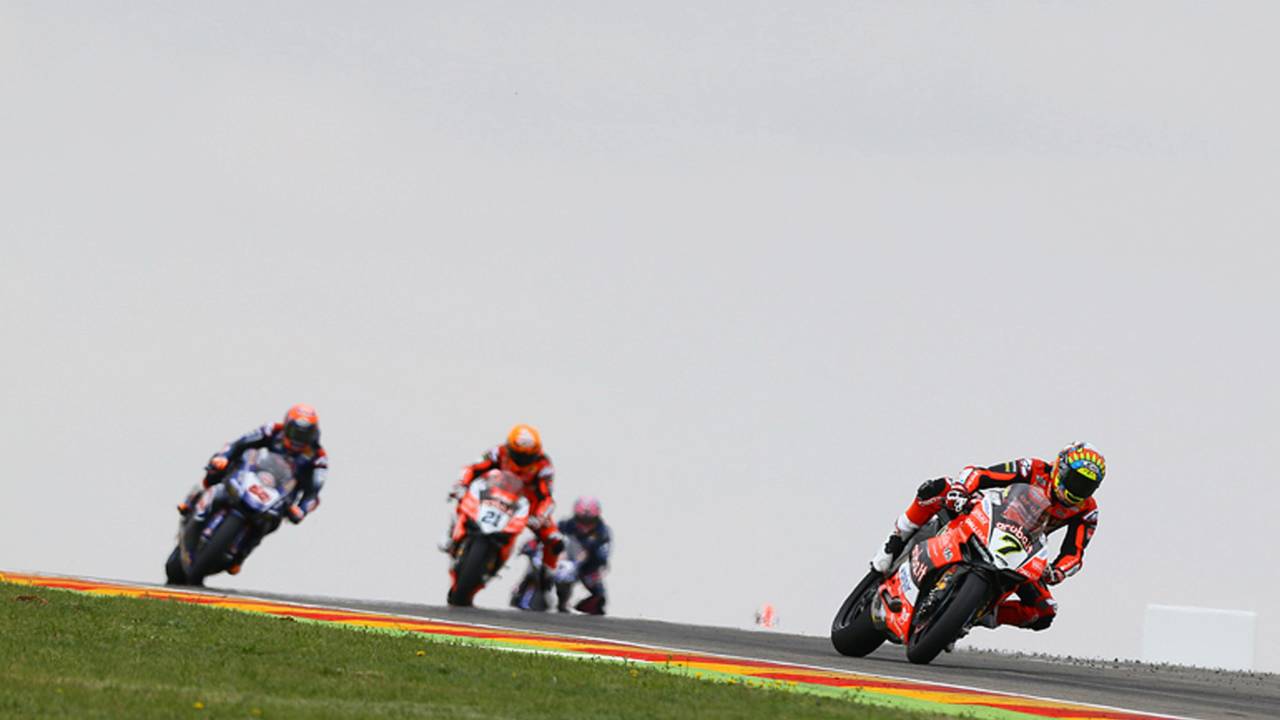 An exciting weekend at Aragon—Flores went down, Davies rode hard, Rea and Melandri followed on, and Rinaldi did his best for Ducati in he debut.

Fores passed early leader Marco Melandri on Lap 5, but the local rider only held first place for three laps before he went down at Turn 16, at the end of the back straight. His crash promoted Rea into the lead, and the Northern Irishman, along with the Ducati factory duo of Melandri and Davies, was part of the leading group for the rest of the race.

Davies made a forceful move on his teammate at Turn 4 and also outmanoeuvred Rea two laps later on the outside line of the same corner to take the lead. The order of the top three did not change for the rest of the race, with Rea even running off-track on the final lap. However, despite losing a second due to his mistake, the Kawasaki rider still secured second place, with Melandri having an even slower final lap.

Ducati junior rider and WSBK debutant Michael Ruben Rinaldi held fourth for a long time before losing pace during the late stages of the race, and dropping to seventh. Yamaha duo Alex Lowes and Michael van der Mark completed the top five, the former making a move on the latter on the final lap.

CHECK OUT: You Can Buy the Lorenzo, Marquez, and Rossi MotoGP Helmets

Tom Sykes was only ninth on the opening lap despite starting third and, after spending the entire race in the second half of the top 10, settled for sixth. Behind Rinaldi, MV Agusta's Jordi Torres, Toprak Razgatlioglu (Puccetti Kawasaki) and Aprilia rider Lorenzo Savadori completed the top 10. Leon Camier, who was taken to hospital and diagnosed with fractured ribs and a lung contusion following a Race 1 crash with Torres and Savadori, did not take part in the race.