Good Rides Goes to Germany to Party With American Soldiers 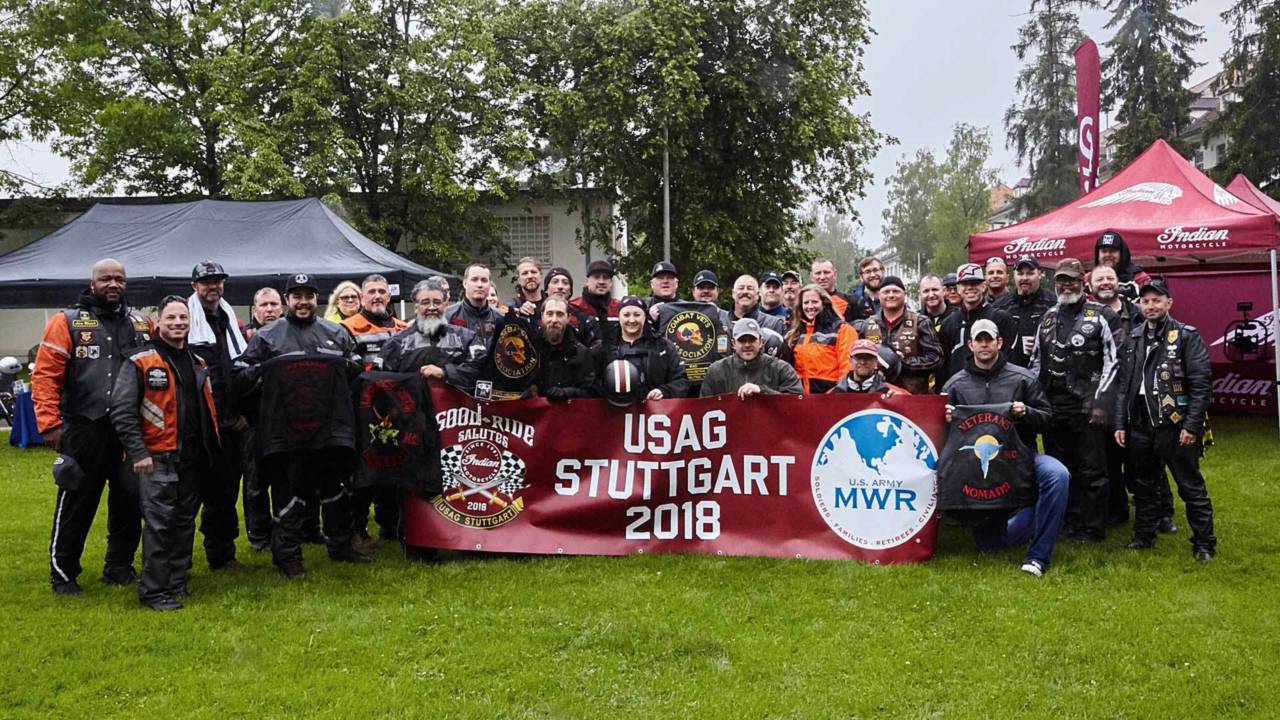 Aside from a bit of rain, Indian Motorcycle and Carey Hart's party with the U.S. Army Garrison in Stuttgart, Germany, went off without a hitch.

A few weeks ago we told you about Indian Motorcycle and Carey Hart's Good Rides charity plan to travel to the U.S. Army garrison in Stuttgart, Germany, to party with the soldiery there for Armed Forces Day. Well, the party happened as planned on May 19, 2018, and from the sound of it it was a big success. How big? Let's let Indian tell us all about it.

Military holidays are synonymous with sunshine, barbeques, friends and family. We give thanks those who served on Veteran’s Day and honor the fallen soldiers on Memorial Day. But all too frequently those currently serving, specifically those overseas on active duty, are forgotten. Armed Forces Day pays tribute to men and women who currently serve in the U.S. military.

Any excuse to get in the saddle is a good one.

Not only is this Hart’s first time taking the Good Ride overseas, but this is the first time anyone has celebrated with active troops through one of the greatest American past times, motorcycling. For Hart, coordinating this ride with those active soldiers gave a special piece of “home” to those overseas. And after all, there’s no greater representation of freedom than riding motorcycles.

NEVER DIE: Indian and Activision Team Up to Offer Scout 741B Army Replica

While Good Ride Salutes USAG Stuttgart included a ceremonial ride through Germany’s picturesque countryside and a family-friendly barbeque with live music, Indian Motorcycle ran a dealer-driven test ride promotion to raise money for the Infinite Hero Foundation, which is the primary beneficiary of Hart’s Good Ride Rally. During the month of May, which is National Military Appreciation Month, Indian Motorcycle donated $20 per test ride, up to $30,000. Infinite Hero Foundation funds programs that drive innovation and accessibility of effective treatments for military heroes and their families dealing with service-related mental and physical injuries.

The riders didn't let a little rain get in the way of a good time.

Took a nice ride through the German countryside.