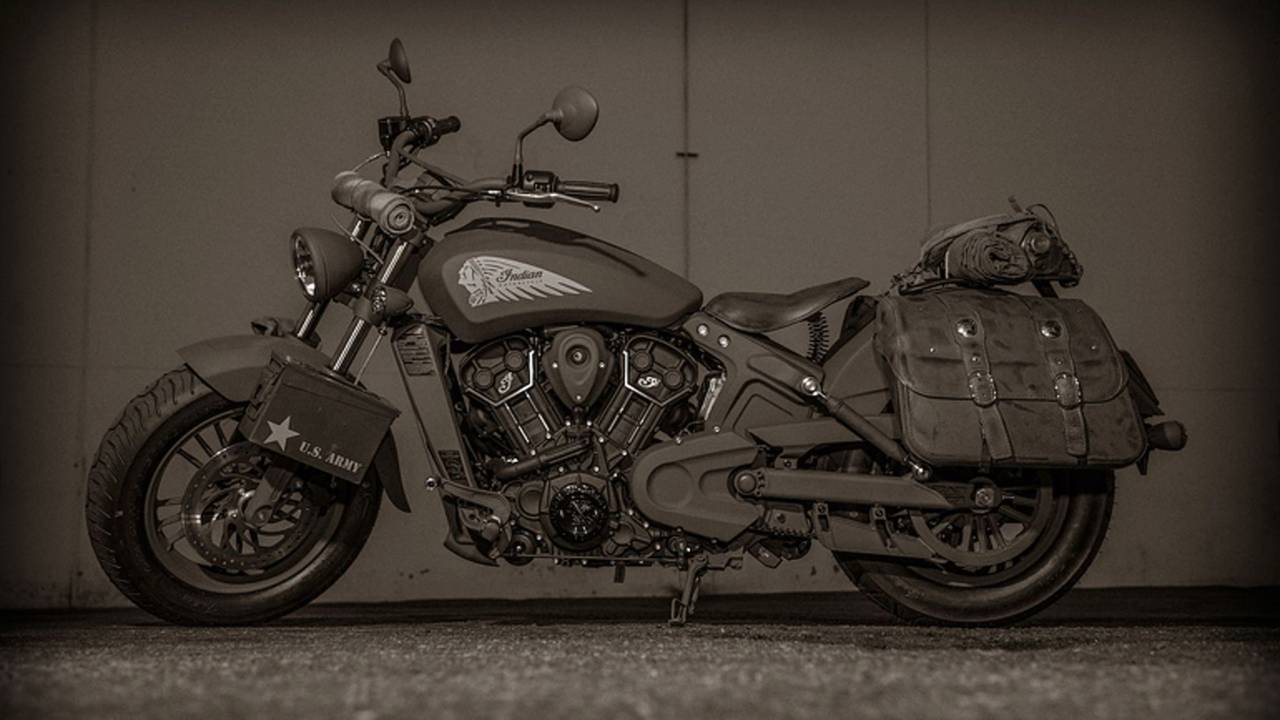 Indian turned a handful of Scout 60s into WWII Army bike replicas and are giving them away to celebrate the launch of the latest Call of Duty game.

For the first four decades of the twentieth century, motorcycles were an important part of the U.S. Army's order of battle. Up through the end of World War 2, bikes from Indian, Harley-Davidson, Triumph, BMW, and others were a common sight on the world's battlefields. Their small size, speed, maneuverability, and ease of use made them perfectly suited for courier, reconnaissance, and even some light cavalry work when fitted with a sidecar and heavy machinegun.

READ MORE: You're In the Army Now - Motorcycles at War

While Harley-Davidson dominated WWII military bike production – primarily with the flathead WLA and, to a lesser degree, the shaft-drive XA – Indian made a fair number of bikes for military use. One of Indian's more famous WWII bikes, the Scout-derived 741B, is now being resurrected for a limited run to celebrate the release of the latest Call of Duty game.

READ MORE: A Trio of Scout Bobbers From the Brooklyn Invitational

Call of Duty: WWII takes us back to the bloody battlefields of the European theater for the first time since 2008's Call of Duty: World at War. To hype the game's early November release, developer Activision teamed up with Indian Motorcycle to give away a number of new Scouts tarted up as 741B Army models. Apparently called the Indian Scout 741B Call of Duty WWII (that's a hell of a mouthful), these bikes are basically a 2018 Scout 60 in military drag. The 741B replica features a matte olive drab paint job, brown leather solo saddle and saddle bags, and a bunch of military-looking gubbins slapped on to give it just the right look.

Winning one of these bikes requires purchasing a CoD:WWII season pass at GameStop (yes, yes, I know GameStop is terrible). If you'd like a chance to win one, and honestly it's a pretty cool looking bike, check out GameStop's website or show up in person to enter the drawing. If you win, let us know.