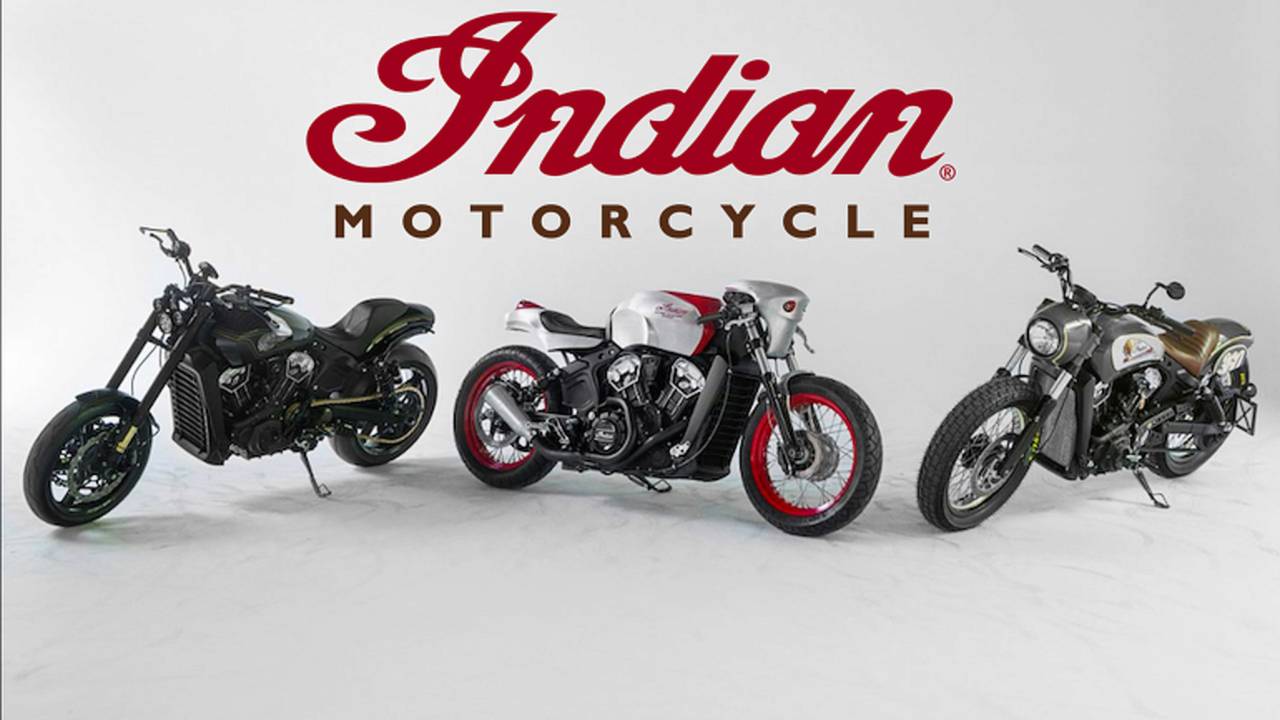 Indian Motorcycle asks some big names to demonstrate the range of possibilities when customizing the new Scout Bobber.

With the release of its Scout Bobber, Indian joined the ranks of fine retro-modern bikes like Triumph's Bonneville Bobber and Ducati's Scrambler. While a fantastic bike in stock trim, the Scout Bobber is also a solid foundation for customization. To show off the Scout Bobber's custom potential, Indian called on heavy hitters – Keino Cycles, Kraus Motor Co., and skateboarding OG Steve Caballero who teamed up with living customs-legend Roland Sands – to put their own respective spin on the newest version of America’s oldest loco’s most iconic model for the 2017 Brooklyn Invitational Motorcycle Show.

The first of the three customs is a scrambler-esque machine built by Satya Kraus of Kraus Motor Co. Focusing primarily on handling, Kraus upgraded the Bobber's stock suspension by replacing the factory forks with inverted Ohlins units and mounting a pair of Ohlins STX36 Blackline shocks in the rear. He then upgraded the braking system with Beringer brake components which, combined with the suspension upgrades, drastically improved the Scout’s ridability. It sits on a pair of Rotobox carbon fiber wheels wearing Pirelli tires. Taylor Schultz did the paint job on this build, while Fab28 Industries was responsible for its bespoke 2-into1 “Scrambler-inspired” exhaust.

“When we build on the foundations laid by tradition we are reminded to learn from the past and push the limits beyond what has been done.” said Kraus.

The second Scout Bobber build, a square-tanked beauty in silver and red, was done by Keino Sasaki of Keino Cycles. While it has a shorter parts list than the other two, Sasaki's build took much longer to build thanks to the bike's one-off aluminum tank, front-cowl, tail-section, and front and rear fenders. Sasaki says this build was aesthetically inspired by the sleek, futuristic, metal streamliner vehicles of the mid-twentieth century, and I can definitely see it. The bike also has custom spoke wheels, a custom exhaust, Beringer brakes, and modified stock rear-sets.  Keino Sasaki very obviously understood what Indian was looking to get out of this commissioned Trio of custom Scouts, and didn’t beat around the bush when asked to give a statement.

“I hope this bike showcases the possibilities of the Scout Bobber,” he said.

The last of the three Scout customs was created by Roland Sands and Steve Caballero. Both of these guys have had an extremely eventful month – Sands had his inaugural Moto Beach Classic and Caballero celebrated the 30th anniversary since the release of the legendary Bones Brigade video “The Search for Animal Chin”. For their build, Caballero and Sands aimed to build a machine reminiscent of a street tracker. To do so, they used well over a dozen RSD parts – including several hand fabricated components and a one-off exhaust. The tank was narrowed by six inches before being sprayed by Grigio Telesto and gussied up with custom pin-striping and gold-leaf work by Sonny Boy. A matching custom headlight cowl underwent the same treatment, while Caballero’s classic #360 was slapped on the hand-made number plates.

The value of branding is enormous, and Indian is well aware of that. As helpful as traditional magazine and internet ads are to help to market a model, things like sponsoring events and hiring shops to build custom bikes results in a more attractive brand overall. Creating a lifestyle, image, and culture associated with a marque has proven itself to be wildly successful for some companies. Just look at Harley-Davidson. If this year is any indication, it seems that Indian has learned these lessons very well.