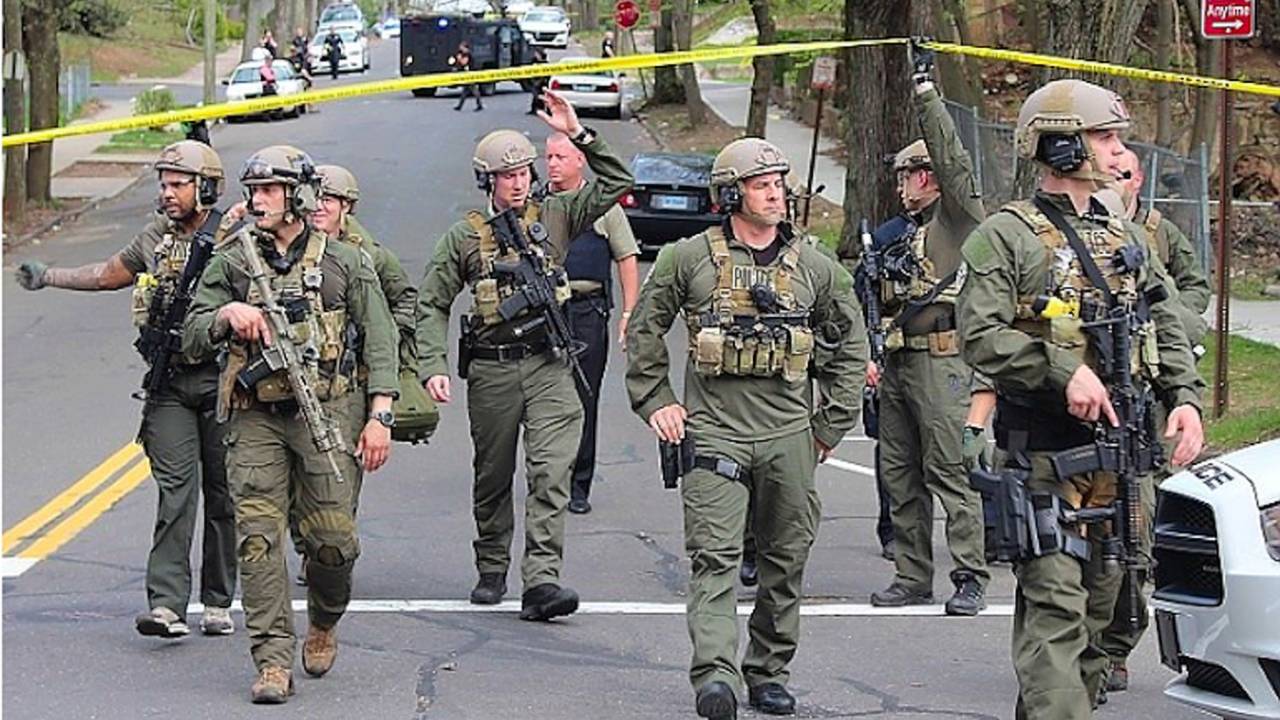 Police cordon off house with Kawasaki parked outside after shooting suspect is seen fleeing on green motorcycle, the only problem; wrong person, house, and motorcycle

On Thursday May 3, 2018, around 13:00, police in New Haven, Connecticut received reports of a shooting in which one suspect allegedly shot a man multiple times before hopping on a green motorcycle and fleeing the scene. An all-points bulletin went out advising officers to keep an eye out for any green motorcycles in the general vicinity of the shooting. Authorities caught what seemed like a break not long after when an undercover cop spotted a green—Kawasaki green to be exact—motorcycle parked outside a multi-family residence. As a result, by around 14:30 the adjoining properties were cleared out, a four-block perimeter was cordoned off, a SWAT team was called in, and the standoff was on.

The SWAT team first tried to talk the suspect barricaded inside into peacefully surrendering, communicating through a bullhorn for close to an hour. The standoff nonetheless persisted. Around 16:00, SWAT entered the home in question, going floor to floor clearing out a dozen occupants as well as another half-dozen from adjoining homes. At this point, a large crowd had gathered on the edge of the safety perimeter, making it all the more embarrassing for police when they realized at around 17:00 that the suspect wasn’t inside the house. This was mainly due to the fact police had identified the wrong motorcycle, meaning the house, its occupants, and the motorcycle that started it all had absolutely nothing to do with the shooting whatsoever.

“After every incident what you want to do is debrief and look at what we did, what we could have done better,” stated Police Chief Anthony Campbell following the accidental standoff. “I think we had this pretty well contained and I love that we had so many different departments here. Overall, I think the perimeter that we set, informing the public, talking with them the whole time, trying to communicate with them about what was going on, I think that that was really helpful.”

In defense of the police, there was an actual armed standoff—with a real suspect and all!—the day prior to this little mixup, so it’s unsurprising the department was on edge. Plus, how were police suppose to know that more than one green motorcycle exists, seriously, what are the odds? The good news is that the confusion didn’t result in any accidental injuries or deaths, though it did seemingly enable the actual suspect to get away, which is less-than-ideal. All in a day's work.