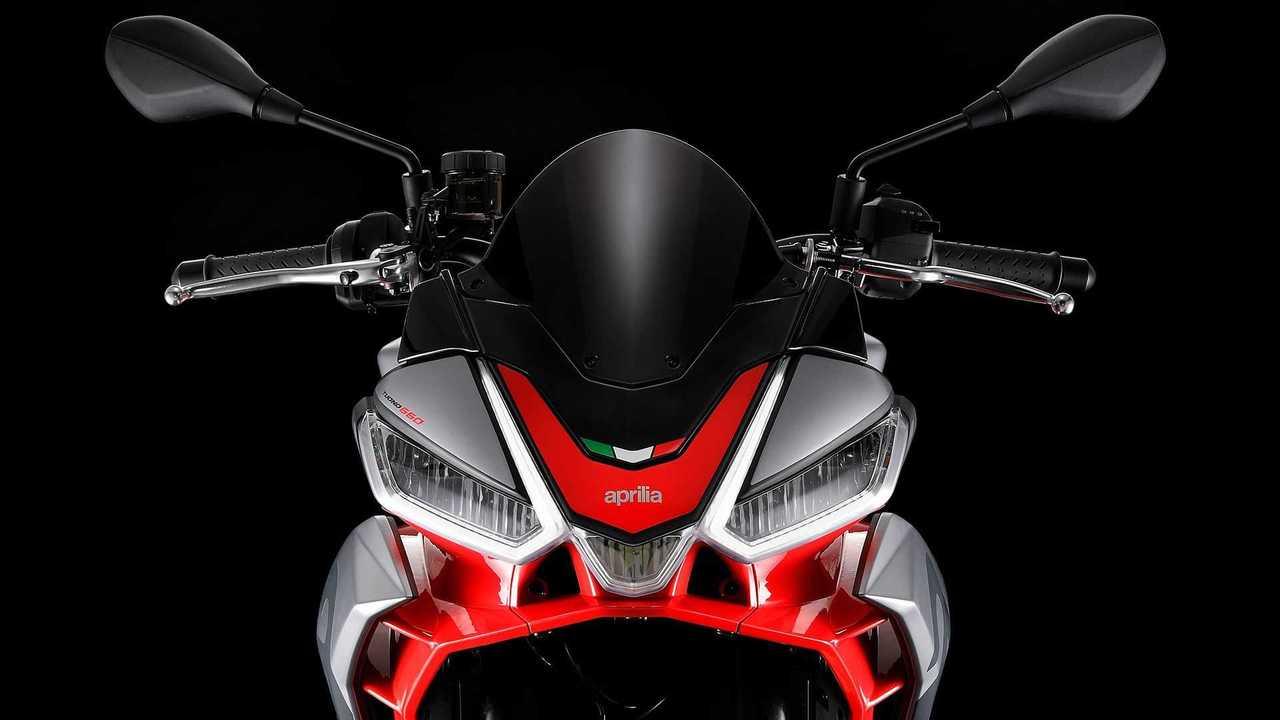 On January 7, 2021, Aprilia officially introduced the Tuono 660 after unveiling a not-so-subtle “concept” at EICMA 2019 and months of speculation. Between several test mule spottings and the general consensus that the Italian firm had a few 660-based bikes in the pipeline, the mid-size Tuono didn’t exactly come as a surprise. We had been expecting it. That’s not to say we’re not happy it’s here.

What better way to kickstart 2021 than with 2020’s most highly hyped bike’s stripped-down counterpart? The Tuono 660 takes all the good stuff the RS 660 has to offer and makes it even more accessible. Despite its status of RS sibling, however, the Tuono does get a few perks of its own. Here are five things you should know about the new 660.

Aprilia refers to the Tuono 660 as a “sport naked”. Naked? Naked how? That sure doesn’t look like a naked bike at first glance. Unless by naked, Aprilia is actually referring to the engine. That’s the main design difference between the RS and the Tuono—on the latter, the fairing wraps around the engine instead of covering it.

Ok, now that we got our opinions about Aprilia’s twisted definition of “naked” out of the way, let’s talk design. Though the Tuono receives the same headlight cluster as the RS, the smaller headpiece makes them look oversized in comparison, giving the Tuono a busier front-end design. At the top, the new entry-level 660 also receives a shorter, smaller windscreen to match its equally smaller fairing. The Tuono also gets its own triple-clamp with a slightly altered offset, meant to improve the handling.

Under the plastic, all the structural components are invariably shared between the two 660s.
On the sides, as we discussed, though Aprilia gave the fairing a little trim, there are still a handful of body panels that give the “sport naked” a sportier, more aggressive look. The Tuono’s semi-fairing uses the same double fairing system as the RS that acts as an aerodynamic appendage and allows for optimal airflow, pushing the engine’s heat away from the rider.

At the back, the Tuono gets a proper pillion seat like a civilized street bike for some additional "daily-life" appeal. Aprilia also opted for a shorter final drive which should, according to the company, make the bike even more responsive.

Perhaps the most important difference between the RS and its new Tuono sibling is the riding dynamics. While the RS provides a more closed-in, tank-hugging, forward riding position, perfect for a track attack, the Tuono takes a chill pill and offers a straighter, more relaxed geometry.

While the seat itself and the footpegs' position are unchanged, the sporty clip-ons are replaced by a taller, wider handlebar. That feature allows for a stance that remains on the sportier end of the spectrum while also relieving some weight from the arms and allowing the rider to sit in a more upright position.

Aprilia introduces its first mid-size engine in a long time when it launched the RS 660 in late 2019. Already at the time, the Italian firm already had plans to diversify its use of the engine. Considering how much work goes into the development of a new mill and how popular the half-liter segment is, it was only a matter of time before the Italian firm launched new derivatives of the RS. Hence, the 660cc DOHC parallel-twin engine with a 270-degree firing order carries over unchanged.

However, while the RS 660 is offered both in 100 horsepower and detuned, A2-friendly 95 horsepower variants, the Tuono is only offered with the 95 horsepower tuning. The decision to only offer the detuned engine option in the sport naked likely stemmed from its position as the more urban life, daily commute-ready model in the lineup which requires a responsive yet manageable engine.

Just like with the RS, Aprilia’s focus while developing the small Tuono was weight. It wanted to provide an optimal and exciting power-to-weight ratio. Considering the engine is half the size of the other bikes it’s most famous for, Aprilia had to make sure its new mid-range bikes were going to be lightweight and light-footed.

To make sure it achieved that, Aprilia took several weight-saving measures that included using the engine as a load-bearing element as well as a die-cast aluminum frame and swingarm. This allows the Tuono 660 to tip the scales at a small 403 pounds—the same weight as the RS.

Pricing on the 2021 Aprilia Tuono 660 starts at $10,499—$10,699 for the Acid Gold colorway—which positions it as the new entry-level offering in the Italian lineup, available starting February, 2021. It currently is the most affordable (new) Aprilia on the market.

Compared to its competition, on the contrary, it ranks at the very top of the line as one of the most expensive “naked” on offer. That being said, for a few grands’ difference, you get higher-end electronics (including traction control, anti-wheelie control, cruise control, and riding modes) and that fancy Italian badge on the side.

Spotted: The Aprilia Tuareg 660 Is Out And About

5 Reasons Aprilia's RS 660 Can Change The Sportbike Market
++
Got a tip for us? Email: tips@rideapart.com