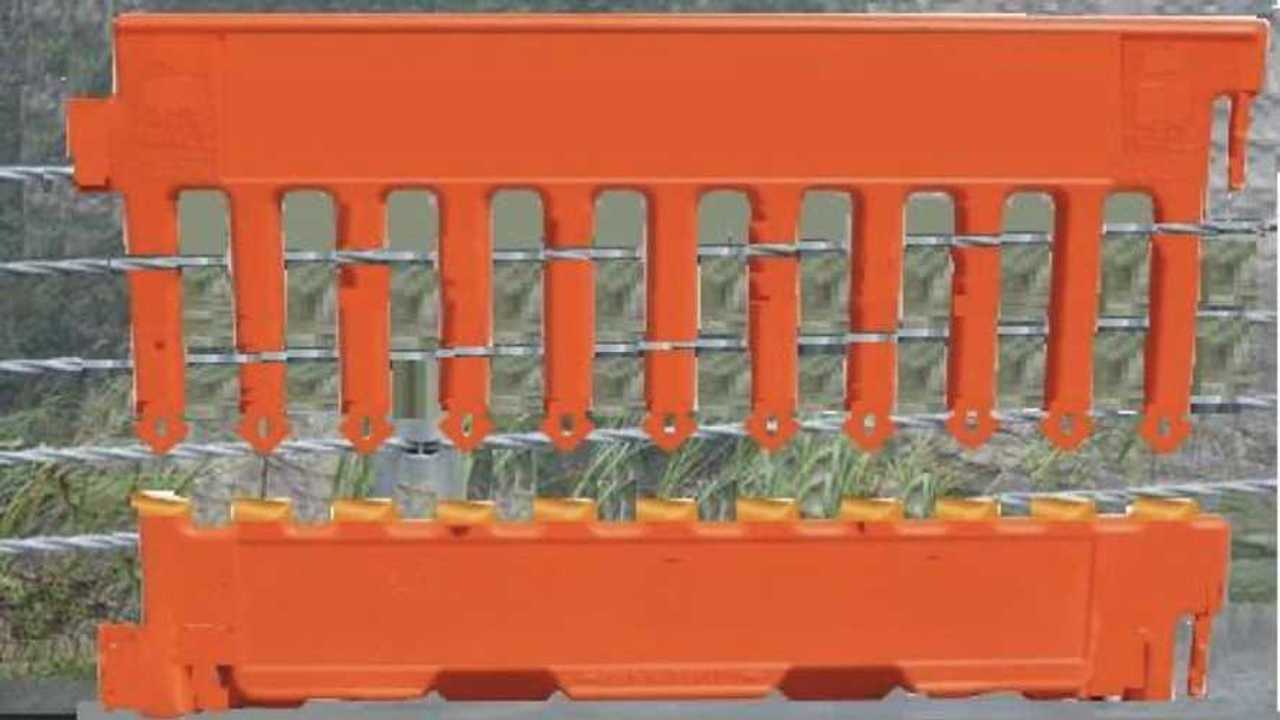 These comb-shaped inserts may prevent motorcycles and their riders from getting sucked in.

I get nervous when I'm riding down the highway and see a cable barrier next to me. I know that if I was to veer or be forced into it, the cables would instantly chew me up. While they are less expensive than guardrails and certainly prevent cars from going off the road, they seem to be designed with absolutely no regard for motorcycle safety. That may change, however, thanks to a simple comb-shaped plastic insert between the cables.

The idea comes from the mind of Australian motorcycle safety consultant John Nelson, who has been on a crusade against cable barriers pretty much since their introduction due to the dangers they pose to motorcycles in a crash. The addition to these barriers is made out of recycled plastic and looks like a comb, with its teeth sliding between the cables. This prevents anything (or anyone) impacting the cables to slide between them, reducing the danger to motorcycles and their riders. It also prevents the cables, which are under high tension, from acting like a spring and bouncing motorcycles or their riders into even greater danger.

Watch Out For That Tree:

"Given that our road authorities are reluctant to remove WRB [wire rope barriers] for the small number of incidents, this concept should satisfy their love affair with WRB and given my passion for our safety, I think the authorities would have to at least have a think about it,” Nelson told Motorbike Writer. In fact, TDCO Design, a company in India that has started making these devices, has even named it the "Nelson comb" in his honor.

Cable barriers remain a relatively cheap and easy solution to prevent cars from crossing into oncoming traffic. Though dangerous to motorcycles, we make up only a small percentage of traffic on the road, so we don't matter much statistically. The Nelson comb does not prevent cable barriers from functioning as intended for cars and trucks, but it does significantly reduce the danger to motorcyclists. While not as good for us as removing cable barriers entirely, it seems a reasonable compromise for the dreaded "human cheese slicer."