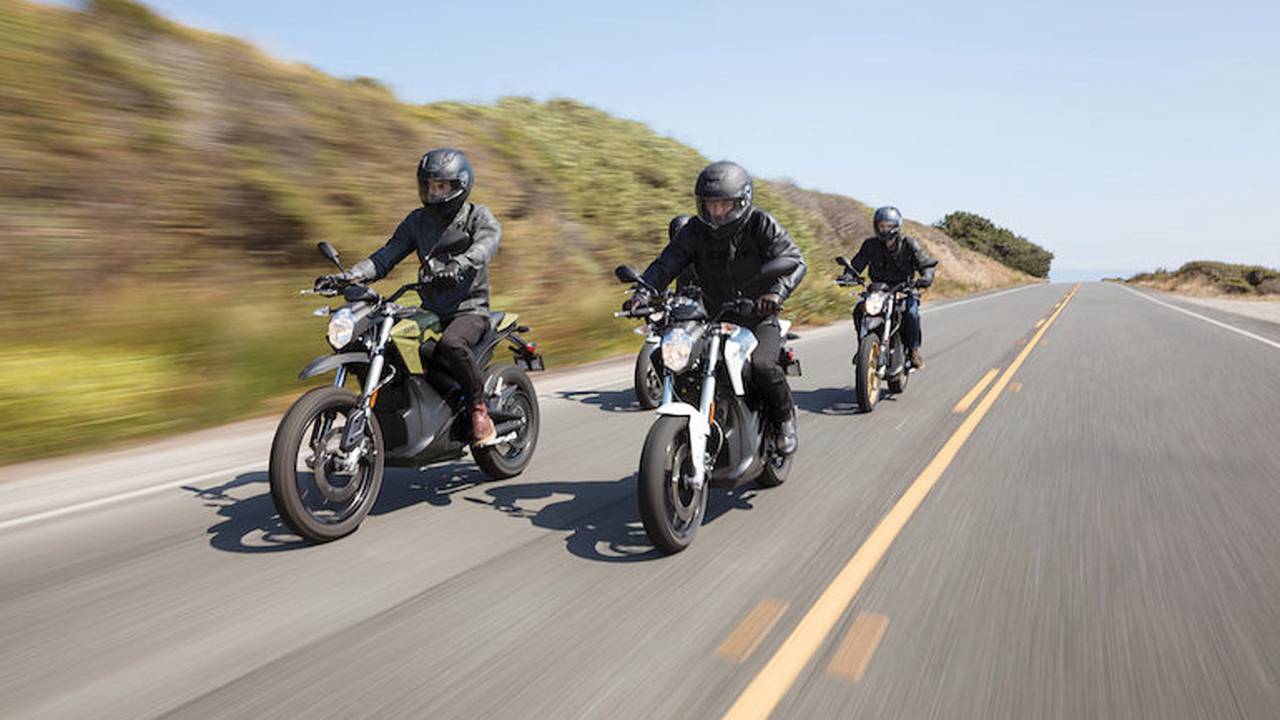 The Oxfordshire, UK, County Council is working on its Local Transport and Connectivity Plan, intended to improve the region's transportation infrastructure to meet its future needs. Recently it published 28 papers about various topic areas, such as buses, trains, bicycles, and motorcycles. To say that the paper concerning motorcycles is scathing would be an understatement.

You don't have to take my word for it. All of these papers are available on the council's website. The last paper on the list, "Connectivity: Motorcycles," is the one we're interested in. Its position at the very bottom of the list already gives a good indication of how the council feels about motorcycles.

The paper gives a list of arguments for and against including motorcycles in their transportation plan.

I would certainly agree with all of the reasons in favor of motorcycles. Motorcycles get better gas mileage than most cars on the roads these days thanks to their light weight and smaller engines. Even a small number of people switching from cars to motorcycles improves traffic flow for everyone on the road. No one can argue that motorcycles aren't faster than bicycles. I'd argue that they're faster than buses and trains as well, especially if bikes are allowed to lane split or filter as they are in the UK.

The arguments against, however, are flawed. Let's take them one at a time.

Motorcycles Use Fossil Fuels And Pollute The Air

It's true that most motorcycles on the road today run on fossil fuels. So do most cars on the road today. Emission standards for motorcycles have been traditionally lower than those of cars. That is changing, though, with Euro 4, Euro 5, and future standards significantly raising the bar. Legacy models from the Suzuki Boulevard S40 to the Hayabusa have been discontinued because they don't meet the new standards. With Brexit, it is uncertain whether motorcycles sold in the UK will still be required to meet the Euro emission standards. That doesn't entirely matter, though, because it is more affordable for manufacturers to build one bike that meets the standard and sell it all over the world than to have special versions for different regions.

Even the predominantly fossil fuel base of motorcycles is changing. First hybrid and now fully electric cars have become commonplace. Oil burners still outnumber them by far, but even in rural areas, a Tesla is not an unusual sight these days. Electric motorcycles are behind that curve, but starting to gain popularity. Look at the rising popularity of electric scooters in China. Many companies are seriously ramping up production. Congested areas of the UK would do well to take note. Here in the US, our wide-open spaces require higher speeds and more range. Zero is up to the challenge, though. Even the king of American motorcycles themselves, Harley-Davidson, is going electric with the LiveWire. It is foolish for what is supposed to be a forward-looking report to completely ignore the bright future of electric bikes.

When it comes to noise pollution, this statement is simply untrue. The reason why many people replace their exhaust systems with aftermarket pipes is that the original exhaust is so quiet. Go on any manufacturer's demo ride, try a bunch of bikes, then try to tell me with a straight face that any of the bikes, in factory spec, are too loud.

Sure, many enthusiasts do make their bikes louder. Some believe loud pipes save lives (an argument I won't go into here), while others simply enjoy a more pleasant tone. Noise can be regulated. In fact, the UK already does. If noise is a concern, then regulate the noise. Don't ban the bikes.

Once again, the report completely ignores the growing popularity of electric motorcycles. Electric vehicles, in general, are extremely quiet. At the Pikes Peak and Mount Washington hillclimb races, electric cars are required to run a siren to warn spectators of their approach because they are so quiet. I've been there and seen this myself. Electric vehicles have no exhaust to modify and make louder. They certainly do not contribute to noise pollution.

Motorcyclists Are A Danger To Themselves

Here we go again. Motorcycles are dangerous. Sure, there are risks involved with riding a motorcycle. If you crash, you are more likely to get hurt than if you are in a car. This is the only argument the report provides any evidence to support. Even that evidence, however, is skewed.

In smaller motorcycles, specifically under 125cc, the leading cause of motorcycle crashes is listed as inexperience. I would believe that, particularly because the UK, like many countries, limits the engine size of the motorcycle you are allowed to ride until you gain some experience. So, of course, small motorcycles are going to have all of the crashes with inexperienced riders. Once above 125cc, speeding or a loss of control become the primary causes. I will not deny that motorcyclists enjoy indulging ourselves sometimes, perhaps not always complying with the posted speed limits.

Note, however, that the report fails to give any specific numbers of crashes here, nor any particular context around these cherry-picked statistics. There is no evidence that motorcycles crash any more often than cars, in total or per capita. Why is that? Could it be because such numbers did not support the anti-motorcycle stance of this report?

Here are some numbers the report did provide, specifically in regard to the severity of injuries in crashes where the motorcyclist is declared at fault:

"Fatal: 71%, Serious: 59%, Slight 51%. This suggests that the higher severity incidents were more frequently the result of errors on the part of the motorcyclist than the other parties involved."

No, it does not. It tells us that the more severe the crash, the more likely a motorcyclist is to die. We know this. We accept this. Yet the Oxfordshire County Council is twisting these numbers to portray motorcyclists as reckless speed demons with a death wish.

Yes, this is true. Motorcycles are bigger than bicycles. They are also faster and move with the flow of traffic, not slowly along the shoulder. It's convenient how this statement completely ignores the fact that you can fit three or four motorcycles into the space of one car, which often carries only one person.

I have nothing against commuting by bicycle. I used to bicycle to my local commuter rail station to catch a train to Boston and take advantage of free front-row parking, particularly when there were no parking spaces left for cars. If you're going to make an argument, though, make a sensible one. I wonder if the people writing this report have ever heard of the Honda Grom. I'll bet you can fit nearly as many Groms in a car parking space as you can fit bicycles.

This is yet another example of the old saying popularized by Mark Twain. "There are three kinds of lies: lies, damned lies, and statistics." If you choose and omit the right data, you can prove anything you want, regardless of whether it's true or not. This is what the Oxfordshire County Council has done here to justify excluding motorcycles from its plans for the future. If anything, motorcycles are getting safer and more environmentally friendly than ever before, a fact that the council should take into consideration rather than writing off.