It looks like, right alongside their now-ubiquitous traffic cameras, the United Kingdom is currently testing acoustic cameras. Initially it’ll be a seven-month trial, then, if they catch enough loud bikes, they may be permanently installed.

Loud Pipes Will Get Tickets: 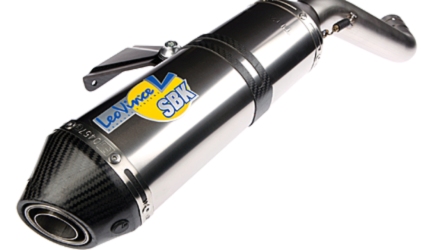 End of the road for loud pipes in California? 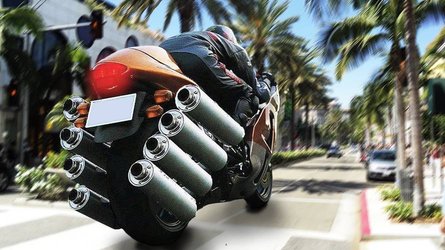 Traffic cameras haven’t taken hold here in the United States, but they have in the UK, and it seems as though unmanned traffic enforcement is now taking the next step there. Traditional traffic cameras take photographs of vehicles that speed, or roll through red lights. The new acoustic or “noise” cameras will similarly snap a photo to catch vehicles that are too loud.

One might expect that you might be able to simply pull in your clutch when you spot one of these cameras. They aim to catch those who rev their engines in traffic or who have fitted egregiously noisy exhausts to their cars, trucks, or motorcycles. Many highly populated areas have problems with noise pollution, and hand-held decibel meters and folks who use them are famously unreliable. In order to get a good sound reading, the meter must be a fixed distance from the exhaust (check), standard across all vehicles (check), and testing at a given RPM. That last one isn’t possible to control for with permanently-installed meters, obviously, but if a given vehicle is an order of magnitude louder than surrounding traffic on a given piece of roadway at a given speed, it’s a pretty good bet that it is "too loud" at any engine speed.

Noise pollution has been shown to have negative health impacts beyond hearing loss. Long-term exposure to excessive, unwanted noise causes a stress response, and we all know that stress is bad for us and causes all kinds of health-related problems. Noise caused by traffic in cities is something we’ve all taken as inevitable, but these acoustic cameras aim to help make British cities a little bit quieter.

The noise cameras, which are basically an array of directional microphones, can identify the exact vehicle that’s making the noise, and eventually, when these things have plate readers installed, issue tickets by mail. Since this is a test run, no decibel limit has been set yet.

Tony Campbell, the CEO of the British Motorcycle Industry Association says, "With growing pressure on the environment, including noise pollution, illegal exhausts fitted by some riders attract unwanted attention to the motorcycle community and do nothing to promote the many benefits motorcycles can offer. All manufacturers produce new motorcycles that follow strict regulations regarding noise and emissions and we welcome these trials as a potential way of detecting excessive noise in our community."

I’m going to guess that the differences in British and American law, as well as American car and motorcycle culture, would make something like this a complete non-starter on this side of the pond. It’s something to be aware of, though, especially if you plan to travel to the UK and borrow a noisy bike from a friend.