Opinion: Standard Emergency Call Systems Should Be A Thing 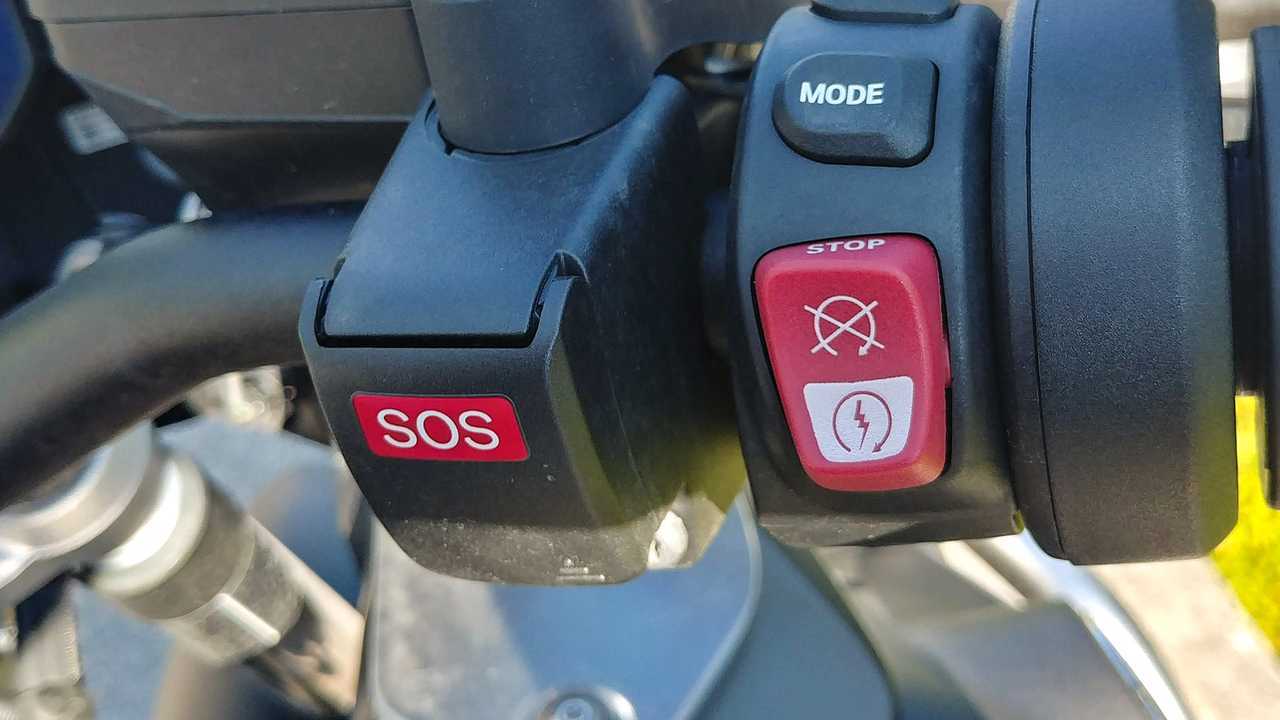 When it comes to going for a motorcycle ride, sometimes following the GPS is a necessity, but I find the better rides are the ones I get to create my own path. The upside is that it can lead you to see things you wouldn’t otherwise see following turn-by-turn instructions. The downside is that if god forbid, anything happens, nobody knows where you are. Not all crashes happen on busy highways, so why aren’t emergency call technologies more widespread in the motorcycle industry?

We all know how crucial a rapid intervention is following a crash. The faster the victim is assessed, the faster the injuries are addressed, the better. The problem is that not all riders are able to contact the emergency services after crashing and there isn’t always someone around to place the call for them. There are horror stories of riders high or low siding off the road and having to wait for hours to be found.

Drivers have had access to an extra layer of protection for years now thanks to services such as OnStar that automatically contact the emergency services when a crash is detected. Even then, the technology is as widespread as it could be. But out of all the technologies used in cars trickling into motorcycles, why isn’t this one a priority?

Having a system that automatically contacts emergency services should become a standard feature on a motorcycle—more than the array of sensors and radars manufacturers are working on. Not all crashes involve other vehicles—some are caused by mistakes and involve only the rider and his bike. If you’re enjoying a ride in the middle of nowhere, chances are nobody saw what happened and that could mean being injured on the side of the road for a very long time—especially if the bike and yourself fell in a ditch or out of sight.

Only One Motorcycle Company Offers The System

Only one mainstream company currently offers this type of service, and it’s optional. BMW’s Intelligent Emergency Call system, or ECALL, was introduced in Europe in 2017. In the event of a crash, the system not only contacts the emergency services for the rider to communicate with, it also sends the motorcycle’s location to the call center so the rider can be located should he be unable to share the information.

The system also adapts to the type of fall. In the case of a skid or minor fall, there is a short delay before the warning is sent, giving the rider a chance to deactivate it. If the incident is more severe, the emergency services are immediately contacted. Clever, right?

There are aftermarket systems, like dguard, and apps you can download to compensate. When I left for Europe on a two-week motorcycle road trip, I downloaded the Eat, Sleep, Ride app and paid for a one-year subscription to use their emergency location service. The app acts as a ride tracker but is also able to pinpoint the location of a crash and contact emergency services and emergency contacts if it detects a fall. Clever right?

Eat Sleep Ride is one of the many tracking apps that offer an emergency call service.

Thankfully, I didn’t actually need it, but it turns out I didn’t use it once—every morning I hit the road, I completely forgot to turn it on. I don’t worry about crashing when I jump in the saddle, I look forward to the trip. Had anything happened, I was on a BMW at the time equipped with the ECALL system, so I had that as a safety net. I wasn’t aware of it at all time but I’m glad it was there. Just in case.

Having a system integrated to the motorcycle offered as standard equipment, especially with today’s Bluetooth compatible systems, should become a golden standard for motorcycle safety. There is probably a lot of logistics behind establishing this sort of service and some might debate that a company being able to track your every move is voyeuristic, but I think the safety aspect of it should be the main focus of this discussion. Maybe I’m a little too naive when it comes to this, but I like to think that it would present more advantages than disadvantages.

Since 2018, Europe made it mandatory for all new cars sold on the continent to feature an eCall system—a system that works the same way as the OnStar we know. It could eventually make the system mandatory on motorcycles as well. Why aren’t we doing that?

I don’t need a blind spot sensor or an emergency braking system on my bike. I’d rather know that on the day I head out for a joyride in the countryside, if anything happens to me, my people will know how to find me.