Soviet Motorcycle Fans: This Dnepr Auction Is For You 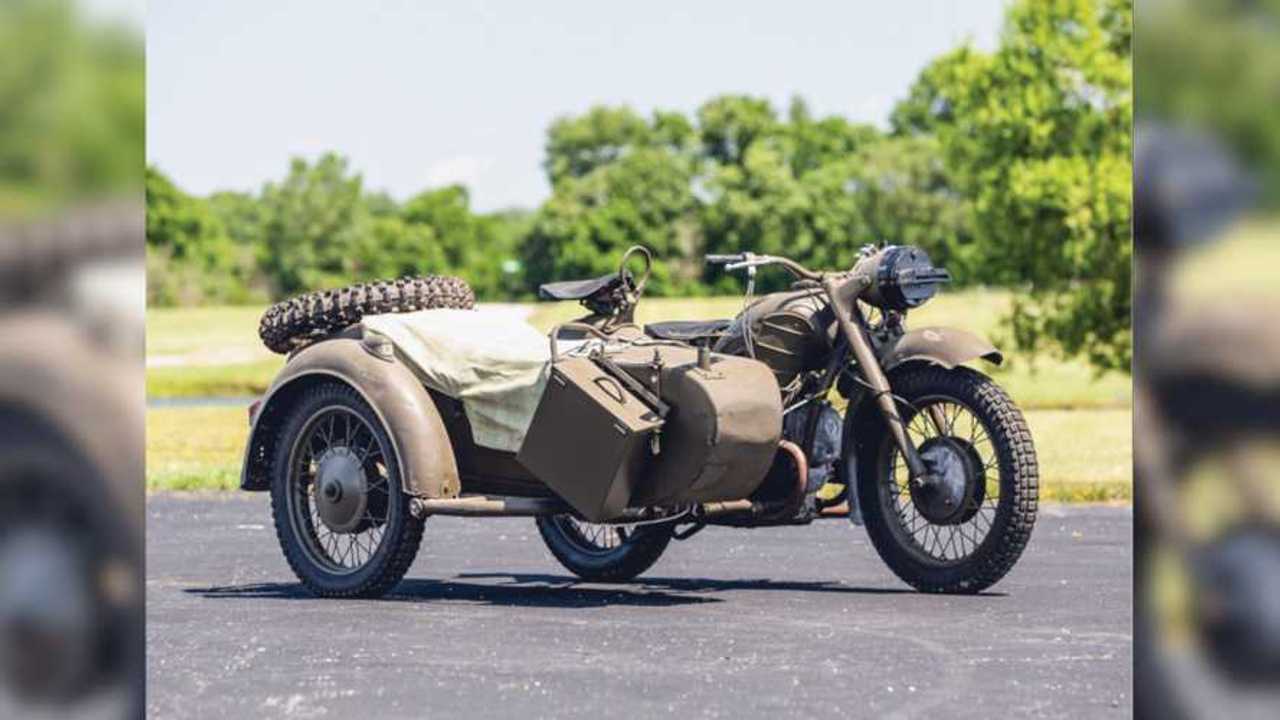 Buy this and park next to that one R75 that always shows up at vintage meets.

If you’re interested in original, military-spec Soviet motorcycles with sidecars, you could do a whole lot worse than this well-preserved 1971 Dnepr KMZ MV-750. It’ll hit the auction block at RM Sotheby’s at the end of August. As you can see, along with the bike and sidecar the lucky winner gets a steel document case, blackout headlight cover, and a conveniently mounted spare wheel located on the rear of the sidecar.

Dneprs were renowned for their off-roading capabilities, and one reason is that some, like this one, had two-wheel drive. Way back in 1940, before World War II tore them apart, the Soviets were allies of Germany. It was during that time when IMZ-Ural and Dnepr both began manufacturing licensed variations on the BMW R71 sidecar motorcycle.

IMZ, short for Irbitskiy Mototsykletnyi Zavod, was located in the town of Irbit, in the eastern part of Russia. KMZ, short for Kyivskyi Mototsykletnyi Zavod, was located in Kiev, which is now in Ukraine. Dneprs were produced by KMZ, although they also used parts provided by the IMZ-Ural plant. Both IMZ and KMZ produced the R71-derived units that the Soviets designated as M-72s. M-72s evolved in various ways between 1940 and 1971, with one branch eventually becoming the MV-750.

Over time, many upgrades were made to the original design, including switching out the original rear plunger suspension for a swingarm, as well as various engine enhancements. According to Russian Garage, some of these bikes had as much as 15 centimeters (nearly six inches) of ground clearance. This feature, coupled with that two-wheel drive, made Dneprs—and their Ural cousins—so formidable off road.

Dnepr no longer exists, but if you love this type of styling and are less into the idea of owning a piece of history, you can still buy brand-new Urals today. However, if Soviet military history is your thing—or you just think stuff like this is cool—your chance to own this bike is coming up soon. The RM Sotheby’s Auburn Fall auction runs from August 29 through September 1, and this bike has no reserve. The current estimate is $7,000 to $10,000, so register now if you want it.

All photos courtesy of RM Sotheby's.