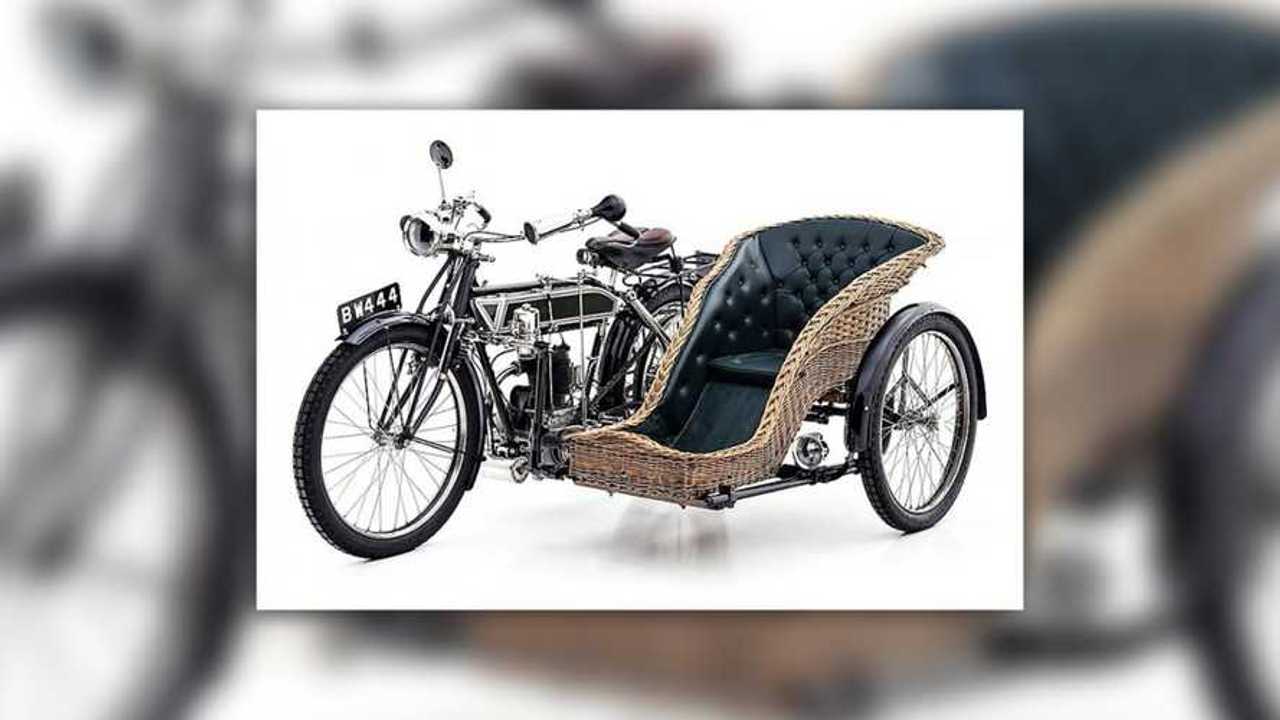 It's nearly fifty grand but it'll be worth that to someone.

Today’s interesting and beautiful throwback of a motorcycle with a wicker sidecar is from the Singer Company. Now, before the first person in with all the sewing machine jokes, I am here to reassure you: they are completely separate companies. Singer Motors made interesting cars, too, but never sewing machines.

This motorcycle was manufactured in 1911 and its bespoke, brandless wicker sidecar some time later. Just like we bolt sidecars onto modern motorcycles, people have been doing the same since the early 1900s, and when DOT regulations didn’t exist, you could do that with the assistance of a local furniture maker and the result is this stunner.

Take a moment with me, all of you who have ever sat in wicker furniture, and imagine the noises this single-cylinder motorcycle with its wicker sidecar made rolling down local and definitely unpaved roads back around the turn of the last century. What would those riding on it have worn? What a time capsule!

The rig is for sale through a classic car site, and they have not yet worked out what the displacement of the engine is since there is no label or paperwork with the bike. Singer offered both 299cc and 535cc engines in 1911.

It is partially restored, and most of it has been carefully re-painted except for the engine and drive train which “show a nicely patinated alloy.” There is no word on whether the wicker is original; if it is, it would have to have been very carefully stored. The upholstery of the sidecar is described as being made of “Naugahyde” which was invented in 1914 and produced for industry in 1930, so the sidecar may have been manufactured, or remanufactured at any time thereafter.

If you are interested in owning this 1911 Singer Legend motorcycle, it is located in St. Louis Missouri and its current list price is $47.500.