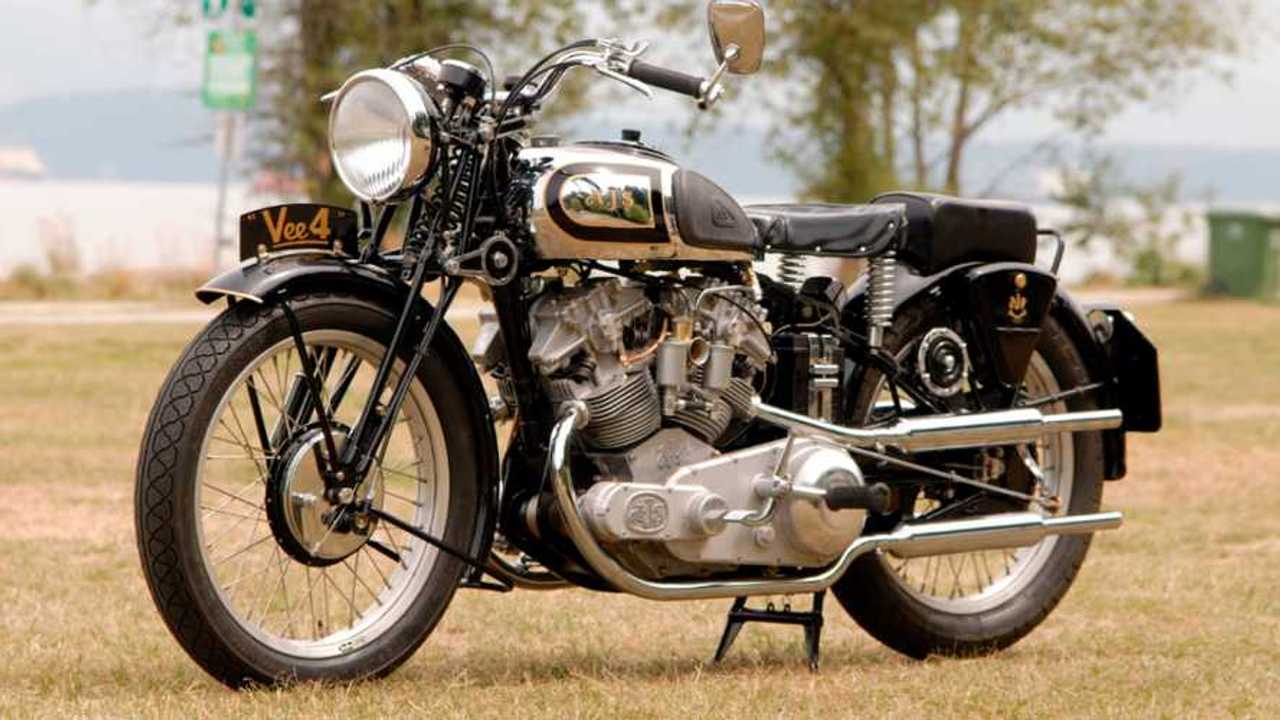 What would you give for a handmade AJS replica?

It blows the mind to think about spending years building a replica motorcycle from scratch, including creating many custom components by hand. Even more unimaginable is putting the project you poured years of your life into up for auction. That's exactly what's happening with Dan Smith's replica AJS V-4, the only one of its kind in the world.

EVEN BETTER THAN THE REAL THING

AJS was a British motorcycle manufacturer that saw its share of racing success in the early twentieth century. In the 1930s it built the aptly named V-4, which had a unique 500cc V4 engine, unheard of at the time. It had an odd 50-degree angle between the cylinder banks, and it was suspected there was enough room in there for a supercharger if AJS ever wished to add one. The V-4 never entered production, and only about 30 racing versions were ever made. These competed in air-cooled, water-cooled, and, yes, supercharged forms at the Isle of Man TT, but "surprisingly" for a British bike it suffered from reliability issues. Only one original example, a water-cooled 1939 model, is known to survive today.

That didn't stop Vancouver builder Dan Smith from recreating one of the original air-cooled V-4s. Since none of these still exist, Smith had nothing but a single black-and-white photograph and a cutaway sketch to go on. He also looked at the 1939 model to get an idea of the bike's dimensions but found that it was quite different than the air-cooled model he wanted to build. Smith ended up designing and fabricating most of the bike himself, though he did use a few existing components. He managed to source an AJS frame from a different model. Pistons came from a Suzuki DR100, the oil pump comes from various BSAs, and the drive chain is actually a pair of timing chains for a Suzuki GS400 spliced together. Smith also took a few small liberties to improve the design, such as using two float bowls in each carburetor to cure the original bike's fuel starvation issues. It may not be a 100 percent period accurate reproduction, but it's darned impressive considering how little information and parts Smith had to go by, and it certainly recaptures the look and spirit of the original.

I couldn't imagine letting such a machine go after pouring years of study, design, and fabrication into it, but this bike will be going up for auction in January. How do you even put a price on a creation like this? Not only is it custom made, but it's also the closest we're ever going to get to an original air-cooled AJS V-4. It's historic as well as unique. That should fetch a rather high price when the auction opens in late January.