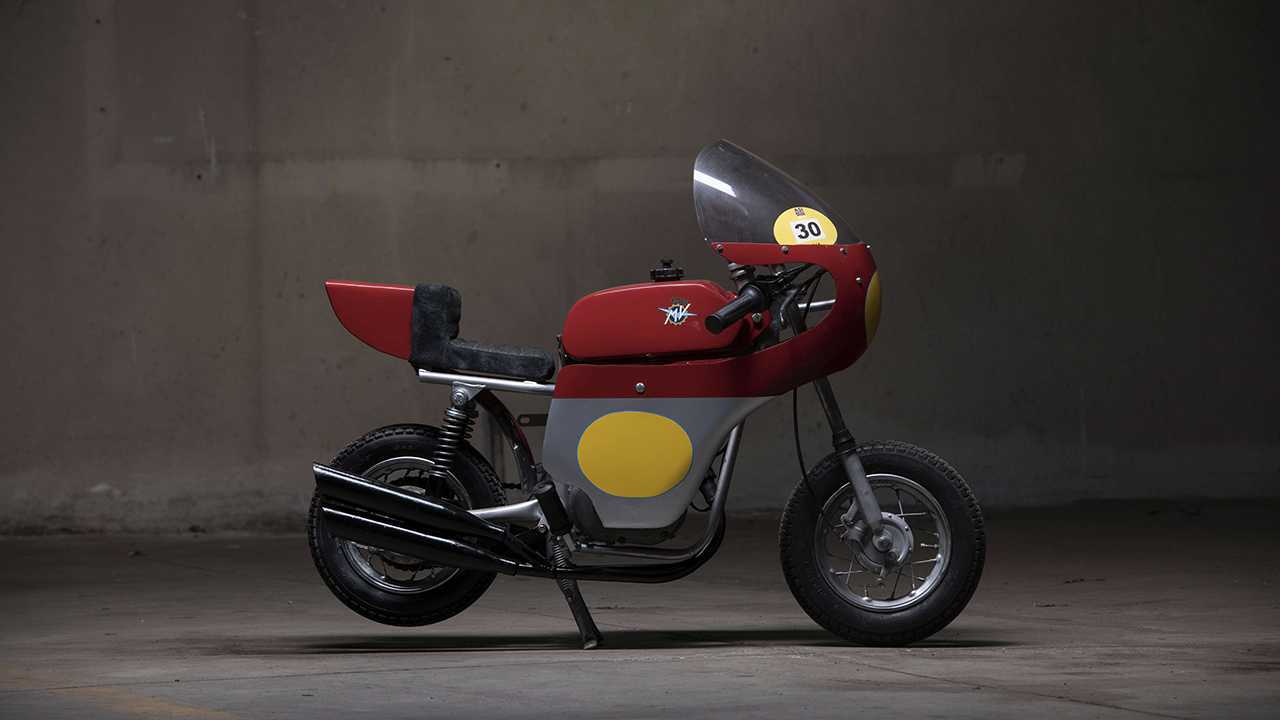 Fun comes in all sizes.

MV Agusta has built a reputation for its Italian hotblooded purebreds, all of which have been designed and built with performance in mind. But not all of what MV Agusta does is brutal and high-octane. Sometimes, just sometimes, the brand also doesn’t mind downsizing a bit to make fun more accessible, as in kid-sized.

It’s a well-known fact that kids learn by watching and by imitating. Whether it’s washing the dishes, using the computer, going up and down the stairs, or brushing their hair, children are tiny sponges that soak pretty much everything up. Riding is also usually something passed down from parent to child and watching mommy or daddy ride away turns them into heroes in their little minds. It, therefore, makes sense that tiny humans want to get on tiny bikes right? Legend has it that it’s exactly what inspired MV Agusta to produce the Mini Bike Racing in the 70s.

In fact, it is said that the very first one of these miniatures was designed for Phil Read’s son, modelled after his 1973 championship-winning MV 500. The little bike became so popular that the company officially sent the design into production. It was built on a steel tube frame complete with an actual set of proper front fork and rear dual shocks suspension, as well as a swingarm.

The miniaturized model was powered by a 47.6cc, two-stroke, single cylinder Franco Morini mill, teamed with a centrifugal clutch. The tiny race bike was capable of reaching a speed of up to 25 mph—fast enough for any aspiring Ago to zip away—and weighed only 66lbs. Buyers had the choice between 8, 10, or 12-inch wheels, fitted with drum brakes.  The design obviously replicated the racing MV 500, from the bubble fairing and flat saddle topped with a rear cowl to the double dual exhaust pipes.

This 1976 model will be up for auction in Paris on February 9 and is expected to fetch a few thousand dollars. Reliving the Golden Era of motorcycle racing in the saddle of this MV Agusta Mini Bike Racing is worth the price (and the ridicule of a grown up playing with a toy).