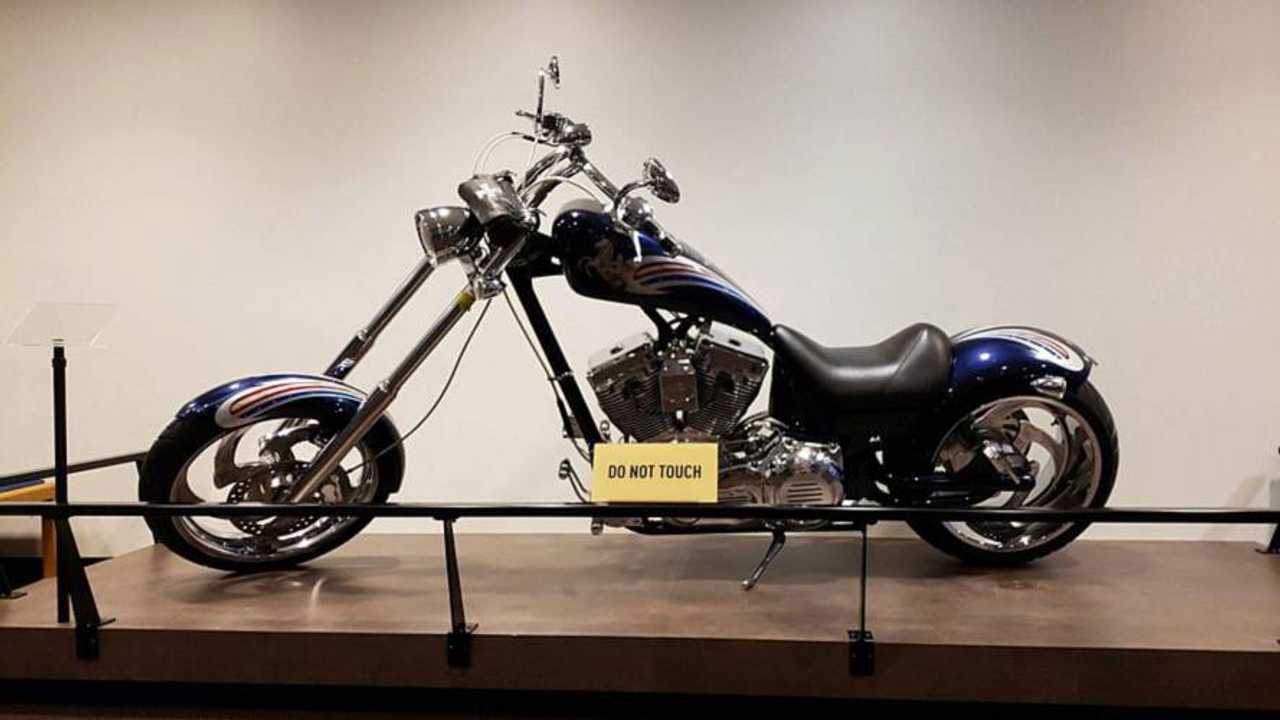 A special bike from a special man: 10 years after he received his personalized chopper from the Knievels, Jim Kelly donated it to the Football Hall of Fame.

Is being offered a personalized chopper the ultimate accomplishment? Jim Kelly's ten-year career with the NFL's Buffalo Bills was celebrated in 2008 during his Celebrity Golf Classic with a Knievel Custom Cycles chopper. Almost a decade later, that chopper has made its way to the Pro Football Hall of Fame in Canton.

NOT ALL CHOPPERS ARE MADE EQUAL: A Celebration of Mediocrity - Top 5 Worst Paul Jr. Bikes

The bike is already installed at the museum along with other Jim Kelly artifacts including his 1993 Buffalo Bills jersey, a Super Bowl XXVIII game plan, and some of his helmets.

"This is a donation unlike anything the Hall of Fame has ever received. It is fitting considering that Jim Kelly is one-of-a-kind," Hall of Fame President David Baker wrote in the press release.

Kelly was the Bills' QB from 1986 to 1996 and lead the team to four consecutive Super Bowl finals. Kelly also holds the 2nd all-time NFL record most yards gained per completion in a single game with 44, established in 1995.

The chopper, decked in Buffalo Bills' livery, sports Kelly's player number 12. The bike, built by the Knievel Custom Cycles—yeah, THAT Knievel—was also signed by Evel himself and his son Robie. The chopper was initially donated during Kelly's 2008 charity golf event hosted by the Kelly for Kids, a foundation that offers support to disadvantaged and disabled kids from Western New York.

Bikes and football aficionados now have something in common that they can both appreciate. The Jim Kelly Buffalo Bill is now on display at the Pro Football Hall of Fame.