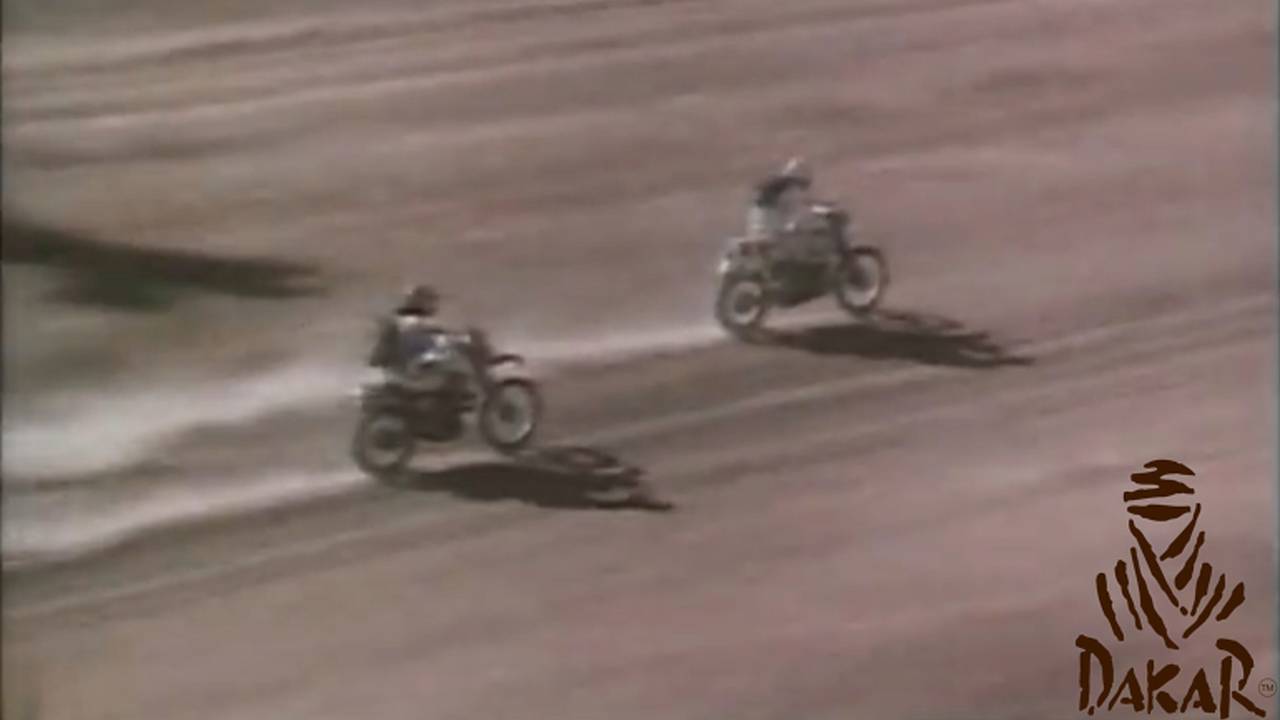 What started as a few friends testing their machines in the desert transformed into into a legendary annual event and pilgrimage.

The Youtube era has been hugely beneficial to motorsport enthusiasts. Hosting everything from how-to videos to historical documentaries to viral stunt videos, the world’s largest video platform has enabled motorcycle enthusiasts to instantly access a tremendous wealth of knowledge for free. I bring this up because I recently found this amazing documentary focusing on the first 18 years of the Dakar Rally, and the origins of the grueling and iconic event.

THE DAKAR CHRONICLES: Our Perpetual Motion column focuses on Dakar

The film tells the story of Thierry Sabine, a French motorcycle racer who played a pivotal role in founding the Dakar Rally. The story goes that Thierry got lost in the Tenere Desert while competing in the 1977 Abidjan-Nice Race. This accident exposed the Frenchman to what he thought made for a stellar location for off-road enthusiasts to put their skills and machines to the ultimate test and by December of that same year, a race was organized from Paris to Dakar.

Thierry spent the rest of his life helping to grow the event into what it is today, though the two-wheeling pioneer sadly lost his life in a helicopter crash roughly a decade after the inaugural Dakar Rally. But by the time of his death, Thierry had kicked off an event that seemingly resonated with legions of two and four-wheel off-road enthusiasts. Every year the competition grew, garnering an increasing amount of support from OEMs and deep-pocketed corporate sponsors. The Rally quickly became a testing ground for manufacturers to show off the prowess and capabilities of their various off-road machines, all of which possessed unique advantages and shortcomings. It’s cool to see the types of bikes that were going head to head each year like when Yamaha’s singles battled it out against BMW’s flat twins.

In the early years of the Dakar racers relied on maps instead of high-tech nav aids.

MORE BADASS DAKAR BIKES: Watch one rider tear it up while prepping for the Dakar

The movie is broken up by year, with each chapter showing the route for any given year’s route before diving into the highlights from whatever year. In addition to the evolution of the race itself, the film also touches on the development of the machines used in the Dakar. For example, suspension systems came a long way in a relatively short time thanks to the competitive nature of the Dakar. The technology used in the event also made massive leaps in pretty much every area; support vehicles, filming equipment, protective riding gear, GPS—obviously a big one—and of course, the motorcycles (and cars) themselves.

The 80 minute film does a fantastic job of conveying the passion of those who took part in the rally, and the logistical nightmares, hostile environment, and physically demanding challenges competitors endured in an effort to carve out a place in motorsport history. It can be hard to have a decent grasp on exactly what it is that made the Paris to Dakar Rally so taxing, but the film does a decent job showing the obstacles racers face. Though my motorcycling has always been more geared towards on-road riding, I can’t deny this documentary is genuinely pretty fascinating.