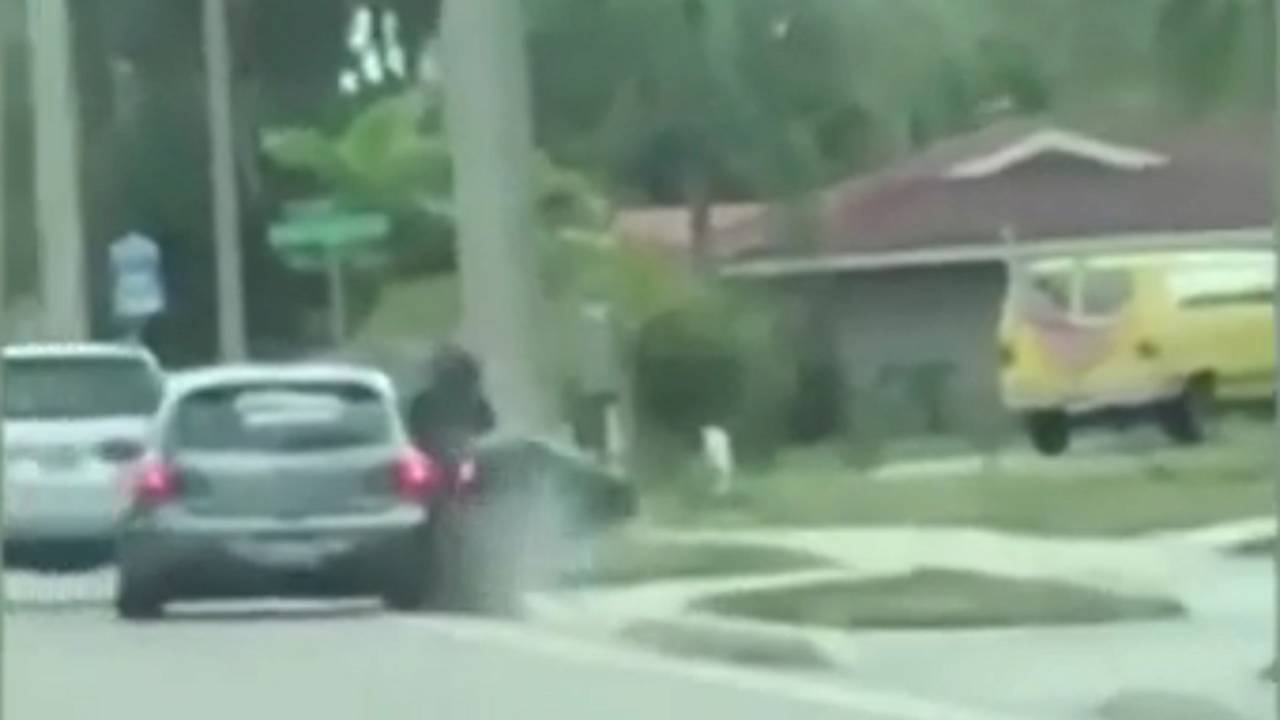 UPDATE: Since we reported this, the driver of the Mazda has been arrested. According to WFTS, Magdiel Medrano-Bonilla was arrested on the evening of April 10, 2018, for allegedly hitting motorcyclist Darin Hendrickson with his car during a road rage incident. Medrano-Bonilla was charged with operating a motor vehicle without a valid license and aggravated battery. Bond is set at $10,000. The original story continues below.

It can be easy to get angry at drivers when their negligence or aggressiveness threatens our safety when riding. That said, it’s important to remember that you’re picking a fight with a multi-ton steel weapon on four wheels and bringing a bike to a car fight seldom ends favorably. Evidence of this recently surfaced after a Sarasota, Flordia, road rage incident between a driver and biker was caught on camera, and the footage is pretty nuts.

The 30 second clip was taken by a motorist who was following behind the confrontation in a car while filming the fracas on their phone. It starts after whatever it was that initially sparked the exchange, but by the time the person started recording the biker was already ridding parallel to what appears to be a mid-2000s Mazda 3. The biker can be seen waving his arm around and presumably yelling at the driver, occasionally striking the four-wheeler with his left hand.

At some point the driver has enough, and at first pulls slightly to the right in the direction of the motorcyclist, before jerking the wheel the rest of the way and careening into the rider. This shoves the bike onto the sidewalk while the rider appears to hang onto the car for a second or two before letting go and meeting the pavement. The video ends moments after the intentional collision and, based on police reports, it looks like whoever was piloting the Mazda fled the scene. This has prompted Sarasota police to begin a search for the hit-and-run suspect via reposting the video and appealing to the public for help identifying the driver.

HOW TO DEAL WITH ROAD RAGE: Jesse Kiser weighs in on how and why to keep your cool

Hopefully the Florida biker is okay, and based on the video’s widespread circulation, there’s a decent likelihood the driver will be brought to justice. And remember, don’t fight multi-ton steel machines when out riding, 'cause you're gonna lose.