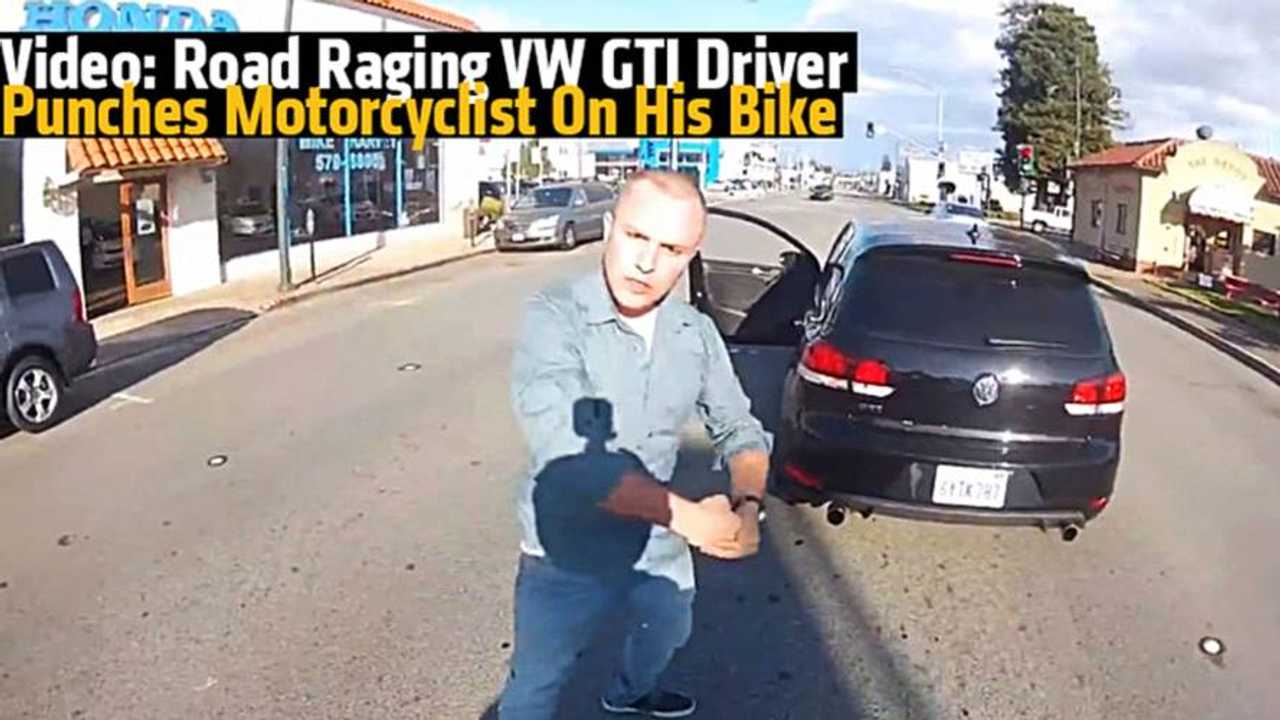 This example of road raging is both sad and hilarious. Watch the video of a hotheaded driver punching a motorcyclist here.

This video highlights the dangers bikers face everyday—self-entitled, road raging drivers who aren’t afraid to throw a few punches from time to time. The video shows the motorcyclist pulling away from a stoplight as the GTI driver spins his tires from the line—as if he’s the one trying to race.

According to the video description, the GTI driver then pulled behind the biker before speeding around, cutting him off and approaching the biker while stopped in the middle of the damn road.

“What’s up, fool?” the GTI driver said, macho-walking towards the biker as if is blue button-up shirt would intimidate the biker. “Hey, you better check yourself, fool?”

The GTI driver then throws a punch, hitting the biker in the side of the helmet. The biker attests he wasn’t trying to race, though Mr. GTI seemed to have some hurt feelings by being shown up by two wheels to his four. Apparently, not even a hot-hatch could make him feel adequate.

MUST SEE: Pinup Motorcycle Beauties from the 1980's | RideApart

The video description does add that the biker did file a police complaint and that it is just a matter of time to hear from the police department. This video will most definitely be the damning evidence that prosecutes the driver, because at the end of the day, karma can be kind of a bitch.