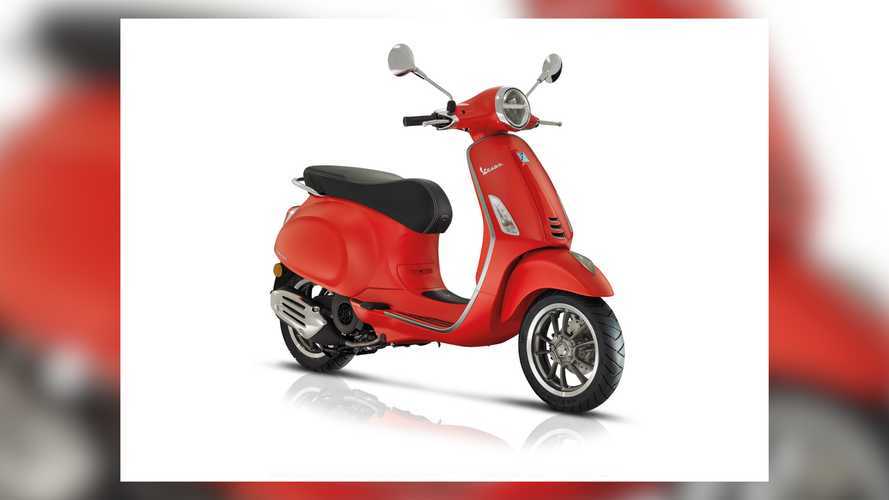 Spring has sprung for the Primavera.

Vespa has a long and storied history as a scooter manufacturer that both amazed and amassed fans around the world. You don’t get to that level over the decades without aggressively defending your intellectual property, though. Today, Piaggio proudly announced that it won a EUIPO decision in court against a Chinese scooter maker. The allegation: that two brands, Motolux and Dayi Motor, copied the design of the Vespa Primavera for two scooters shown at EICMA 2019.

As of May 25, 2020, Piaggio announced that the invalidity division of EUIPO canceled the registration of that single design, because it was, in EUIPO’s words, "unable to elicit a general impression different from the registered design" of the Primavera. Piaggio first registered the Primavera’s design with EUIPO in 2013.

In Other Trademark News:

Piaggio aggressively defends its trademarks around the world, pursuing litigation as part of broader anti-counterfeit efforts globally. The world is more connected now than ever before, which can be great if you’re trying to bring your scooter to the masses. However, defending your designs also takes constant vigilance, and a certain relentless drive to continually pursue legislation to swat would-be infringers away from your trademarks.

While the company is celebrating a win today, things don’t always go as they would like. In September 2019, Piaggio lost a case against Zhejiang Zhongneng, a Chinese scooter manufacturer. At the time, Piaggio alleged that Zhejiang copied its Vespa LX design, but EUIPO found significant differences, deciding that an average person should have no trouble telling the two apart from one another.

Pursuant to the Primavera case, Piaggio added that its anti-counterfeit litigation resulted in the cancellation of over 50 trademarks registered by third parties in the past two years. If they’re actual copies, that’s totally reasonable and good news. However, if there were more similarities to the Vespa LX case, where the designs were significantly different, it could be seen more as a case of Piaggio throwing its weight around. Without reviewing each of those 50 winning cases, or even all the trademark cases that the company both won and lost over the past two years, it’s difficult to say with certainty.

As motorcycle and scooter enthusiasts, we want to see companies get credit where it’s due, and also to not have their designs ripped off in bad faith. However, at the same time, we also want to see less well-resourced designers have the chance to build on history and come up with new things when possible. So many forms of art are iterative in some way, and it’s always a shame to see nascent creativity stifled.