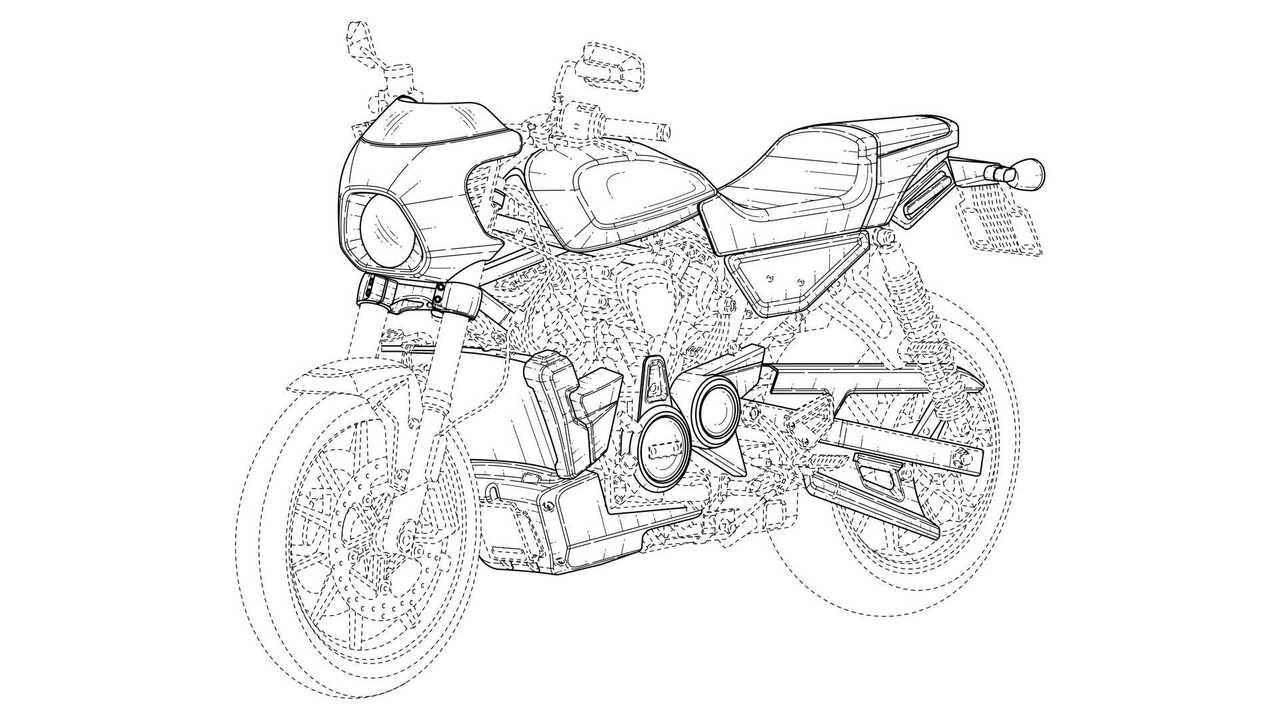 Submitted for your consideration: muscle café.

A few months back, I shared an opinion piece on RideApart stating that Harley-Davidson should bring back the flat-track-inspired XR1200 after spotting one at a dealer. At the time, one of the people at Harley had e-mailed me, sharing a story about how he had an XR1200 and raced bikes, adding that I didn’t know what the company had in the works and that I was in for a surprise.

Fast-forward six months and, lo and behold, it looks like the XR1200 might get a descendant after all. A pair of Harley-Davidson design trademarks have now surfaced, hinting at two future models based on the new Revolution Max engine.

The designs clearly show that the two trademarks use Harley’s new V-twin engine, introduced in 2019 in the upcoming Pan America (1,275cc) and Bronx (975cc). What the renders don’t disclose, however, is which displacement is being considered for the news models. The details on the cylinder heads are similar to the ones observed on the Pan America so we could suppose that the renders are based on the Revolution’s bigger block—at least on paper.

The café racer design uses the style’s key features including the bubble racing fairing, a cantilever saddle, a set of side panels, a pilion cover, and dual shocks at the back. The design is completed by a fuel tank reminiscent of the Pan America’s, what looks like a massive 2-into-1 exhaust, and asymmetrical wheels with a fatter tire at the back. Interestingly, the company decided against clip-ons and used a straight handlebar instead.

As for that “XR1200” revival, the design shows the use of a skid plate, a small cowl framing an oval headlight, a high-set dual exhaust, a floating plate holder, and a tubular swingarm. The flat track-style design doesn't come as much of a surprise, not because of Harley-Davidson's employee wink wink nudge nudge, but rather because competitor Indian has had a lot of success with its flat-track-inspired model, the FTR 1200.

A few months ago, both the café racer and flat tracker appeared as prototypes in Harley-Davidson’s investors’ presentation. The presentation included a timeline of the models to come with the Pan America and the Bronx listed in 2020, and a “performance custom” model scheduled for 2021. Neither the café racer or the flat tracker appeared on the timeline at that time which suggest they'll come at a late date. Considering that Harley likes to take its sweet time, we can probably expect the two new models to launch sometime in 2021 or 2022. We’ll have to wait and see.