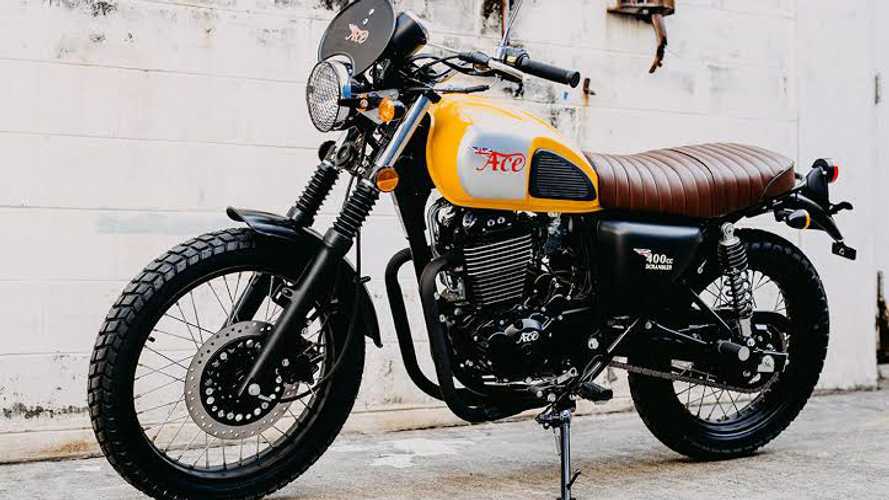 A sad time for those in the market for classy, affordable bikes.

The Philippines is no stranger when it comes to reports of corruption and government malpractice in practically every single one of its functions. Unfortunately this has taken a turn for the worst for the local motorcycle community, as a well loved motorcycle manufacturer has closed its doors permanently. It claims that the move was done due to corruption in the form of bribery on the part of the local and national government.

Ace Motorcycles is a British owned motorcycle manufacturer and importer sourcing OEM parts from China, and other parts of the world. They have operations in other Asian countries, as well as most European countries. They occupied a space that had a very useful niche for Filipino motorcyclists, producing affordable motorcycles with displacements ranging from  250cc to 400cc, with models in the scrambler and retro-styled segment, as well as adventure and dual sport bikes. As some of our readers are aware, the Philippines has a law wherein only motorcycles with displacements of 400cc and above are allowed access to the freeways, or expressways as they’re colloquially referred to. With Ace’s 400cc models being priced very low, they were accessible to those on a tighter budget, allowing people to have a personal mode of transport capable of taking them across multiple cities and provinces by way of the expressways, which was significantly cheaper than getting even a used car.

Due to Ace Motorcycles’ core values of conducting business in an honest and trustworthy manner, it was with regret that they informed their customers that their shop had been permanently closed, and that the Philippine business had been sold.

“We have had to make this hard decision after we found it impossible to carry out importing motorcycles in an honest and trustworthy manner,” said Ace Motorcycles in their Facebook page. Ace Motorcycles however, assured their customers that service, spare parts, and technical support will still be available for their bikes. Additionally, those interested in their motorcycles can still purchase their bikes whilst stocks last. Registration of these bikes would still be addressed, and a representative of the company can still be contacted for additional support. Lastly, Ace Motorcycles, in the same Facebook post, extended their gratitude towards their loyal customers who have patronized the brand since its entry to Philippine shores in 2017. They did, however, state that they hope to reopen shop in the future when “bribery, corruption, and bureaucracy are less prevalent.”

So there you have it, an unfortunate end for a brand that had so much potential to bring affordable mid to high displacement bikes to the masses. It just goes to show that the plight motorcycle startups in the Philippines have to go through can sometimes be too much to bear.