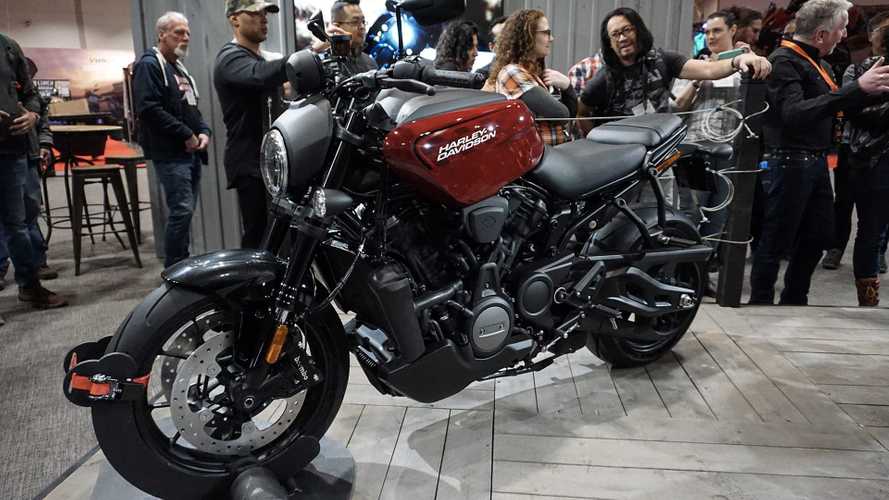 Two highly-anticipated Harley-Davidson models are coming in 2020. There is, of course, the company’s first mainstream production adventure bike; the Pan America. The market is thirsty for new adventure models so it’s no big surprise that this is likely the first name that comes to people’s minds whenever the subject of upcoming new Harleys is brought up. While the Pan Am is receiving most of the attention, it shares the spotlight with the Bronx, also expected to launch later this year as a 2021 model. Let’s take a closer look at the smaller of the two upcoming models.

Ready Or Not, Here It Comes:

Harley has tried seducing the sportbike-enthusiast audience before with little to no success. As the brand now seeks the favors of a new generation of riders, the time seems as good as any to tackle the sportbike segment once again. That’s where the new Bronx comes in.

Look-wise, Harley serves a quintessential naked sportbike silhouette. Picture a “streetfighter” in your head and that’s pretty much what the Bronx looks like. There’s very little negative space in this design, resulting in a dense and imposing-looking bike. The core is completely blocked out by the engine. The bike’s sharp s-shaped profile, upswept tail, and angular shapes almost seem exaggerated due to how much real estate is dedicated to the new Revolution Max engine.

The Max is an entirely new liquid-cooled, 60-degree V-twin, available in two displacement sizes—975cc and 1,250cc. The smallest of the two versions underlines the Bronx and is expected to produce "more than 115 horsepower" and "more than 70 lb-ft of torque", in Harley’s words. Power is sent to the back via a belt final drive.

Aside from the engine’s details and estimated power figures, Harley hasn’t released any other information regarding its new model and ultimately, we know very little about the Bronx. Upon closer inspection of the bike at the Toronto Motorcycle Show, we were able to add a bit of information to the list (provided this is as close to the production version as it gets).

We notice at the front that it uses a pair of discs teamed with a set of what looks like dual-piston Brembo calipers while at the back, a classic single disc and single caliper set up is used. The pre-production unit on display doesn’t seem to have the ABS so maybe Harley will choose to offer the feature as an option. The suspension set up includes an inverted fork and a single preload-adjustable shock.

There is a single gauge at the center of the handlebar suggesting the Bronx won’t be equipped with a complete Harley infotainment system. However, looking at the control clusters, it does look like it will be equipped with cruise control—provided these aren't parts from the bin used just for show.

We’ll eventually learn more about the 2021 Harley-Davidson Bronx, once the company is ready to talk about it. This is after all the same manufacturer that barely said anything about the LiveWire for five years until the model actually to launched. As a 2021 model, chances are the Bronx will launch sometime at the end of the Summer or in the Fall of 2020 at which point we’ll get all the deets.