The Lazareth LM 410 Is A Four-Wheeled Force 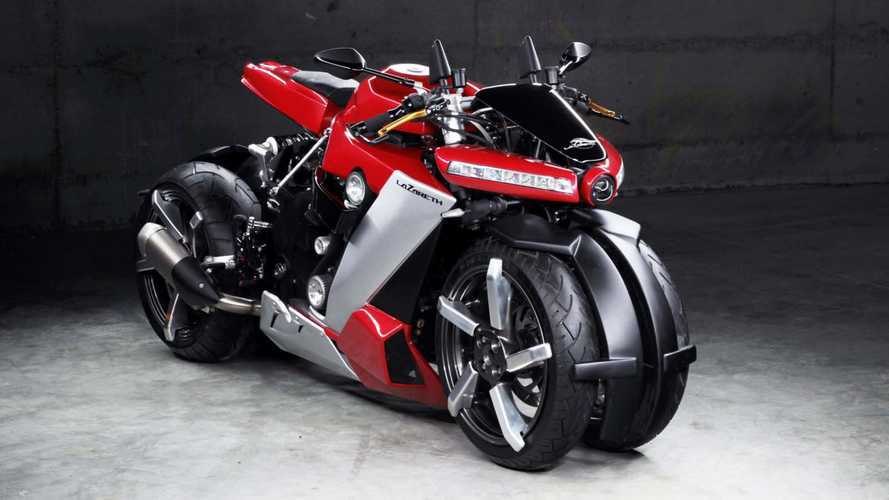 Maybe the Lazareth LM 847 wasn’t the most practical everyday bike, critics said. No worries, everyone! Ludovic Lazareth heard your concerns, and he’s nothing if not accommodating. That’s why he took what he learned in constructing the 847 and transferred it to creating the much more reasonable LM 410 you see before you.

That Maserati engine would’ve been completely unreasonable to live with on a daily basis, amirite? Who wants that kind of headache (and weight) in your leaning multi-wheel vehicle when you could have the beating heart of a Yamaha R1 instead? Much easier to manage!

The LM 410 is a four-wheeled leaning beast that stands upright on its own, wherever you choose to stop it, dismount, and snap a few scenic photos featuring your bike in various intriguing locales. It’s a long way from a Qooder stylistically, thus proving that four wheels can still look somewhat sleek, depending on how you configure them.

It’s closer to a street-legal—well, at least, in France—Batpod than anything, despite the Batpod only having two gigundo wheels since it broke off the side of Batman’s Tumbler as a handy emergency escape vehicle. If anything, the LM 410 looks far more practical than rolling around on two super-wide car tires.

Besides, with just 10 of these ever being made, its relative exclusivity would likely appeal to the likes of Bruce Wayne. Out of the box, it may not be the Dark Knight’s preferred color scheme, but it’s not such a stretch to imagine that he could talk Lazareth into doing something a little bit different for his €100,000—or US $107,965—crime-fighting four-wheeler.

Yes, we’re well aware that Gotham isn’t located in France.  However, we’re also pretty sure that Wayne isn’t exactly concerned with obtaining any kind of vehicle approval for most of the things he rides, drives, or flies around in the course of his baddie-stopping activities. Therefore, the LM 410’s road legality probably isn’t a primary concern.