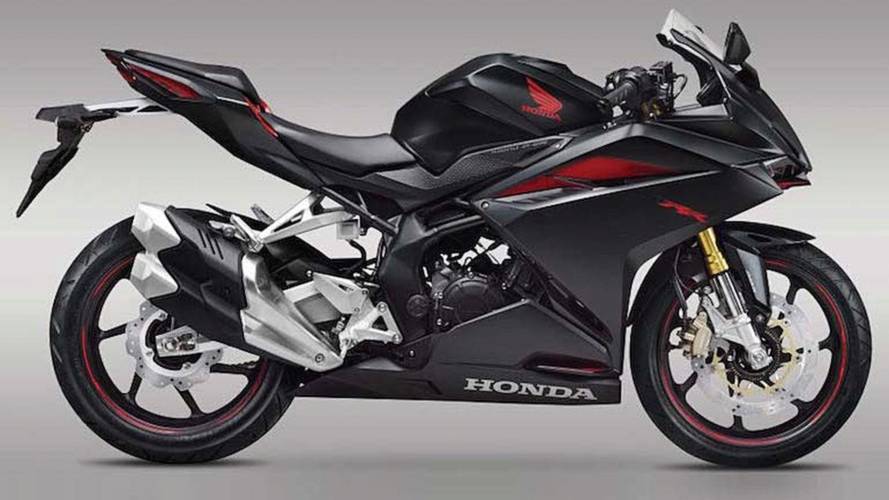 The 2020 model will feature a quick shifter, more power, and a new white color scheme.

After Kawasaki introduced the new Ninja ZX-25R at the Tokyo Auto Show, the Honda empire strikes back with upgrades to its venerable CBR250RR. Although Honda has made no official announcement yet, information has leaked out of a presentation for dealers regarding the updates for 2020.

The most notable change is a new white color scheme with a red frame and gold wheels. This is one sharp-looking bike, a throwback to some of the CBR's older color schemes while still bringing a new look than the darker current versions. It may be a 250 but this bike looks fast standing still.

Speaking of power, that will reportedly see a small upgrade as well, to 41 horsepower from the current model's 38. That's still not quite as much as the 45-horsepower ZX-25R, but it doesn't take much power to make these micro machines go pretty darn fast. What matters more is how the bike sends that power to the ground, which is why Honda is also adding a quick shifter, automatic rev-matching, and a slipper clutch. These features will only work with ABS models, though there is some question as to whether Honda will even make non-ABS models or not.

There's no word as to whether the CBR250RR will make it to North America or not, as the CBR300R already fills the small-displacement sportbike position in our lineup. Even if it doesn't, it opens the question as to whether some of the 250RR's upgrades might make their way to the 300R at some point. Either way, it's a good time for small sportbikes. Perhaps in time, people will look back on the 2020s the way we look at the 1990s that brought us such favorites as the Ninja 250.