This Custom BMW R90/6 Is A Sport Bike Hunter 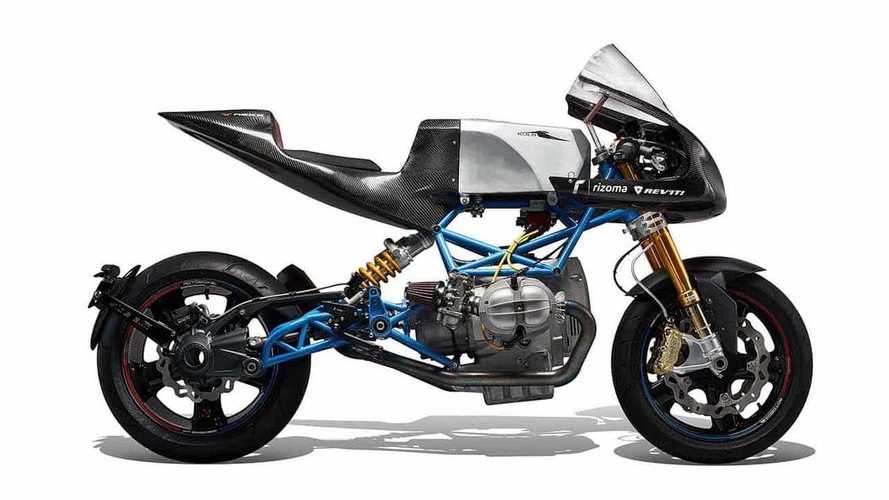 Call it an airhead one more time, we dare ya!

When you hear the phrase “custom BMW R90”, your mind immediately jumps to images of cafe racers. Produced by BMW from 1974-1976, the R90/6 naturally lends itself to cafe racer builds with a cradle frame, level subframe, and a large gas tank. On the other hand, everyone that owns an old Beemer isn’t looking to slide into a pair of skinny jeans and ride it down to the local fair trade cafe. Some believe that the R90 can still keep pace with today’s ultra-modern sportbikes—with a few upgrades of course. That’s where New York-based custom builder Scott Kolb comes in, turning an aging airhead into a potential track star.

R90s For The People:

North of New York City by an hour and a half’s drive, Scott Kolb’s garage frequently welcomes vintage motorcycles. As a classic race bike aficionado, Kolb knew that he wanted to pay homage to the Battle of the Twins race series held annually at Daytona Bike Week. Dating back to 1981, the 50-mile race featured historic duels and drove the development of the Britten V1000.

First, Kolb lifted the engine from a 1976 BMW R90/6 and sold the rest of the parts on eBay to help fund the build. With a 310-pound weight target, Kolb knew that lighter materials were a must. Using Rotobox carbon fiber wheels made for a BMW R nineT, Kolb also appropriated the rearsets, levers, blinkers, mirrors, and a license plate carrier from the modern BMW model. The builder also applied carbon fiber for the fairing and parts of the bodywork help to keep the weight down.

Next, the engine needed updating so Kolb increased the displacement to 1000cc, added larger valves, and dual-plugged the heads. A lightened flywheel, dynamically-balanced crank, and performance clutch also help the aging engine get its legs back. All the engine work equated to 82 horsepower, which is laudable for such a light build.

For the chassis, Kolb bent 4130 Chromoly tubings into a trellis frame that uses the iconic boxer engine as a stressed member.

“This visually frees up the wonderful cast block that we all love,” said Kolb, “but the real benefit is quicker lap times.”

Ohlins R&T suspension increases the handling characteristics of the old Beemer while mitigating weight contributions and a set of Brembo calipers from an S1000 RR helps the 310-pound bike shed speed. Of course, you can’t have a modern bike without modern electronics and a Motogadget m.unit feeds discrete Motogadget m.buttons and a keyless ignition system.

To finish off the build, Kolb applied the brilliant primary color scheme. The cyan blue and saturated red sharply contrast with the raw materials of carbon fiber and aluminum. You can catch Kolb’s build at the One Moto Show in Portland, Oregon on February 7, 2020—just look for the one vintage BMW that isn’t a cafe racer.