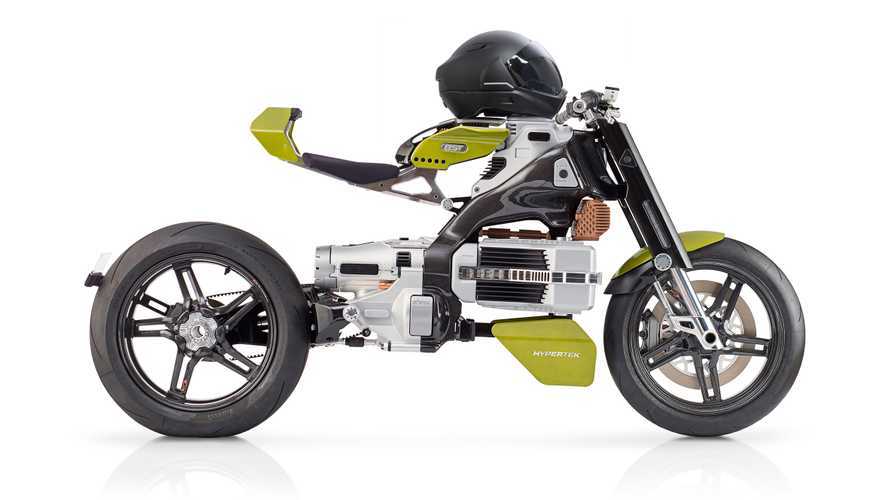 There’s something special about a stripped-down, efficient motorcycle design that puts everything on display for you to see. Every single person who put work into that machine is clearly proud of the finished product—and they have such sights to show you. You might not previously have thought of BST when you thought of electric motorcycle manufacturers, but that’s all about to change thanks in large part to designer Pierre Terblanche.

We Get A Peek At Kawasaki’s Electric Motorcycle

BST did indeed make some trick 17-inch carbon fiber wheels for their brand new Hypertek electric  bike, which you probably expected. The company also used its carbon fiber expertise in making the frame and front fork, which it describes as a “carbon fibre integrated structure with down tubes and triple clamps in one piece.”

Instrumentation, BST says, is integrated into a heads-up display helmet manufactured by Cross of Japan. (Is it an X1? It sure looks like an X1. BST didn’t specify.)

Anyway, I’m sure this point will be divisive, as some riders would prefer to have a choice between more traditional on-bike instrumentation and HUD. Then again, if it isn’t divisive, is a bold design like this really doing its job?

One more thing people will likely be divided on: This electric bike has a clutch. It’s non-slipper and regenerative, and BST specifically states that riders can rev using this clutch. Importantly for every rider who enjoys fun, BST also mentions, “Burnouts and wheelies standard features with Wheelie & Traction Control.”

There’s also a built-in sound generator, cruise control, and hill stop for an added sense of all-mod-cons-ness. BST says that it will be producing this bike in limited numbers, but it doesn’t mention what those numbers will be. If you’re interested, you’re invited to contact them to find out more. There’s no pricing or availability information available at this time.