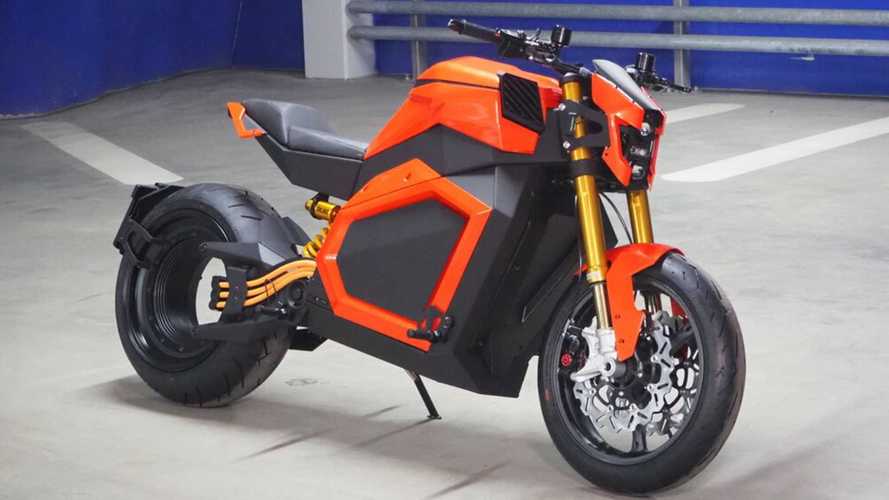 Going global at the speed of an electron.

All the way back in January of 2019, we all got a glimpse of RMK Vehicles’ E2 electric concept at the MP19 Motorcycle Show in Helenski. After the initial excitement generated in Finland, the company remained quiet about the E2 until the mid-October media rush leading up to EICMA. RMK released photos of a seemingly production-ready E2—sporting additional bodywork and clad in camouflage—along with promises of a big announcement to come. Yesterday at EICMA 2019, we learned that the big announcement includes RMK Vehicles rebranding to VERGE Motorcycles and the E2 going into production as the TS.

RMK Vehicles started as a passion project in a home workshop of creator Teemu Saukkio. The small operation allowed Saukkio to develop the hub-less rear wheel and hub-mounted motor of the E2 very quickly, but to reach an international audience RMK had to scale up. However, VERGE Motorcycles will pay homage to the original designer by naming the maiden model the TS.

Along with the image change, VERGE released the updated specs of the TS. The electric motorcycle pumps out 107 horsepower (80 kW) with a range of 124 highway miles and 186 city miles. In addition to the impressive power figures and range, the TS boasts an insane amount of torque with 737 ft-lb. If the TS doesn’t rip your shoulders out of their sockets on the first pull, VERGE also reports that the production model includes improved ergonomics.

Without resting on the laurels of the E2, VERGE equips the TS with an Ohlins monoshock in the rear and Brembo brakes up front. Of course, the hub-less rear wheel utilizes the same regenerative braking system from the original concept. DC Fast Charging also comes standard on the TS, and if it retains—or improves—the 2 to 3-hour charge times of the E2, VERGE could have a winner on its hands.

While we’re unsure if the model will make its way to US shores in the first run of production, we hope the rebranding helps the design reach a global audience. The VERGE TS will retail for €24,990 ($27,713) and is available for pre-order now. We will report on new details of the TS as they become available and don’t forget to follow our continued coverage of EICMA 2019.