Honda Is Working On A Motorcycle Tactile Head-Up Display 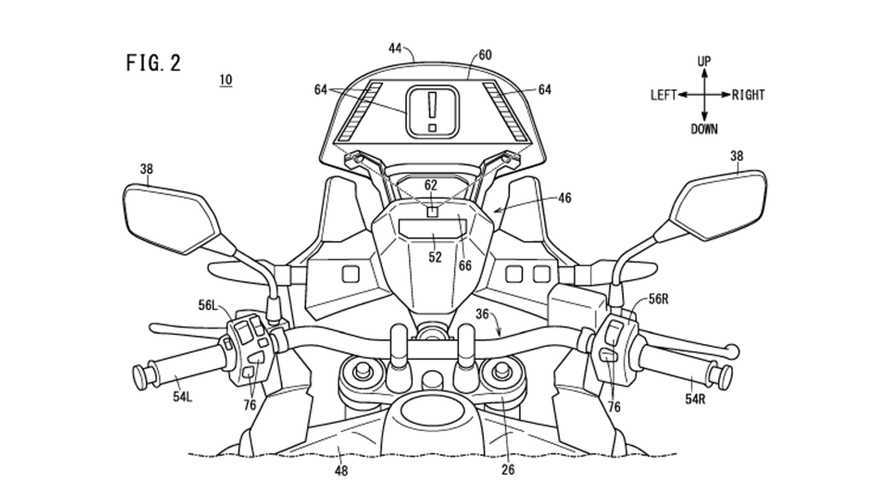 Are gauges about to become obsolete?

Head-Up Display or HUD is a technology used in aerospace that has started spreading to cars less than a decade ago. More recently, companies have started adding them to motorcycle helmets as well. Think about it—a HUD allows you to see your speed or consult your navigation instructions without having to look down at your instruments. It now seems like the technology could become available directly on motorcycles.

A number of helmet companies and startups have included a HUD element in their lids—none have become mainstream just yet, not even Shoei’s iteration of a smart helmet. While the era of the smart motorcycle helmets is slowly riling up, Honda is studying the possibility of having HUDs integrated directly to its motorcycles.

A patent released at the beginning of October shows a variety of Honda motorcycles equipped with a selection of HUD system variations adapted to different types of motorcycles. One of the versions is demonstrated on the Africa Twin (main image) and it positions a projector where the usual gauges cluster would be, projecting the image on the bike’s windscreen.

Mickey is showing us how it's done.

The HUD system would display usual information such as speed and fuel level, but would also be able to project turn by turn navigation instructions and warnings. In addition, also according to the document, the projection would be tactile. Using a transparent electrode applied to the windscreen, the rider would be able to use the HUD projection like a touchpad.

While the technology itself is pretty straightforward, being able to adapt it to a motorcycle is the real challenge. It will be interesting to see how Honda’s project will evolve over time and whether its next generation of motorcycles will feature the technology. I know a few helmet companies who must be starting to feel the heat now...