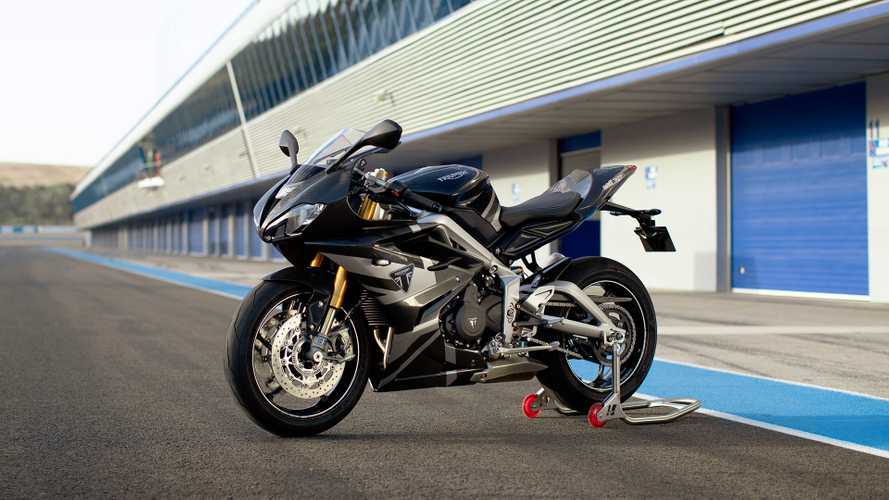 We knew it was coming, we now get our first look at it.

True to its nature, Triumph made sure to build up some serious hype surrounding its new model before showing it in the metal. I was true of the Scrambler, the Speed Twin, and the Rocket 3, so of course there would be some proper teasing about the returning Daytona. Finally, on August 23, Triumph unveiled the all-new—and very limited—Daytona Moto 765.

Many people have very fond memories of the Triumph Daytona 675—it’s no big surprise considering the fully-faired Triumph sportbike was a rather successful model. Chances are that quite a few nostalgics out there will be happy to know that the Daytona nameplate is making a comeback, armed with a new engine and a new attitude. The only downside: it will be a very limited edition, so it isn’t an official comeback.

We had an idea more or less of what the returning model would look like. Between the spy shots and the bikes already on the track in Moto2. This, however, is our first official look at it and it’s gorgeous! The design is more or less an evolution from the previous 675 with its classic sportbike silhouette with a full fairing decorated with feline-looking dual headlight and pointed nose, the upwards tail, the clip ons, etc. The model is built on the same chassis as the Moto2 racing Triumphs. This allows the bike to be lighter and also more performant, both on and off the track.

The special edition Daytona also uses the engine developed for the Moto2 racing series—which in turn is based off the Street Triple’s mill—a high-performance 765cc triple rated at 128 horsepower and 59 lb-ft of torque. The block carries over a number of racing features including titanium inlet valves, new cam profile, new intake trumpets, MotoGP-spec DLC coated gudgeon pins, etc. To keep the weight low, the fairing is entirely molded out of carbon and the frame and swingarm have received an anodized finish which is lighter than a regular powder coating.

Support is provided by a set of adjustable Öhlins suspension, with a 43 mm inverted fork at the front and a monoshock with piggy back reservoir at the back. Stopping power is offered by Brembo with a pair of four-piston Stylema calipers at the front biting into 310mm discs at the front and a single-piston caliper teamed with a 220mm disc.

The 17-inch cast aluminum wheels are wrapped in a set of Pirelli Diablo Supercorsa SP tires. Other features include an Arrow titanium exhaust tip, carbon fairing extravaganza, a racing saddle, five riding modes (including a customizable one), a six-gear transmission with Triumph Shift Assist up and down quickshifter system, color TFT instrument cluster, and more.

Only 765 Triumph Daytona Moto2 765 will be available on the U.S. and Canada market, and another 765 will be dedicated to the other markets. Each unit will receive a special serial number out of 765, engraved in the handlebar. The limited-run model is expected to roll out of production in 2020 and pricing has yet to be announced.