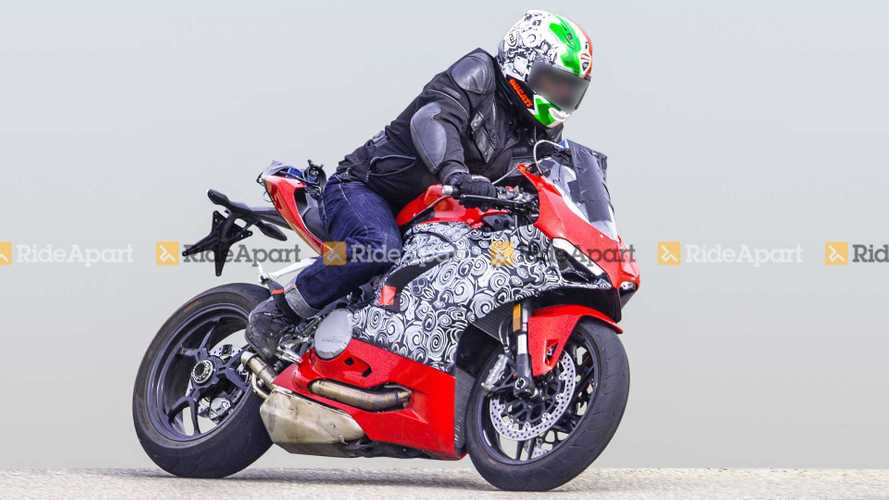 The twin lives on!

With the Panigale V4 fresh off the drawing board and replacing the 1299 as the lineup’s flagship, it was time the entry-level Pani was shown some love. The rumor of a heavily updated 959 coming were already spreading. It was all a matter of figuring out which engine it would use. We now know what mill Ducati decided to use: the era of the twin lives on!

A Closer Look At The Pani:

Early rumors about a new “baby” Panigale suggested the model would swap its current Superquadro twin for a detuned V4, doubling the number of cylinders. However, it seems like the L-twin (Ducati’s 90-degree V-twin) will live to see another day and many more. In fact, the mule spotted making the rounds is rolling on a two-cylinder mill, which suggests the Borgo Panigale brand opted for a small increase in output rather than a muzzled four.

Though it is seemingly sticking to its twin guns, it is likely that Ducati has taken advantage of the redesign to slightly increase the displacement—still below the V4’s 998cc, of course—as well as the output. Some suggest the new power rating could near the 160 to 170 horsepower.

Look-wise, the 959 obviously borrows some styling cues from its big brother with a new fairing design, integrating the predatory dual headlight. The nose is now slightly more rounded, giving the headstock appealing new curves. The shape of the air curtains has also been modernized, however the profile remains very similar to the previous generation. The most noticeable change aside from the fairing design is the disappearance of the double-side swingarm, replaced by a single-sided unit.

With the new “baby” Panigale now going through the testing rounds, we can likely expect the production version to show up towards the end of the year, possibly at Intermot or EICMA. With the Panigale leading the sportbike offensive for 2018, an upgraded entry-level should help strenghten the nameplate’s