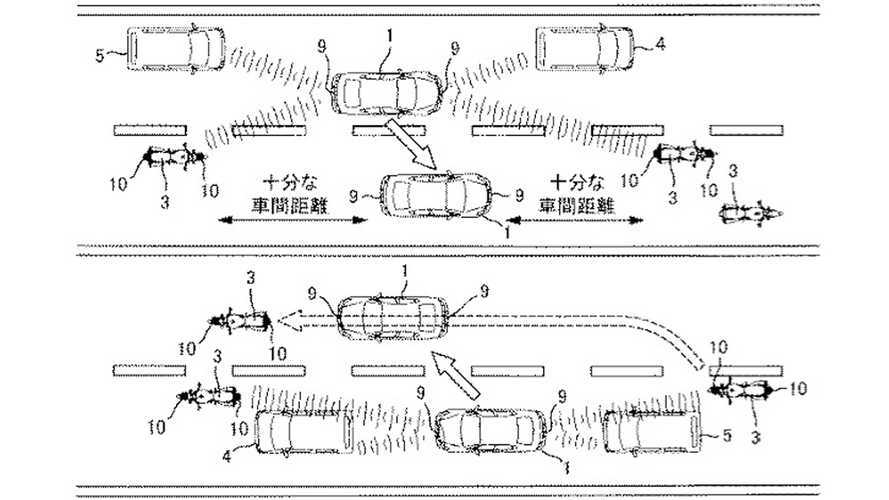 Suzuki motorcycles might be getting in on the Radar Love.

More and more new cars are coming equipped with collision sensors as standard equipment. Since they are becoming so ubiquitous, it seems as though Suzuki is getting in on the game. Though they seem to be leading an ongoing quest to make a safer motorcycle, they're not currently considering installing sensors on their bikes (as far as we know). If a recent Japanese patent can be believed (and correctly interpreted), the company is looking to install radar reflectors at strategic points on their motorcycles to make them more visible to other vehicles, especially ones that do have collision sensors.

These radar reflectors can also help us in the dawn of the self-driving vehicle. They are not common on American roads yet, but as more cars like the Tesla come online with partial to full self-driving modes, one of the great fears for us motorcyclists is, how well do these cars’ automatic sensors see us? Currently, not so well. The radar reflectors will work with the self-driving cars’ sensors, helping us out and working with those automatic systems so that we show up just like any other vehicle on the road – or better!

The current designs, as reflectors only, means that they do not draw power to function. This also means they can be retrofitted to any existing motorcycle. This sort of reflector setup will become more and more important the more cars with collision sensors are on the road. With them we can be safe(r) from all the drivers who are relying on the sensors and paying more attention to their cell phones than the road. Maybe.